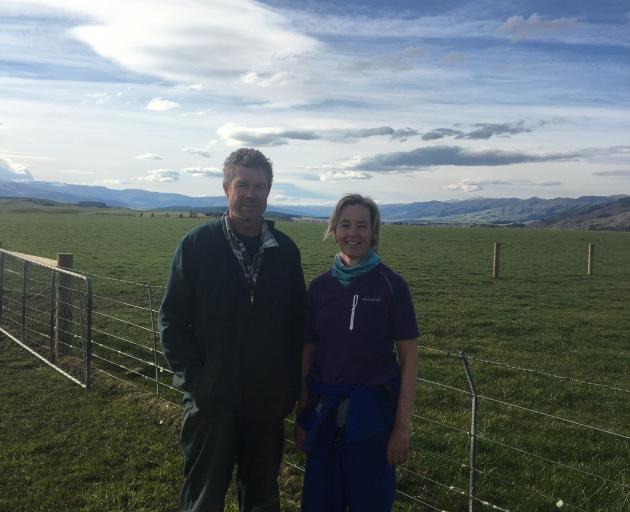 "The lunches were a great success and it showed farming women are an important part of the sheep and beef sector and it’s great to see that their value in the business is being recognised."

She and her husband, Bevan, have a 280ha (effective) all-sheep operation near Wendonside.

They run 2500 Coopworth-Texel ewes and 750 hoggets, although they have occasional winter dairy grazing, depending on the season.

"We run a low-cost, high-producing unit with no additional staff employed.

"However we have just added 108ha, so things may change."

Emma and Charlotte are attending Otago University and George is in year 13 at the Southland Boys’ High School.

The couple were the overall winners of the 2015 New Zealand Ewe Hogget competition.

Mrs Hopcroft got involved with the council after starting a farm discussion group for sheep and beef farming women in northern Southland.

"I did that after attending several Agri-women’s Development Trust courses such as First Steps and Understanding Your Farming Business and it snowballed from there.

"It was also about the time that my children became more independent and I needed to keep myself busy with things other than children’s sport.

"We are also involved in the Red Meat Profit Partnership hogget lambing group for the past two years.

"That has been a great group, which has led to more productive but less problematic hogget lambing.

"We have been lambing hoggets for 25 years now and this group has given us more enthusiasm to perfect the recipe before we retire.

"I am also secretary of the Wendonside Catchment Group."

She encouraged farmers to support the work the council and BLNZ does.

"All farmers pay levies and BLNZ have some great resources to tap into and they host some great field days and speakers.

"I believe that you should never stop learning as a farmer and it is great for your business to keep striving for better and to learn from other farmers.

"Also an important aspect is just meeting other like-minded farmers and talking about what is happening in your area etc."

The increased level of compliance and paperwork required including health and safety plans and Farm Environment Plans mean extra time on the computer for farmers who would prefer to be out on the farm working.

"Farmers are not always so good at things like this so BLNZ and the council run workshops to help farmers.

"They make it simple and easy to get things done and have expert knowledge available.

"We are also very lucky to have Olivia Ross as our extension officer as she does an amazing job."