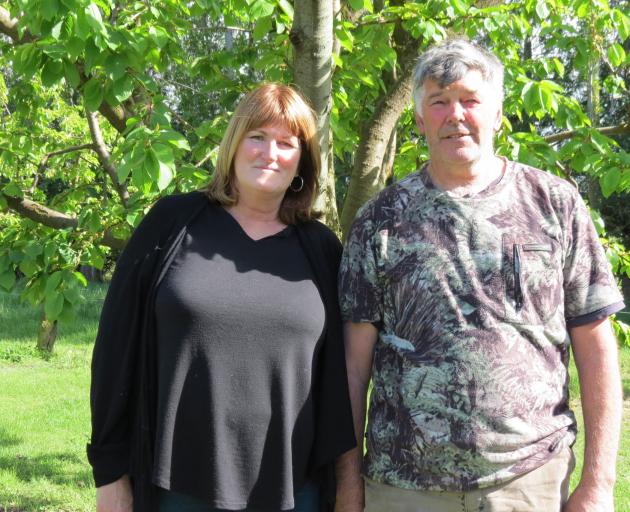 The farm belonged to Mr Black’s family and was converted in 2000.

They also have a 40ha orchard on their home block in Roxburgh East, which includes 300 cherry trees.

The couple visited the farm every month and while the sharemilkers managed the day-to-day operations, they worked together on larger infrastructure projects, including track work, housing maintenance and tree and shrub planting, Mrs Black said.

They stepped back from the dairy operation because they wanted to give young people an opportunity to progress through the industry.

‘If they want to live their dreams and become dairy farm owners, we wanted to give them the security to do that," she said.

They run 35 beef cows and sell the calves every March and also have a property in Dunedin for their children’s university fund.

They sold a 120ha block in Ettrick in April, which was used for dairy grazing, and were working out what their next project would be, Mr Black said.

Mr and Mrs Black have a Park Over Property area for a handful of self-contained motorhomes and camper vans.

Mr Black said they had met some "amazing people" through the POP.

"They don’t rip you off, and just enjoy their lifestyle."

Their orchard was a cottage industry, largely "pick your own" or pick to order for the domestic market.

"We are too small to export and I am not really big on spraying so we grow for the New Zealand market," Mr Black said.

They usually employ backpackers who provide their own accommodation, although they feed them, or else the Black family picks the fruit themselves.

"We have met some really nice people who have become friends," Mrs Black said.

They are not sure what will happen this season with the RSE (Recognised Seasonal Employer scheme) workers unable to come into the country to work on the orchards.

"I hear all the time orchards don’t pay enough, but we have known backpackers who earn really good money.

"The best plan is to get the Government to allow RSE workers in the country."