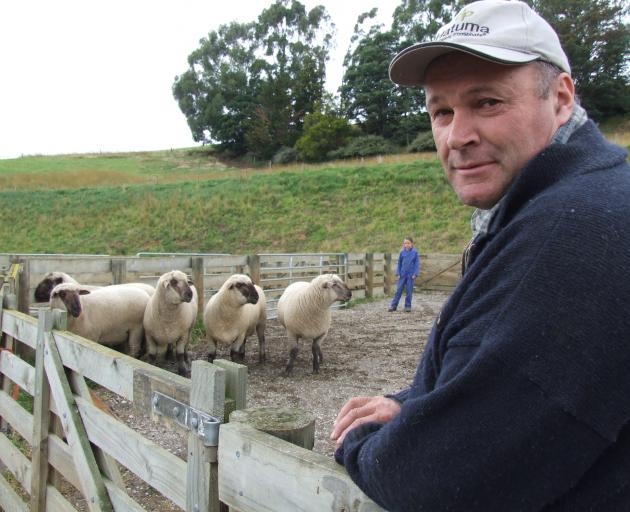 At its recent annual meeting, the association acknowledged the years of service given by John Dodd and Murray Isbister.

Mr Dodd, who farms at Tapui, has been involved with the organisation since the late 1980s. He was its president in 2000 and nowadays is convener of the sheep section.

He said there were still people who were willing to go along to judge the sheep at each A&P show. They seemed to enjoy the camaraderie that went with the role, often meeting up with sheep farming colleagues from across the country who also did the rounds of the shows.

Mr Dodd is a sought-after sheep judge himself.

''The best thing in the last few years is the young children from the secondary schools getting involved in sheep judging and being stewards,'' he said. 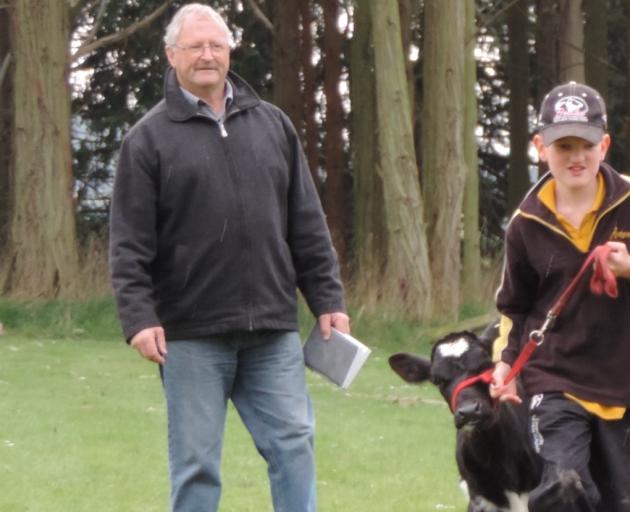 Murray Isbister has always helped young people interested in farming, with activities including judging school calf competitions. Photo: Allied Press files
They were learning about livestock and picking up the sort of knowledge that could contribute to the industry in the future.

Mr Dodd said his own children were also interested in farming. One was already studying at Lincoln University.

He runs Romney and Dorset Down sheep and Angus cattle on a family farm that carries 3500 to 4000 stock units, depending on the season.

While there have been big changes in all the other land uses, sheep farming was continuing much the same as usual, he said.

''Sheep have never been better.''

Mr Isbister has always been interested in showing livestock. He treasures medals won by his great-grandfather in 1872 and 1879 for Ayrshire cattle and Clydesdale horses.

Showing skipped two generations, as his grandfather and father did not go in for the practice. But as a schoolboy in the 1950s Mr Isbister helped a neighbour who took his Jerseys to the A&P Show.

In the early 1970s he won a prize with the first calf he showed from his Ardgowan Friesian stud.

The family then moved to Papakaio and later to Five Forks. Mr Isbister has now retired to Oamaru but is still heavily involved in the rural sector.

He is mentoring a new generation of young people as a volunteer at Waitaki Boys' High School's Fraser Farm. He helps to instruct agriculture pupils from the Oamaru secondary schools and sometimes hosts visitors from primary schools and overseas tour groups.

The A&P Association has remained a priority throughout all the changes in location and activity. He was president back in the days when the show was on a Wednesday. The clean-up was on Thursday, then he hurtled home to help get his house and garden ready to be the venue for his daughter's wedding that same week.

These days Mr Isbister is in charge of displays and events under the grandstand. However, other areas are often short-staffed, so he lends a hand elsewhere as needed.

He agreed with Mr Dodd that it was great to have help from school pupils, with the likes of shifting jumps in the equestrian arena. He hoped they would also become lifelong participants in the A&P Association.