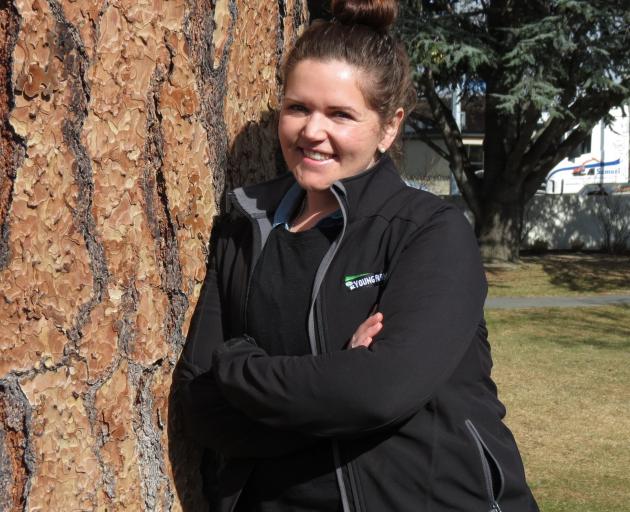 ''Nationally, we are going to increase our focus on Young Farmers clubs and the [school-based] TeenAg clubs,'' she said.

''Moving forward, the challenge for us will be how we are going to structure that.''

She also wants to encourage a greater uptake of the organisation's education ''Agrication'' food production resources, which have been developed by NZYF and teachers, ticked off by NZQA and funded by the Red Meat Profit Partnership for schools, which are designed to give pupils a greater awareness of food production.

''It [agriculture] is more than just muddy gumboots and chasing cows.

''There is a science behind it, a higher level of thinking.''

She said NZYF had talked to school principals about the fully-funded Agrication resources, which could be used with core subjects from primary to NZQA levels.

Pupils who were studying statistics or data core subjects could use, for example, the sheep genetic module as an additional resource.

Ms Huddleston would also like see more TeenAg members participate in NZYF club activities, including district competitions and finals, to add to the pool of potential new NZYF members in the future.

''We are looking at empowering Young Farmers club members to work with TeenAg Clubs, but we don't know how that is going to work yet.

''Also, often Young Farmers club members organise events and only a handful of people show up despite all the time and effort put into the organisation, so if we can get the TeenAg members to those events, that will be quite a cool connection.

''Our chief executive, Lynda Coppersmith, has been on a road trip talking to different clubs and to members, putting the idea out there and getting really positive feedback.''

Ms Huddleston is the new territory manager for the lower South Island, a job she returned to after three years away.

She moved to a lifestyle block in Alexandra with her partner in June and they plan to get married in February.

''When I first started six years ago I was employed as territory manager to cover Aorangi region and Otago-Southland region,'' Ms Huddleston said.

NZYF then received funding to employ a territory manager in each of the organisation's seven regions and she focused on Aorangi and someone else covered Otago-South-land.

With the funding now finished, she returned to her role for the lower South Island two months ago.

Ms Huddleston and her colleagues, including other territory managers, and senior leading team members, will be working together to set up the strategy and develop operational plans during the next few months.

She is keen to introduce a points system to measure achievement for Otago-Southland Teenag clubs, similar to the one she introduced for Aorangi.

''It is giving the clubs a bit more direction and structure,'' she said.

The next few months will be busy for Ms Huddleston.

In addition to getting married in February, there is the coming NZYF's local teachers day trip in Dunedin, as well as the Otago district Young Farmers Competition final in MiddleMarch on October 19, and the Southland one in Mossburn on November 17.