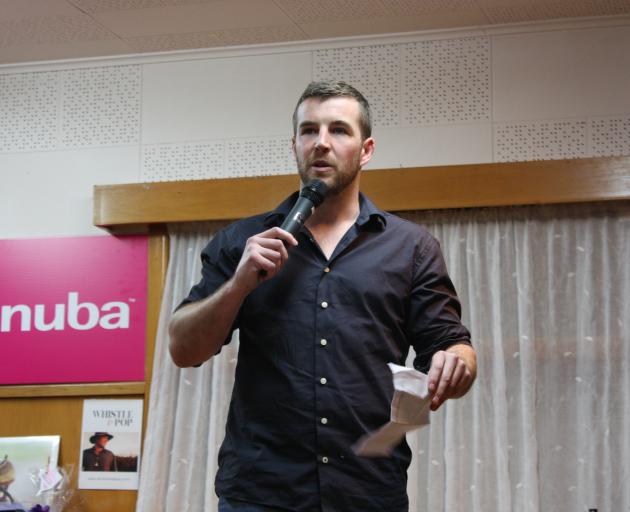 Sam Robinson shared his own story with the crowd at the Kurow Hotel. PHOTO: GUS PATTERSON
If Sam Robinson had his way, talking about your feelings would be a school subject.

The 29-year-old who grew up on a farm near Methven is itching to get his message across to mental health professionals and educators, as well as the rural people he spoke to during the recent Will to Live Speak Up tour.

Sam joined Will to Live founder Elle Perriam on the tour of 17 towns throughout the country.

Agricultural worker Elle established Will to Live last year to boost awareness of rural mental health issues after her boyfriend, shepherd Will Gregory, took his own life.

Sam told the Kurow gathering he had battled depression since 2008 but kept it to himself for a long time. That just compounded it.

''I was head boy, in the First XV and First XI - on the outside it looked like I had it all.

Describing mental health patients as having ''a screw loose'' is ''hardly conducive to helping someone''.

He believes education is the key to removing that stigma.

''We need to do more around education. I got taught about Pythagorean theorem at school and I haven't used it once.

''If I got taught about how to talk about my feelings, I am sure that would have helped a hell of a lot more.''

By the time he knew he needed help with his depression, he wasn't impressed with the system he encountered.

''The system is f*****. It [takes] eight weeks in Christchurch to get an appointment with a counsellor.''

He felt very uncomfortable slinking into the consultation, to be confronted by a stranger with a clipboard and later be sent an invoice.

However, the blame doesn't lie with the practitioners, he says. They're operating as they were taught to and are in such high demand they don't have time do otherwise.

Rural men would be much more likely to talk about their feelings if a counsellor could chat to them at a bar leaner while they played a game of pool, he said.

''There's such an influx of demand. People need to get help earlier.

''Nothing's stemming the cause. It's all been ambulances at the bottom of the cliff.

''My whole goal is to get in front of professionals and change things.

''I want to go to a conference and tell people to change it up.''

Sam would ''semi-broach'' the subject in years 5 and 6 at school, ''then really ramp it up'' from year 9, when hormones, exams, and many other factors caused stress.

He hoped one day young people would find it perfectly natural to talk about their feelings.

In the meantime, one of the difficulties in spreading the message was getting people to events like the Will to Live tour.

He admired what celebrities such as Sir John Kirwan had done for mental health, but the tour speakers appealed in a different way because the audiences could relate to them.

Elle had feared young rural males might be too ''hard bastard'' to listen to the speakers.

''But people have been so attentive. You could have a pub full of 150 people and you could hear a pin drop.

''They are there and wanting to learn. Everyone has mental health just as much as physical health.''

Funds raised at charity auctions during the tour would go towards a tour of workshops Elle was planning for next year.

Will to Live held its AGM last weekend. Sam said discussions would include the possibility of staging a panel event ''almost like [New Zealand television programme] 7 Days'', where the panellists would answer audience questions.

''We've been bouncing ideas around while we were on
the road.

''We want to try to align it with Canterbury cup and show week.''

For those who can't or won't attend, the aim is to have the panel discussion live-streamed on a farming network. 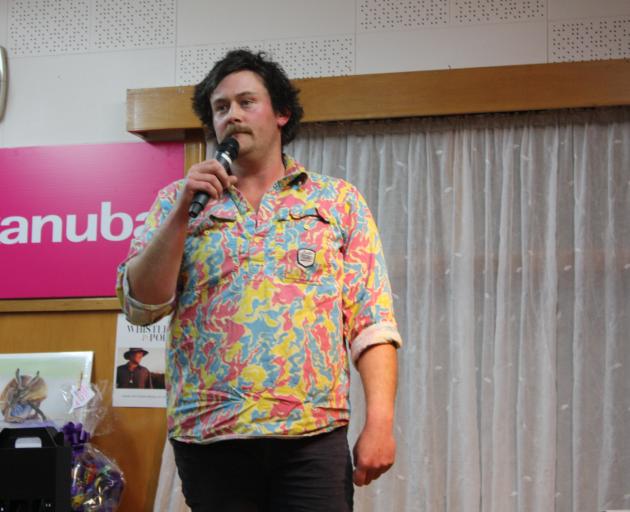 At the Kurow Will to Live Speak Up event, Harry Railton said the traditional image of the high country farmer needed to change.

''You go to the pub and everyone is talking about work, and that is not a bad thing, but we need to be more open about our feelings.''

However, there was always room for a bit of dry rural Kiwi humour.

''You can't be too serious all the time - do the important stuff well and have fun with the rest of it.''