The two officers are Senior Constable Jim Manning, of Lincoln, and Senior Constable Scott Carmody, of Arthur's Pass. The suppression order stopping their names from being released was lifted by the court on Tuesday.

The two officers apprehended the alleged gunman on Brougham St on March 15 following the attack which killed 51 people at the Al Noor mosque and Linwood Islamic Centre. The arrest was caught on camera by a passerby.

The officers used their police vehicle to ram the alleged gunman’s car off the road before arresting him.

Said Senior Constables Manning and Carmody: “This was an extraordinary event and we want to acknowledge the victims of this tragedy.

“Since 15 March we have received a huge amount of support from leaders at New Zealand Police such as Canterbury District Commander John Price, Commissioner Mike Bush and the Police Association."

"Such honours are very humbling but this award is for all police officers who put themselves in harm’s way every day. From our perspective we were doing our job and I know our colleagues would have done the same thing in that situation," said Senior Constables Manning and Carmody.

“Our actions are reflective of who we are as police officers and as Kiwis.

"Every day when we go to work the safety of the community is our priority and that was our focus when we made that arrest on 15 March." 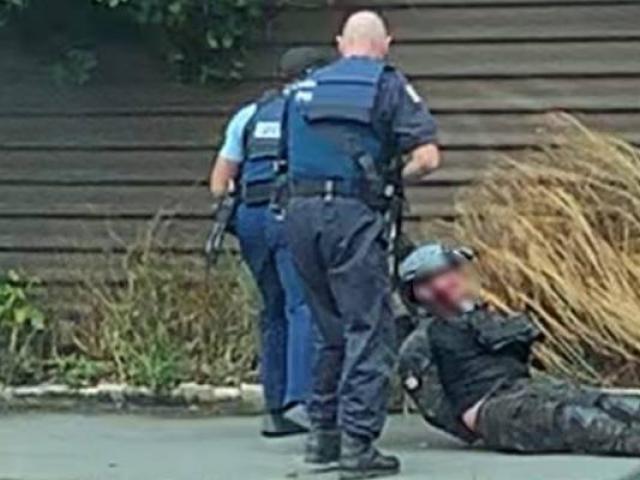 "They put their lives at risk to stop the alleged gunman and stop further harm.

“The events of 15 March were truly tragic and something we as a country have never seen before and I would hope never see again.

Senior Constable Manning has previously been in the media after he was targeted on Facebook by a man he apprehended in 2017.

He also sent a Facebook message to Senior Constable Manning's wife which said her husband would probably serve time in a "nice cold prison cell" and asked "how did you ever wind up marrying a lowlife scumbag thug?"