Nest cams on the Ashley River bed captured four wheel drive vehicles and motorbikes driving through the colony last week, with the Canterbury Regional Council reporting that 10 birds were killed.

The native birds are protected and classed as a critically endangered species. 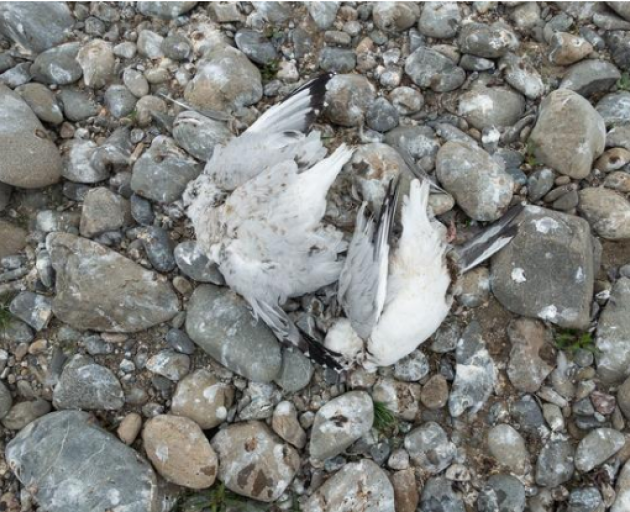 Gulls killed by people driving their 4WDs through a gull colony in North Canterbury. Photo: Supplied / Ashley-Rakahuri Rivercare Group
"We are progressing quite satisfactorily in terms of trying to reach a solution with locating these people, and having a conversation with them to determine exactly what went on," Timpson said.

Disturbing black-billed gulls could result in a $100,000 fine and/or two years in jail.

It was currently the middle of nesting season for the birds, which are the most threatened gull species in the world, Timpson said. 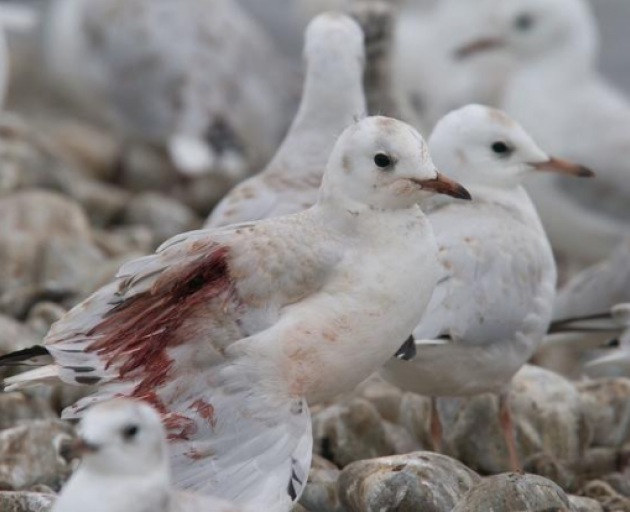 A gull injured by people driving 4WDs through their colony in North Canterbury. Photo: Supplied / Ashley-Rakahuri Rivercare Group
"The species rely on this habitat to survive and I think it is an area that is probably not as valued by some people in the community, and I think there are some behaviours that have got to change to give these birds a fair go."

The area is regularly monitored by the Ashley-Rakahuri Rivercare Group and the Canterbury Regional Council. 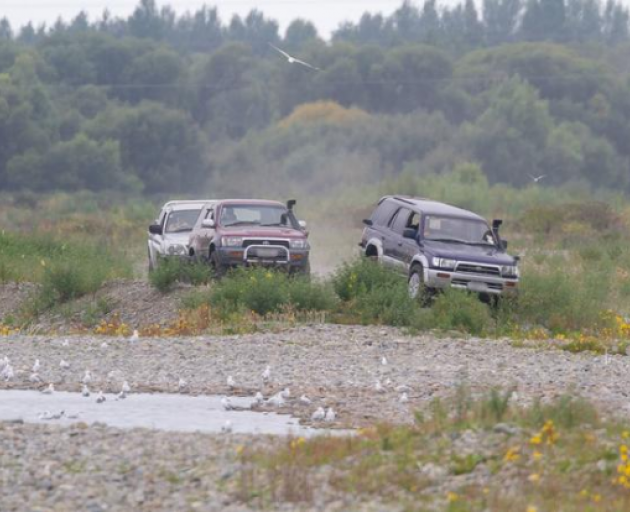 The culprits who ran over a gull colony in North Canterbury. Photo: Supplied / Ashley-Rakahuri Rivercare Group
The rivercare group said this year has seen the second biggest black-billed gull colony on the Ashley River in 20 years, with 1278 nests producing the same number of fledglings.
RNZ