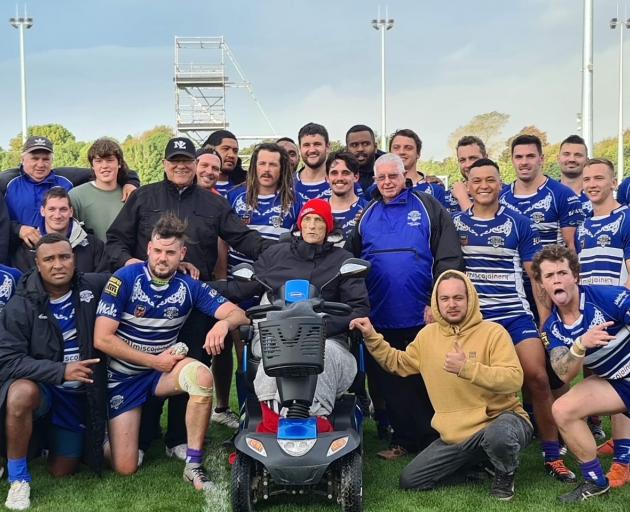 The loss of club stalwart Glenn Scott (centre) has been a motivating factor for the Bulldogs. Photo: Supplied
Frank Endacott has dealt with an extensive injury toll this year, but the loss of a non-playing member of the Northern Bulldogs has hurt this Canterbury Rugby league premiership campaign the most. Chris Barclay reports. 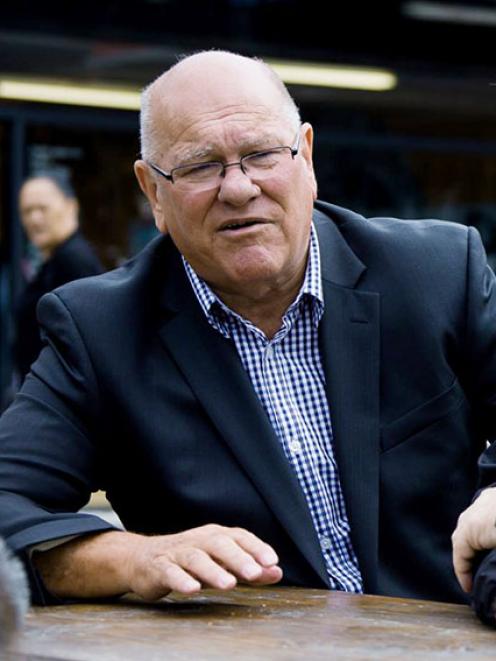 Frank Endacott.
The death of club stalwart Glenn Scott in April, following a battle with bowel cancer, continues to cast a shadow over this season, though the 50 year-old is also a motivating factor as the Kaiapoi-based side strive to improve on last year’s grand-final defeat to Linwood.

Snaring the final play-off spot by beating Papanui in the final round of the regular season, the Bulldogs, like Hornby, Linwood and Halswell, rested up last weekend before the race to the August 15 tussle for the Pat Smith Trophy.

Halswell host Hornby on Saturday, with the loser dropping out. The winner then plays either Hornby or Linwood, who meet at Leslie Park.

“The death of our No 1 man at the Bulldogs, Scotty . . . we’ve really had a horrendous year. It’s a real achievement for these guys to finish in the top four,” said Endacott, the Bulldogs head coach.

The Bulldogs fashioned a seven-win, seven-loss regular season record, with Endacott believing two of those defeats could have been avoided in normal circumstances.

“That week of the funeral and the week after we lost two games we believe we should have, and could have, won (against Riccarton and Hornby),” he said.

“It took a while to get them (the players) back because they thought so much of him as a person. To be honest, we’d love to do it for him this year. That’s always at the back of our minds.”

Injuries have also been a constant, with Endacott estimating he was down six to seven first-choice players most weeks.

“We’ve been riddled with injuries from day one, there’s too many to really mention. They’re experienced players, too, good players that weren’t short-term injuries,” he said.

On a positive note, Endacott was pleased to enter sudden death on the back of two wins, while a depleted Halswell were thrashed 64-12 by top seeds Hornby in their latest outing.

The Bulldogs beat Halswell 28-18 in May while the Hornets turned the tables with a 30-16 victory earlier this month.

“It’s a 50/50 game, right up the middle. Halswell are definitely a better side than that (loss to Hornby),” Endacott said.

While league approaches the business end, it was job finally done for Marist Albion when they edged Burnside 20-13 after extra time to claim their first Metro Cup premier title since 2003 at Rugby Park on Sunday.

Marist Albion claimed their first Christchurch Metro Cup title since 2003. PHOTO: BRIDGITT ROBINSON
Marist Albion made amends for their narrow loss to Lincoln University in last year’s final by chipping away at a 13-5 half-time deficit having played into the wind.

James Hawkey levelled the scores with a 74th-minute penalty and then Dom Gardiner, who missed the preliminary final win over Lincoln University due to New Zealand under-20s duty, powered over under the posts in the final minute of the first 10-minute period of extra time.

Burnside, who were on a five-match winning streak, pressed late, but Marist Albion managed to clear from a defensive scrum feed hard on their line, with Jack Esenbach’s gleeful kick dead sparking wild scenes for the squad that qualified sixth for the play-offs.

Replacement hooker Rowan O’Gorman, the only active player remaining from the 2003 triumph, poked his head up just in time to see the ball spiralling to safety.

O’Gorman reckoned the road to glory actually started when they stared down a 21-0 deficit after 35 minutes against HSOB in week one of the finals series.

“James Hawkey scored and one of the boys on the bench said: ‘We’re starting our run for the final’. Trent (Lawn) made the call and he’s come right,” said O’Gorman, who scored the match-winning try against HSOB to keep the season alive.

“It’s been a long-time coming. The boys put in a 100-minute shift. Credit to Burnside as well for where they’ve come from over the last 12 months.”

Marist Albion coach and former All Black Ben Blair played alongside O'Gorman in the 2003 final - against HSOB.

"The last four weeks have been a pretty great run actually. All of the games went to the wire, it hasn't been easy. It's pretty satisfying to finally," he said.

Blair said when the side gave HSOB a 21-point start in their elimination final on July 3 he feared Marist Albion would be relegated to the second-tier plate competition.

"Getting that win in the last minute gave us some confidence to go on a bit of a run," he said.

Meanwhile, Coastal Spirit made a belated – and successful – start to the Southern League, upsetting Mainland Football premiership champions Cashmere Technical 1-0. Michael Hogan scored the only goal from the penalty spot in the 73rd-minute following a hand ball.

They now play their postponed week one clash with Nelson Suburbs on Saturday.

Coastal Spirit’s women’s team capped an outstanding weekend for the club when they claimed their premiership for a fifth successive season.

Cashmere Technical will seek to bounce back in the Chatham Cup quarter-finals away at Hamilton Wanderers.

There has been no change at the top of Canterbury Hockey’s men’s premier grade. Harewood’s 6-1 win over Southern United maintained their one-point lead over Marist.

The Harewood women have a handier four-point buffer in their competition over Carlton Redcliffs, thanks to a 10-0 drubbing of Southern United.

Lincoln University and University of Canterbury are the only unbeaten teams in section A of Christchurch premier netball after wins over Kia Toa and Technical A respectively on Tuesday night.