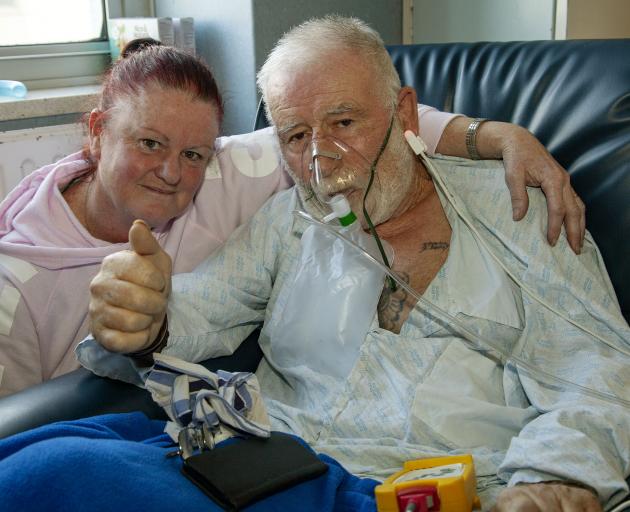 Rose Williams and Darryl Hawker, photographed on Tuesday when he still had hope he could fight his condition. Photo: Geoff Sloan
Well-known Canterbury sports figure Darryl Hawker had hoped to get one more week to prove his body wrong.

But doctors at Christchurch Hospital had told him and partner Rose Williams his lungs had effectively given up. There was no more hope and he died at 9pm last night.

He was put on a morphine pump to ease the pain he had been enduring.

“It will let him pass away without pain,” Rose told Star News yesterday afternoon.

He says it was caused by years working as a plasterer. 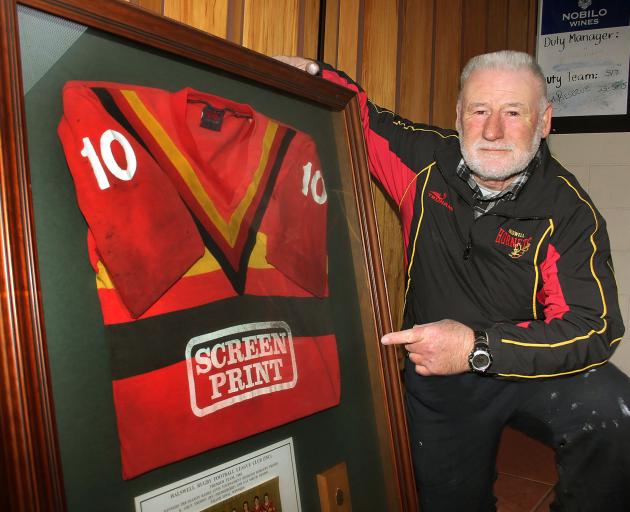 Darryl Hawker with his Halswell jersey. The team won the 1985 Pat Smith Trophy grand final Photo: Geoff Sloan (2015)
On Tuesday night, Hawker had convinced his doctors not to start the morphine pump, which would signal the end.

“He asked for another week. He’s trying to fight. That’s Darryl. But his lungs are absolutely buggered,” Rose said.

On Monday, Hawker was told by doctors they had done everything they could for him and the outlook was grim in the extreme.

Said Rose: “Basically he is suffocating alive. His lungs are like a drying sponge.”

But Hawker refused to accept what the doctors had to say.

But yesterday morning brought the inevitable. There would be no miracle. Hawker’s condition had deteriorated, the scarred lungs had had enough.

Hawker was a top rugby league player in his day, a champion amateur wrestler and lawn bowler and Canterbury bowls selector. 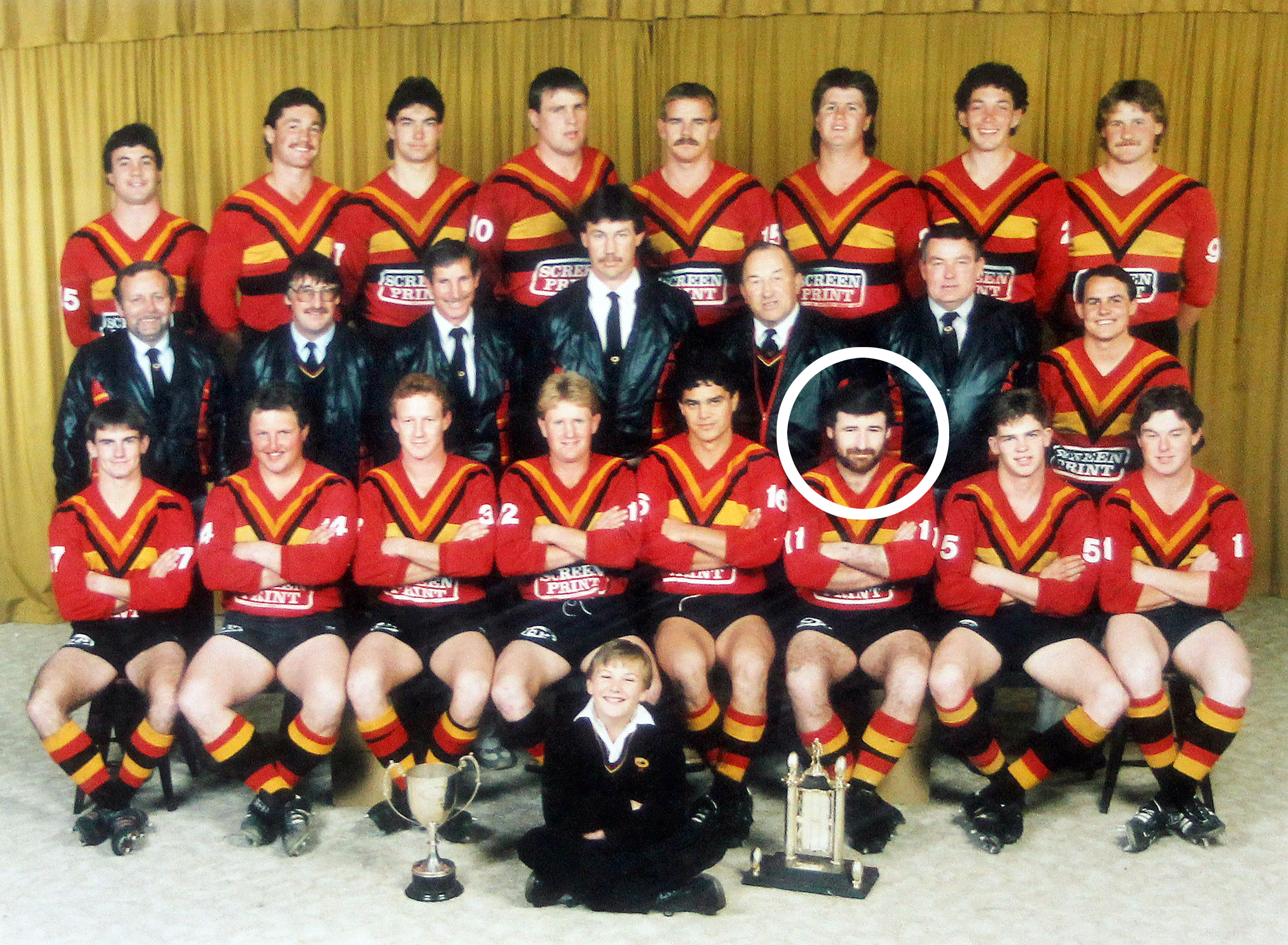 The Halswell premier team which won the 1985 Pat Smith Trophy grand final. Darryl Hawker is circled. Photo: Supplied
He was part of the grand final-winning Halswell league sides of the 1980s and later became a top referee. He was an uncompromising defender and great team man during a great era of club league in Canterbury.

He was in a four which was third equal twice at a New Zealand bowls championships, he got to the last eight once in the pairs and claimed two national bowls titles as a coach. He was also a Canterbury selector.

But what was most satisfying for Hawker was giving back to sport.

“Looking after the school kids and teaching them,” he said.

Said Rose: “The game was very good to him and he always wanted to put back into the game.”

He was a rugby league match manager, which meant getting up early to ready the fields for matches.

The first hint something was wrong with his lungs came three years ago when returned from a trip to Hong Kong. Hawker put it down to something he had picked up on the plane.

“Darryl being Darryl” he didn’t go to the doctor.

“He couldn’t get rid of the cough. You could see he was getting breathless playing bowls,” said Rose. 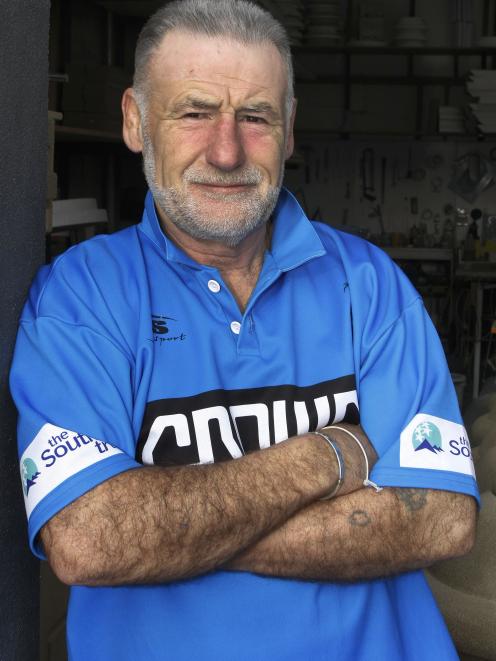 Hawker in 2008. Photo: Supplied
He got progressively worse and it became apparent he would need a lung transplant. He was put on steroids and blood thinners. The lung transplant would never come.

He and Rose were also battling the Accident Compensation Corporation.

His specialist told him in mid-March he needed to stop working as his oxygen levels were too low.

But ACC refused to accept his claim, in spite of medical advice and Hawker’s employer saying he could not work.

In late March, ACC made a final decision his claim would not be accepted.

Earlier this week as Hawker lay in his hospital bed, another letter arrived at his home from ACC, reinforcing its earlier decision.

Said Rose: “Darryl feels like he has been kicked in the guts, they’ve (ACC) put him in the too hard basket. He said: ‘They don’t seem to care if I die’.

“He’s paid his taxes, paid his levies, never been on a benefit.”

Darryl Hawker made an appearance at his Halswell Bowls Club prize-giving on June 20. Friend and fellow bowler Ron Matheson read out this speech in his behalf:

The reason we won three titles this season is not because we were not the best team. You can have the four best bowlers in the the club playing with each other and most times you will win.

But if you are not compatible on and off the green then you will struggle.

You need to work together, and this showed for us this season.

At times we have all struggled, but we talked to each other and offered encouragement to play the shoot.

We have worked the same with the Canterbury men’s team and that is why we have won two intercentre titles and a runner-up in the last four years.

There are a lot of new exciting bowlers that have joined the club this season, think about them when you are picking your team for the new season.

Winning club champs is great, but if you can help a new bowler to achieve then you are a winner too.

For me personally I get a lot of reward by helping others achieve their goals, this can be the greatest reward. 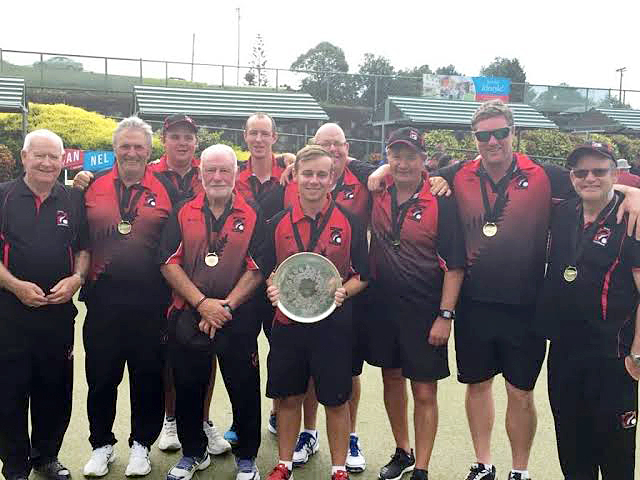