“I can’t remember what it’s called. No one remembers who wins that cup,” said head coach Ben Rhodes as the squad resets for Saturday’s qualifying final with Lincoln University.

While securing home advantage and a second life was pleasing, Rhodes was more intent on Sydenham atoning for a rare loss – one of only two in the regular season – to Lincoln University.

“They’re a very good team at taking their opportunities. They play fast footy and they are coached really well.

“They’re going to be a massive game for us, you’ve got to beat them at some stage to keep moving forward.”

The winners of the qualifying finals – second seeded New Brighton host champions Marist Albion in the other top four clash – have a week off to prepare for the semi-finals; the losers face the winner of elimination finals.

Sydenham qualified fourth last season and were bounced out by Linwood and eventual runners-up Burnside.

“Any of the top eight can do the job on the day,” he said. 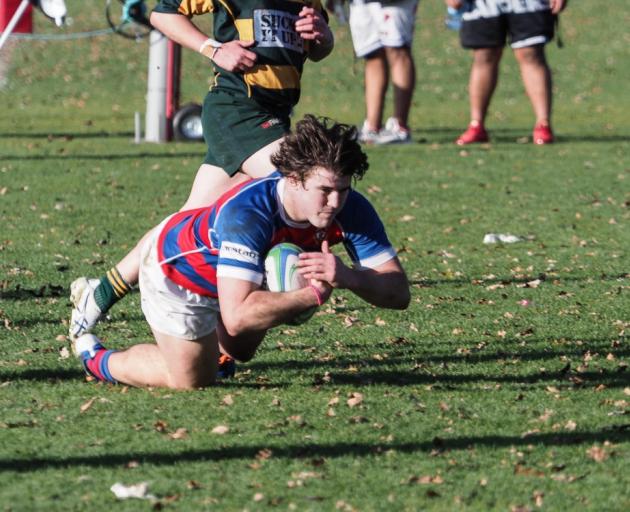 Sydenham hooker James Mullen scores one of his two tries against Belfast. PHOTO: BILL KING
Sydenham warmed up for the knockout rounds with a 59-7 win over Belfast; Lincoln University relegated HSOB – 34-28 losers to New Brighton – to fifth by beating Christchurch 39-8.

Marist Albion stalwart Rowan O’Gorman finally eclipsed former Canterbury prop Tala Kele’s 330 games for the club when he started at hooker in the 48-21 win over Sumner.

O’Gorman, who earned promotion from division two for his milestone, justified selection with two tries.

“The boys put on a good performance, that’s all we wanted,” said O’Gorman, who made his senior debut in 2000.

Christchurch and University of Canterbury advanced to the decider in contrasting style, with the champions swamping High School Old Boys 100-5.

University of Canterbury had a tougher outing, edging Lincoln University 24-20. 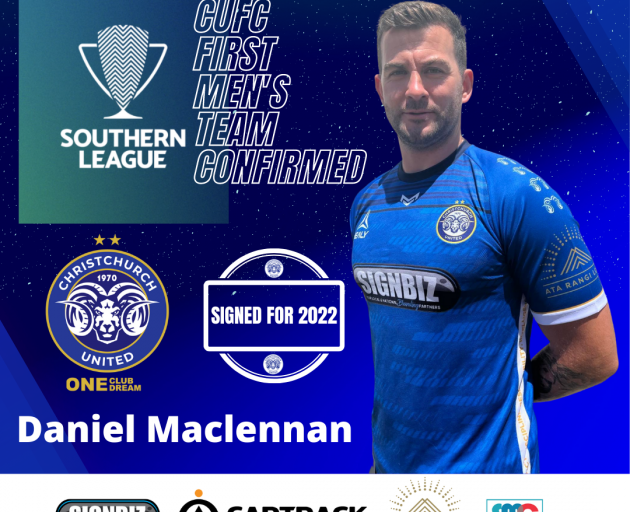 Maclennan ultimately scored the decisive goal on the hour mark of a 4-3 cliffhanger at Dunedin City Royals last Saturday, but he also endured an anxious wait on the sidelines after being sent off for a studs-up challenge with 22 minutes to play.

The forward was shown a straight red for the tackle to take some gloss from two goals and an assist.

There was also a seven goal thriller in Rolleston, where Selwyn United finally celebrated their first league win of the season at Coastal Spirit’s expense.

Christchurch United players training. Photo: Christchurch United FC / Facebook
The signs were ominous for Selwyn with Jamie Carrodus suspended plus Luke Pritchard and Aiden Barbour-Ryan in the process of transferring to Coastal and Cashmere Technical respectively but returning veteran Dan Ede played a key role after being coaxed back into action.

He scored a 68th minute penalty before Luke Jerkovic fired home the botched clearance of an Ede cross deep in added time - from the restart after Cameron Rean drilled a free kick to draw Coastal level at 3-3.

The loss continued a tough run of results for Coastal, who have only one win from 11 games – and six draws – to sit sixth.

In other games, Ferrymead Bays extended their unbeaten run in the league to six games with a 4-0 win over Mosgiel AFC though a top-two place and berth in the National League is someway off with Christchurch United and Cashmere Technical still enjoying a handy advantage.

Ferrymead Bays, who face Christchurch United in Friday night’s round opener, and Nelson Suburbs complete the top four with 20 apiece.

Christchurch United also has an English Cup quarter-final on their schedule, they host Selwyn United next Tuesday.

Nomads United were the first team to advance to the semi-finals when they beat Coastal Spirit 3-1 last month while Ferrymead Bays eliminated Halswell United by the same margin on June 21.

FC Twente 11 and holders Cashmere Technical complete the quarter-final programme when they meet on July 19.

The defending champions retained their crown with two rounds to spare and are now seeking a ninth consecutive victory, and retention of the Hawkey Shield. 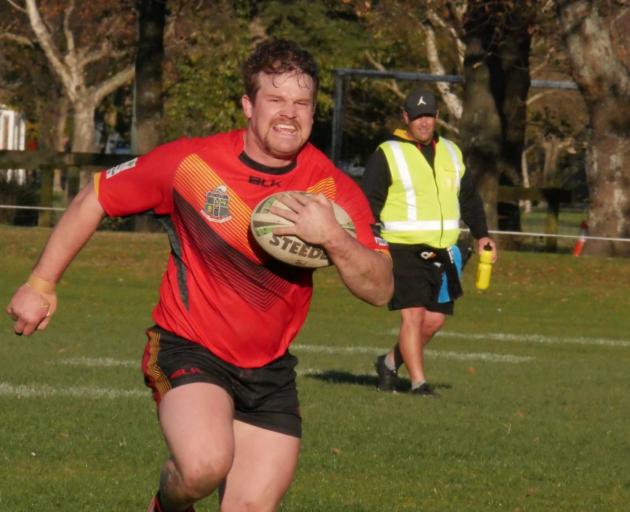 Halswell Hornets second rower Josh Everett has racked up nine tries in three appearances after returning from injury. PHOTO: SUPPLIED
Rugby League
Hornby’s Canterbury Rugby League premiership defence is in danger of ending before the play-offs after the Eastern Eagles resurgence continued with an impressive victory solidifying their top-four status.

After facing a 28-20 deficit early in the second half the Eagles reeled off five unanswered tries to run out comfortable 46-28 winners to maintain their hold on third spot, behind unbeaten Linwood and second-placed Halswell.

Northern Bulldogs occupy fourth, two wins clear of the Panthers, setting up a potentially pivotal clash in round 12 next weekend.

The Bulldogs overcame a slow start to beat Celebration Lions 36-18 at Murphy Park while the Hornets opened their new clubrooms in style on legends day at the Halswell Domain by blanking Riccarton Knights 36-0.

Second rower Josh Everett extended his scoring spree after a belated start to the season due to injury by recording a hat-trick, to lift his season tally to nine from just three games.

The Keas are on track for an 11th straight win when they host Riccarton on Saturday; the Bulldogs and Hornets meet in the clash of the round in Kaiapoi.