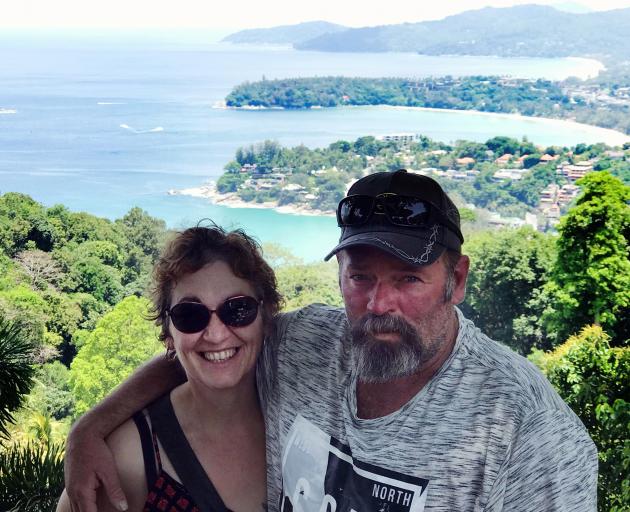 Former Morven sharemilkers Mary and Sarel Potgieter have been living in a caravan in Australia. Photo: Supplied
Thousands of cattle have been slaughtered because of Mycoplasma bovis, but there has also been a very real human cost.

They had been forced to sell anything they could, including household items, to pay debts, and both were now taking anti-depressants, Mrs Potgieter said.

They also had the "heartbreaking" sight of watching the cattle in their charge dispatched for slaughter, including pet cows.

"On the last day, myself and Sarel could not face it. But the worst was the newborn calves that MPI [Ministry for Primary Industries] instructed pet foods to shoot and slit their throats," Mrs Potgieter said.

She believed the Government and MPI should leave  decision-making concerning the disease response to farmers, as it could be "controlled easily".

"We had it under control within a month and kept on top of it till all the cows were culled," she said.

The couple were variable lower-order sharemilkers in Morven. The animals and farm belonged to VLDG but the six staff, machinery and vehicles were the couple’s responsibility.

Ordinarily, they would nearly have been debt-free by mid-April. That changed after they reported untreatable mastitis to the MPI and Mycoplasma bovis was identified.

It was the first VLDG property confirmed with the disease. It was now believed that Southern Centre Dairies in Southland was the first farm infected.

In January, they received a letter from VLDG saying it would not be able to stock the empty farm with cows so could not to keep to the contract.

From the start, VLDG said everyone was on their own, "meaning we all got to fight our own battles", she said.

"In a way you can understand. They had a few farms to worry about."

They went to Australia after a job offer but found the farmer did not care for his animals or staff, so it lasted only three weeks.

A farmer recently offered them accommodation and she would milk cows for him to pay the rent, Mrs Potgieter said.

They would start work at a farm in Sale, Victoria, at the end of June, while Mr Potgieter  had a temporary job as a tractor driver.

The couple felt a sense of responsibility and their hearts went out to other farmers affected by the disease.

"It’s like Sarel says, it feels like we have deserted New Zealand after bringing M. bovis to MPI attention and now the rest of New Zealand is also suffering because of that."

The couple would love to return one day to New Zealand, when they could afford to, and "start again".