The agricultural industry is being let down in the environmental regulation space, Rural Advocacy Network (RAN) chairman Jamie McFadden says. 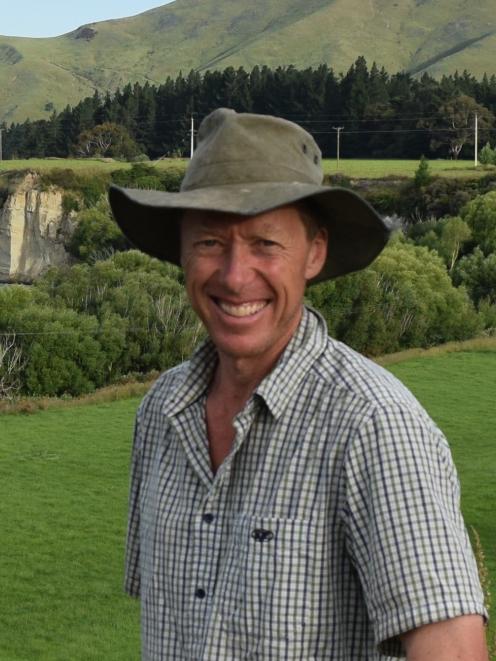 Jamie McFadden
Mr McFadden said while Beef+Lamb, Dairy New Zealand and Federated Farmers all operated efficiently in the research space, through on-farm management, environmental issues, floods and gave good sound employment advice, no-one was looking after the farmers at the grassroots level of coping with the avalanche of environmental regulation.

‘‘Farmers are getting cross. Farmers are trying to work with a flood of regulations, but they are having to deal with way too many unworkable regulations,’’ he said.

‘‘They are struggling with the sheer volume of regulations — impractical stuff that is coming through.’’

Farmers needed to be empowered, not spend their time ticking boxes in an environmental plan.

‘‘Farmers needed to have buy in first and foremost. That is the golden rule.’’

Mr McFadden said it was time for a wide-ranging industry review on how the industry voice operated.

‘‘It needs to happen because it is not working,’’ he said.

The RAN has formed an alliance with Groundswell NZ, a farmers lobby group which has its roots in Southland and Otago.

In recent days there has been a reported rift between Federation Farmers and Groundswell.

‘‘Everyone is entitled to a view. Groundswell avoided criticising other organisations.

‘‘We don’t bite back, particularly if other organisations are having pot shots at us.’’

Mr McFadden said behind the scenes RAN and Groundswell were trying to advocate on behalf of grassroots farmers, many of whom were members of several industry groups.

‘‘I see a lot of farmers questioning the whole advocacy model. There are too many groups,’’ Mr McFadden said.

There had been a meeting of industry groups in Wellington before lockdown, where there was some pretty frank discussion, he said.

He strongly believed there needed to be a position statement from all industry groups.

As he moved around New Zealand before lockdown, he discovered groups and farmers had the same concerns as RAN about the state of an industry voice and unworkable environmental regulations.

Groups like Groundswell and RAN would not have needed to begin tackling these issues if there had already been a unified voice in the environmental regulation area.

‘‘I love doing environmental work,’’ Mr McFadden said as he planted native foliage along a Rangiora stream to help protect it.

‘‘But there is all this other stuff happening and we have got to get it right. Seeing farmers suffering is what mobilises me to keep working on their behalf,’’ he said.

‘‘I appreciate the texts. That is what keeps me going. We have to get it right because there is so much wrong that is not helping and making it worse, such as Significant Natural Areas.

Mr McFadden is dead right. Farmers need to get their act to together and present a united front when making submissions on changing legislation. They are clearly poorly served by Federated Farmers and the assorted dedicated industry groups and they are certainly not well served by radicalised, knee jerk, conspiracy based mobs like groundswell.
However I have no sympathy for mr McFadden’s whining about unworkable regulations. It seems to me they are not unworkable, they are simply expensive and will need farmers to employ others to do the necessary planning and development. They can’t just get out in the paddocks and spend a few hours putting in the labour in order to comply, they’ll actually have to dig into their pockets. Also linked with the use of words like “unworkable” is the annoying lack of state subsidies that usually accompany these environmental changes. Farmers have always been good at socialising their costs, in other words having the townies pay for it all.
Well, given farmers had no problems finding the money to cause the problems the regulations are fixing they should find it easy to stump up for the repairs.