Call for Govt to end ‘blame game’ over disease

Photo: Craig Baxter
The Government needs to stop the "blame game" and get on with the response to the spread of Mycoplasma bovis, Clutha-Southland MP Hamish Walker says.

Mr Walker, National’s associate spokesman on agriculture, told the Otago Daily Times yesterday  farmers were looking for certainty as the new dairy season loomed in two weeks and thousands of dairy cattle were moved around the country. 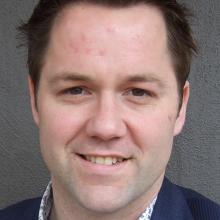 Hamish Walker
"Many are now wondering whether eradication is feasible."

Mr Walker turned his attention to Agriculture Minister Damien O’Connor who he accused of labelling farmers as greedy and blaming them for spreading the disease.

"It’s clear the minister hasn’t yet got Budget funding confirmed because his mates around the Cabinet table are looking to him to heavy the industry for upward of 40% of costs — over and above the 12% currently agreed in the Government Industry Agreement."

What had become apparent was the Cabinet’s "hostile attitude" towards farmers, he said.

Ministers appeared to forget some farmers were at financial and emotional breaking points dealing with the disease. Compensation payments had been occurring at a snail’s pace.

Mr O’Connor needed to show farmers whose livelihoods had been trashed by M. bovis some respect by better communicating his plans for the response and ordering his officials to ensure compensation payments were full, fair and fast, Mr Walker said.

The national animal identification and  tracing (Nait) system had let New Zealand down in a time of great need as the M. bovis outbreak was managed.

Officials had worked through the 38 recommendations included in the year-late report on the system and had advised 23 could be implemented promptly by the management agency Ospri, he said.

Nait was hard to use and the farmers had not been told of the benefits of compliance.

• The Nait number will be assigned to a particular location, not to a person.

• The Nait interface will be improved to make it easier to enter information and a mobile app will be developed for use in the field.

• The performance of accredited agencies will be better managed, particularly those providing information to Nait on behalf of farmers.

Officials had been asked to take a tougher approach to Nait compliance, Mr O’Connor said.

The Ministry for Primary Industries would work with Ospri  in a joint approach.

As an interim measure, MPI’s animal welfare officers would carry out Nait enforcement as part of their regular farm visits.

"Farmers need to play their part by ensuring they meet their legal Nait obligations, especially with moving day upon us."

However, Mr Walker said Mr O’Connor’s comments blaming 70% of farmers for not complying with Nait, and saying many were selling stock on the black market because they were "greedy", were symbolic of the Government’s arrogant, dismissive attitude towards farmers.

• Moving day on June 1 potential for wider spread of disease

• Changes to Nait being made and tougher approach adopted

"The Government needs to stop the 'blame game' [over the introduction/spread of M.Bovis]". What a short sighted attitude. If we don't find out how M.Bovis was introduced and spread then we will not stop the next disease that is surely coming our way. And it's a bit rich to expect the government to compensate farmers but then not be allowed to seek compensation from those who caused it.

"Nait was hard to use and the farmers had not been told of the benefits of compliance." - have they figured it out yet?