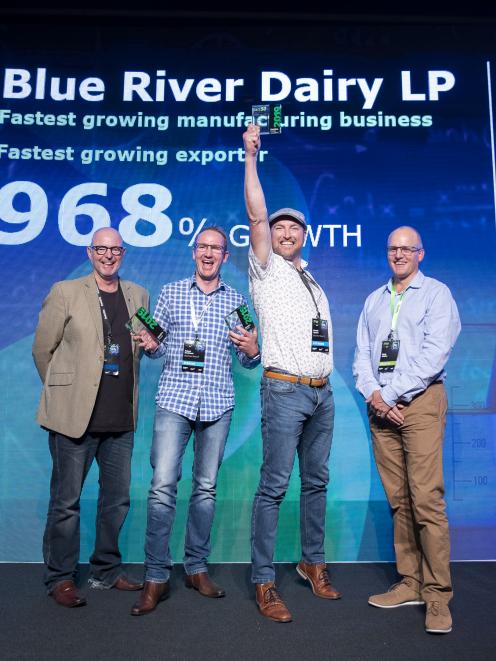 The company was also announced as the fifth-fastest-growing business overall.

It was the third year in a row Blue River Dairy had been recognised at the awards, which was acknowledgement of its consistency of performance in a dynamic market environment, he said.

He said the company had recorded an overall revenue growth rate of 968% in the past three years and production had increased rapidly, from 400,000 cans of infant nutritional formula in the 2016 year to up to 1.2 million cans a month this year.

"This year's indexed businesses come from across the country, operate in a variety of industries and are led by a diverse group of entrepreneurs. Yet they are united by their knack for success."