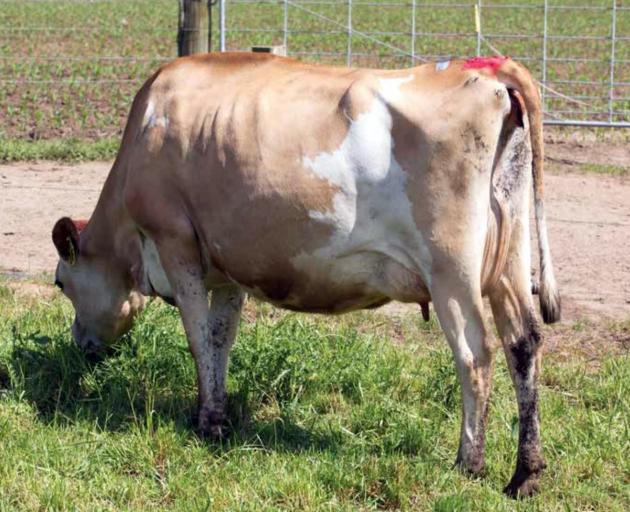 A South Otago farmer has paid the highest price for a dairy cow in New Zealand history.

Mr Thomas said they bought the cow because they launched Yellowstone stud last year, breeding Jerseys and Holstein Friesians, and wanted to "fast-track" their breeding programme.

"It would take us 40 years plus to breed a cow like that. Successful breeders have been going for generations and we wanted to get into it and the fastest way to get in the same position — if you can afford it — is to buy it."

The Jersey was a "once in a lifetime cow".

She had extra value because no embryos had been taken from her.

Jersey farmers were buoyed by the breed breaking the record.

They also bought the cow’s mother, Posterity Stride Susie, for $23,100.

Since the sale, many people had wrongly assumed they bought the cow to breed bulls to use for artificial insemination.

"That’s not the case. We were after the generations of pedigree behind her to grow the genetics of our female herd."

At first, Mr Thomas was reluctant to talk to Southern Rural Life about buying the cow because he believed the story should focus on the success of the seller instead.

The cow was among the 265 cows and 85 in-calf heifers offered in a dispersal sale of retiring breeders Dick and Faye Post in Tauwhare in the Waikato.

PGG Wrightson national dairy genetics co-ordinator Andrew Reyland said the herd on offer, which the Posts established in 1960 was "one of the most productive in the country".

“Dick and Faye have always been deeply committed, using nominated sires to breed big capacity Jerseys with functional udders as well as good structure and fertility.”