The wines produced in the North Otago valley’s limestone soils and cool maritime climate have been recognised as distinct.

In the same way that Champagne is a product specific to a place, the geographical indication gave the association ownership of the name Waitaki Valley North Otago.

While Waitaki was one of the smallest regions, Waitaki Valley wines were "a little more restrained . . . a little more ethereal, a little finer boned" than their fruit-forward, warmer Central Otago cousins "but equally compelling".

"It’s not about better — it’s about different," he said.

"This is not the region for large-scale, broad-acre commercial viticulture; these are small, family-run vineyards that make bespoke, boutique wines."

The New Zealand Wine Directory lists 16 wineries or vineyards for the region that produces between 100 and 150 tonnes of grapes a year, or 12,000 cases — half pinot noir and half, typically aromatic, whites.

"Marlborough, Central Otago, Hawkes Bay, Gisborne — they all possess unique characteristics that contribute to the style and quality of their wine.

"The fact remains that some of the greatest vineyards in the world are in limestone soils."

In 2017, 18 wine regions applied for geographical indications when the Geographical Indications (Wine and Spirits) Registration Act came into effect.

The intellectual property rights used internationally to promote and protect the reputations of wines’ places of origin were part of the New Zealand wine industry’s target to become a $2 billion industry by 2020. 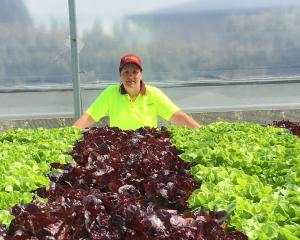 Cherry tree planting ramping up thanks to new design