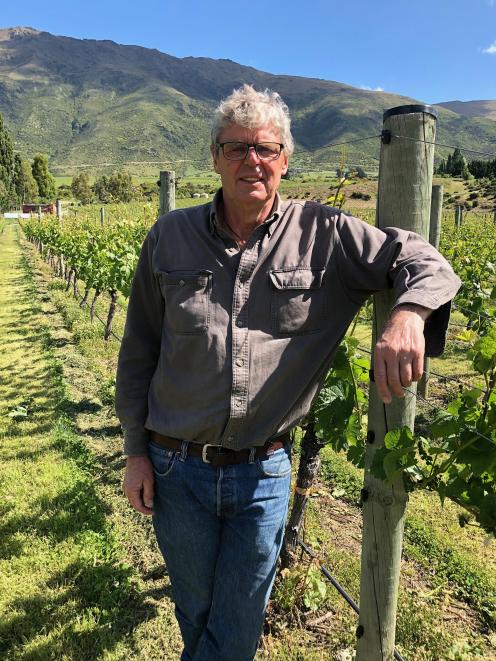 Mt Difficulty Wines co-owner James Dicey, of Bannockburn, said much of the planned investment in horticulture in Central Otago was expected to be in new cherry orchards.

That industry was undergoing a boom after several good years, with the total number of hectares planted in cherries  poised to overtake  grapes.

That was despite continuing strong demand for grapes, with an estimated 250 hectares of vines to be planted in the next five years.

With both fruits favouring similar growing conditions, the industries were facing similar challenges, particularly in finding and accommodating workers.

Grant Taylor, of Gibbston’s Valli Vineyards, said his winery was not affected by labour issues because it was relatively small, but a post-harvest debrief by wineries last year  found the labour shortage to be the single biggest factor affecting quality.

"People just couldn’t get in and do the work they needed to do to make the fruit that much better."

Competition from cherry growers and immigration changes by the new Government  exacerbated the issue.

Mr Dicey, who is past-president of the Central Otago Winegrowers Association, said it was the warmest,  driest growing season for a "very long time".

By comparison, the 2017 vintage was a cool one, producing much lower yields but "very intensely flavoured" grapes.

Looking ahead to next year’s vintage, vines were hit by a major frost on October 13 and snow on November 19, but appeared to have "dodged a bullet".

"The vines have recovered significantly, and so long as the weather over the next month or so is good, I don’t believe we’re going to see any negative impact on yield."

Mr Taylor said last summer was 25% warmer that the long-term average, which was a "pretty incredible figure".

As a result he made almost twice as much wine as last year.

"These are the sort of years that make the bank managers happy, as well as the winemakers."

Ample spring rain meant vines were going into summer with plenty of moisture in the ground.Because of Gibbston’s higher, cooler climate and slower bud development, it escaped damage from October’s frost, he said.

Central Otago has just over 1900 hectares planted in vines, of which 76% are pinot noir, the highest concentration of the variety in any of the world’s wine regions.