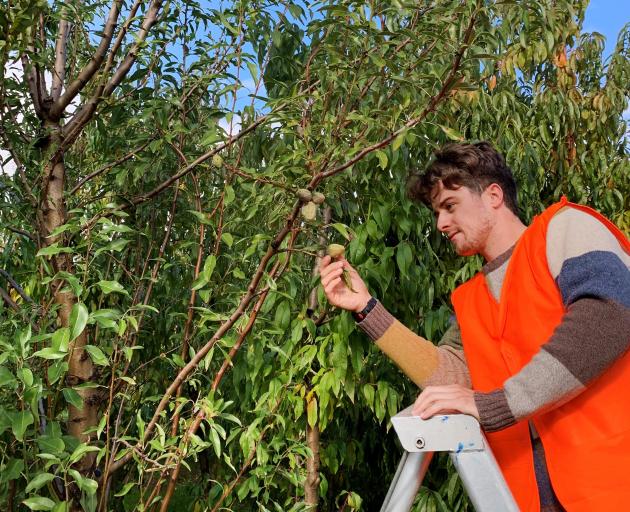 So why not almonds?

Almonds, apparently classed as a fruit, have grown wild in Central Otago for many years — some trace back to Chinese goldminers in the 1870s — but now there is a push to turn them into a commercial crop.

Plant & Food Research is embarking on a feasibility study to see if almonds can be grown sustainably in Hawke’s Bay. The $100,000 project has backing from central and local government, alongside Picot Productions Ltd — which makes the Pic’s nut spreads.

Hawke’s Bay was selected for its climate but that does not mean the door has been closed on Central Otago. 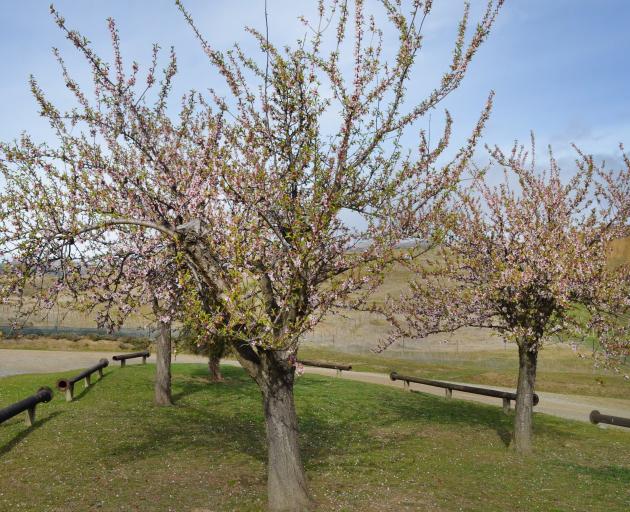 Wild almond seedlings can be found all over Central Otago.
They are littered around Central Otago in places such as Bannockburn, Gibbston Valley and Clyde. Many trees are on Department of Conservation land and also on private land.

They were still producing nuts despite not being cared for over the years.

An almond tree is similar to an apricot tree in height and structure, he said. But almonds flower earlier than apricots, as early as July, which can lead to them getting smashed around by frosts.

"Interestingly enough, almond trees grow in quite harsh areas but they are quite hardy and still produce nuts," Mr Graham said. 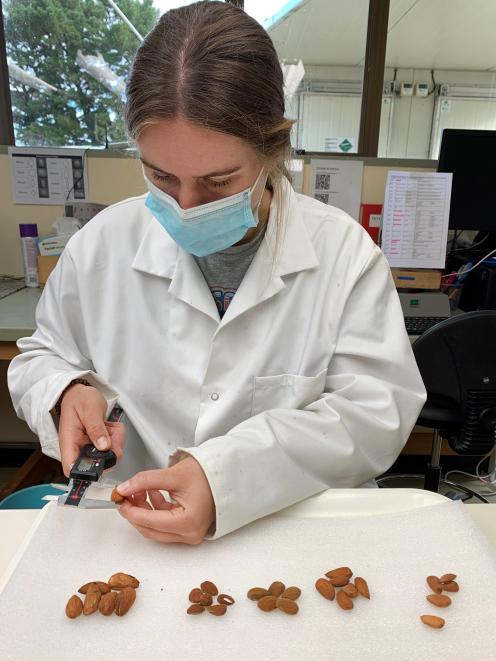 Casey Heyward, of Plant & Food Research Clyde, measures the dimensions of a variety of wild almonds.

The trial, if it was to take place in Central Otago, was about being able to produce a high enough yield to be commercially viable.

A return of about eight tonnes per hectare was what they were looking at. The Hawke’s Bay trial was taking place in an area relatively near the coast which had less frosts.

All almonds in New Zealand are imported from places such as Australia, California and Spain. Almonds grown overseas use large amounts of water and that was the problem the local trial was trying to solve.

Almonds did not need nets to protect them from birds as the actual nut was behind a fleshy outer skin.

AgFirst will undertake a financial analysis as part of the project in Hawke’s Bay. It will consider the economics of setting up a profitable almond orchard system — factoring in market prices, climatic volatility, and environmental sustainability challenges.

That has resulted in nuts with quite different tastes, looks and textures. The shapes and structure of the trees were also different and some might be more amenable for new growing systems.

Almond seeds were probably dropped by gold diggers on Doc land and had grown into trees, which had survived over many decades.

Plant & Food are also looking at experimenting with growing almonds in the future orchard planting systems (FOPS) approach, which is a two-dimensional growing system that has the ability to increase canopy sunlight interception, through reduced row spacing, which in turn leads to higher yields and quality.

The next step was to find the right kind of trees for Otago and determine whether they could produce a big enough crop.