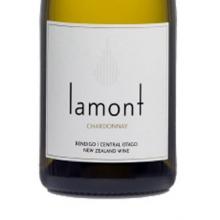 An organic Central Otago vineyard has been placed in receivership, after two separate parties appointed receivers.

The vineyard was launched in 2001 by the McLachlan family and in 2009 it was converted to organic but the company is now owned by Craig and Angela Gasson.

In a notice on the Companies Office website, Colin Gower and Diana Matchett, of BDO, were appointed receivers and managers of the company by Westpac New Zealand Ltd, under the terms of a General Security Agreement (GSA) from 2014.

However, they have now retired after an overdraft to the bank was refinanced.

Before this, on April 8, Duncan Fea of Findex (NZ) Ltd, was appointed receiver by Southern Ventures NZ Ltd, under a GSA dated June 26, 2017.

"The property in receivership is all of the Company’s present and after acquired property," the notice said.

Mr Fea said the property and "Lamont" label will be sent to market and sold "as soon as possible".

According to the companies office, Southern Ventures NZ Ltd is 50% shareholder in the business.