Psa claimants agree Crown liable for up to $800m

Psa, infected 80% of kiwifruit orchards nationwide after first being discovered in New Zealand in 2010
Successful claimants in the kiwifruit lawsuit against the Government for negligence in allowing the devastating Psa virus into New Zealand say they concur with acting Prime Minister Winston Peters' estimate of up to $800 million of Crown liability. 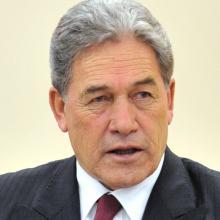 Pseudomonas syringae pv actinidiae, better known as Psa, infected 80% of kiwifruit orchards nationwide after first being discovered in New Zealand in 2010 and is estimated to have cost the industry up to $1 billion in lost exports.

The growers' group, called Kiwifruit Claim, sought more than $376 million in compensation. Last month, the court backed Kiwifruit Claim in the first stage of the trial and found the Crown breached its duty of care to growers.

The second stage of the trial will determine the level of costs incurred and compensation, although it is unclear when that will occur.

The Government has until the end of next week to decide whether to appeal the High Court judgment from the first stage.

In the budget and fiscal update from May, before the ruling was given, the Treasury said the cost of the case had still not been quantified as the ministry's duty of care had not yet been proven.

The Ministry of Agriculture and Forestry (MAF) became part of the Ministry for Primary Industries (MPI) in 2012.

On Monday, Peters said the Government did not have the money to increase its pay offer to nurses, who went on strike for 24 hours on Thursday, citing the cost of Psa as one reason.

"Two things out of left field we've inherited as a government: mycoplasma bovis and its consequences, which will probably be in excess of $800 million, Psa which we've also inherited and those legal cases and our liabilities would put us somewhere between $500 to $800 million as well," Peters said.

Kiwifruit Claim chair John Cameron agreed the Government could be liable for that much and said losses "are accumulating every year". Cameron said the numbers the claim group had come up with had been based on estimated losses suffered by Strathboss Kiwifruit, but Strathboss did not suffer all the losses other growers did such as damage to rootstock, which has taken some growers three years to come back from.

"The most important thing from our perspective is Psa is still here and any proof of it having an effect on production will mean an increase on the claim," Cameron said. "My understanding of the next stage is until there is a settlement for plaintiffs suffering losses it will continue to grow, and interest will be added as well, the longer it takes."

During the case, the Crown's lawyers opposed the growers' lawyers request for discovery about the insurance arrangements it held, saying they weren't relevant to the proceedings, but the judge ordered discovery to counter incorrect evidence the court had been given on whether the policies existed. The High Court judgment did not reveal the size of the policy, though it is understood to be about $100 million.

The High Court judgment excluded $92.5 million of losses which accrued to Seeka as a post-harvest operator, because it suffered relational loss from its business relationships with growers, so the judge found it wasn't fair and reasonable for MAF to owe it a duty of care.

Justice Mallon noted that while the Crown said its insurance only covered a "modest fraction" of what was claimed, that would only be accurate if the full amounts claimed were recoverable and that is yet to be determined.

She said she wasn't convinced by the Government's argument that it was disproportionate for the New Zealand public to pay the cost of "public servants [making] a one-off small error in the exercise of their public functions", as that wasn't more important than the corrective justice interest of the case.

"Ultimately there is a societal benefit from corrective justice. If a person is harmed by the negligence of a government body, it is in society's interests that the government restores the harm they have caused, unless there is a sufficiently countervailing public interest.

"What is clear is that biosecurity is in the national interest ... It may be that further thinking and policy analysis around how best to protect our borders will lead to new, more efficient and effective, mechanisms for allocating the costs of biosecurity protection and the response to biosecurity breaches."