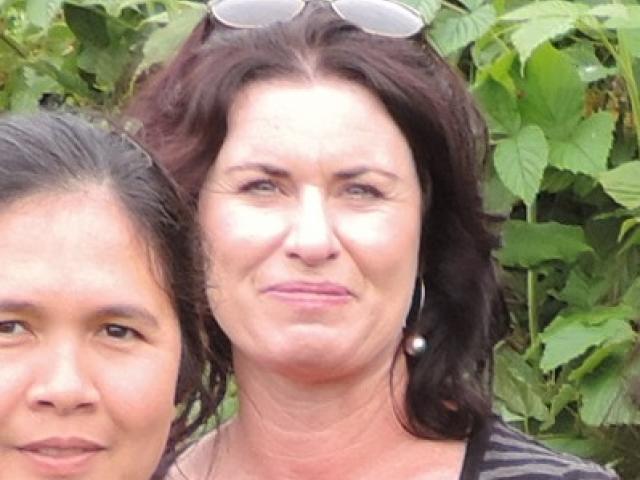 The family property at Peebles, in the lower Waitaki Valley, has been growing the sought-after fruit for about 30 years. Mrs Matsinger took over the business after her husband, Simon, died at the age of 45, nine years ago.

She said if this was her first season at the helm she might have been dismayed, but now she was ''more educated'' about the fluctuations that occurred due to the climate.

The higher-than-usual rainfall meant she had to spray more frequently to prevent plant diseases.

''The upside if you get a lot of rain is that you don't have to irrigate,'' Mrs Matsinger said with her characteristic optimism.

She had been contemplating irrigating on Monday, but substantial rain late on Sunday boosted the moisture levels again.

''We've got the most beautiful raspberries this season. They seem to like the rain.''

If the start to a season was not ideal, ''we keep getting second chances'', she said.

''We pick until May.

''I was a wee bit disappointed with the fruit before Christmas. It didn't keep very well and it didn't taste like I wanted it to.''

Now, the flavour was better thanks to improved sunshine hours.

A major factor in the business was the long-serving Filipina workforce, Mrs Matsinger said.

''I would not be here without the staff.''

She believed in treating people as she would want to be treated, and toiling alongside them to understand their working conditions. That included taking over the picking in the full heat of the sun, allowing others to cool off in the packing shed.