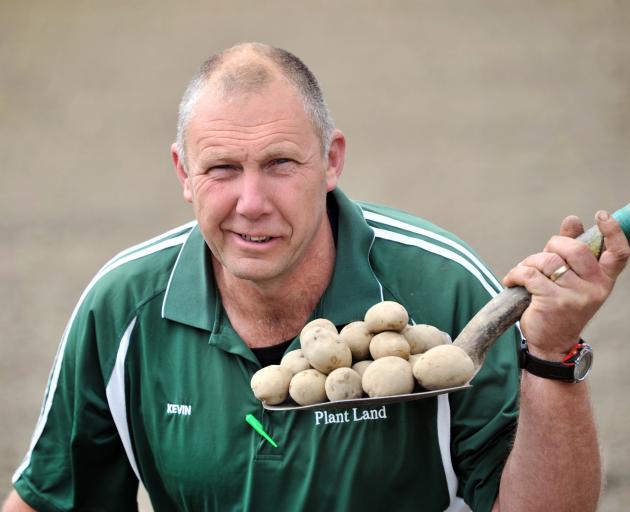 Veggie Boys Dunedin owner Marty Hay said a shortage of seed potatoes in the city, including Jersey bennes, meant people might be growing fewer of their own early potatoes this year.

However, he had been assured there would be a good commercial supply of the variety available from north Otago in mid to late November.

Nevertheless, the retail price would rise because commercial growers were also affected by the reduced supply of seed potatoes, Mr Hay said.

A crop failure by a South Canterbury supplier, combined with some wet growing conditions and low soil temperatures, had contributed to the reduced supply, Mr Dawe said.

This had been the most disrupted supply of Jersey benne seed potatoes in the past five years, he said.

Mitre 10 Dunedin and some other outlets were out of Jersey benne seed potatoes yesterday, but several other alternative varieties were still available.

Wal's Plant Land retail manager Kerry Dee said she was aware of only limited supplies of the seed potatoes in the city, but Wal's still had a supply, and some other alternatives were also available.

Among early season varieties, the firm was yesterday out of Liseta and Swift, and still had a moderate supply of Rocket, she said.

However, other early season varieties were available for planting.

"Try something else," he advised.

Don't let down the jersey!