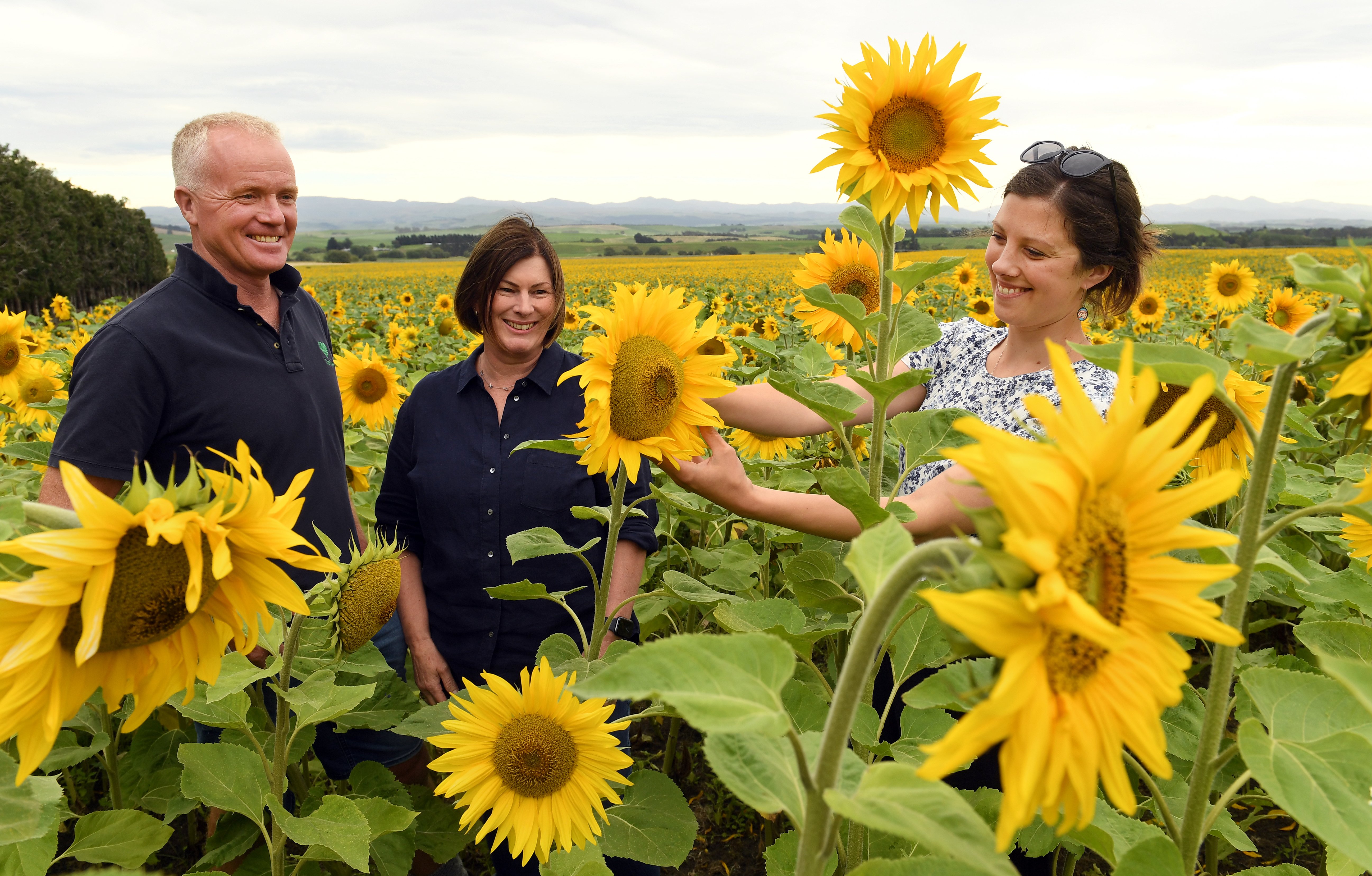 Pleased with the growth of their sunflowers are (from left) Rosedale farm owners Peter and Sandra Mitchell and Topflite marketing co-ordinator Samara Allardice, near Weston. PHOTO: STEPHEN JAQUIERY
Popular sunflowers near Weston are in full bloom, and are attracting more than just birds.

Owners Peter and Sandra Mitchell said the flowers generated a lot of interest and it was not uncommon for people to stop and take pictures.

Although the couple did not mind visitors enjoying the flowers, it became an issue when people entered the field, and took or knocked over flowers.

People would sometimes get a shock when hopping over the electric fence placed around the crop to deter the farm’s cattle, Mr Mitchell said.

The crop was rotated around their farm every five years to allow for diseases to naturally dissipate.

This year, the nearly 12ha patch of flowers was positioned beside the Alps 2 Ocean Cycle Trail, overlooking the Waiareka Valley.

"We love sharing the good views and working with the community."

In March, the flower heads will be harvested before the seeds are artificially dried.

Mr Mitchell said because the farm was located close to the coast, the conditions were too damp for the seeds to dry naturally.

If they were to wait for the seeds to dry outside, wild birds would decimate the crop.

Mr Mitchell was the fifth-generation owner of the family-operated business and hoped one of his two sons — one of whom was working on the farm and the other as a production agronomist in Christchurch — would eventually take over.

The flowers were first grown in the 1970s by Mr Mitchell’s father and uncle, who intended to produce oil.

When they discovered the seeds did not yield enough oil, they switched their focus to producing birdseed.

The seeds were exclusively grown for Topflite, a business the couple co-owned with Mr Mitchell’s cousin. 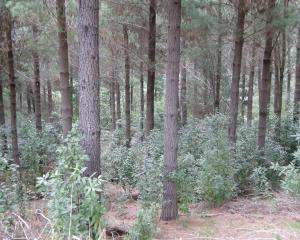 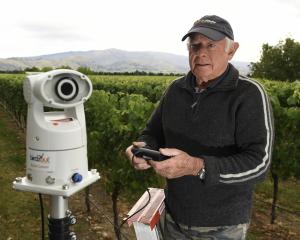 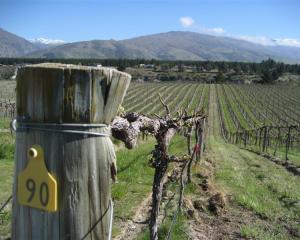 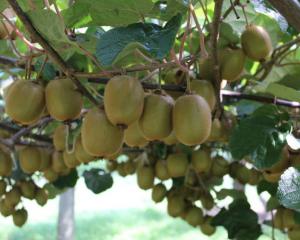 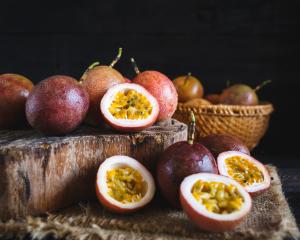 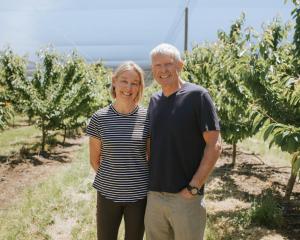 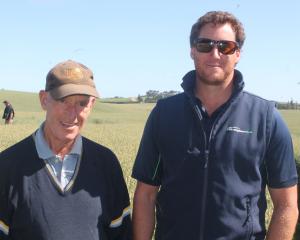 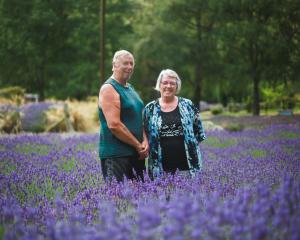 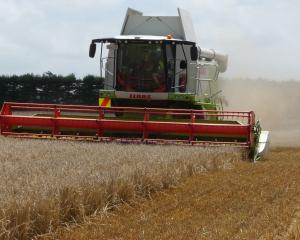