0 Comments
A Central Otago couple have converted their farm to almost all electric but are staring at a zero power bill.

The innovative and hard work by Mike and Rebecca Casey at Forest Lodge Orchard in Mt Pisa, between Cromwell and Wanaka, is leading to huge cost savings and near zero carbon emissions.

The couple and their business partners, orchard manager Euan White and his wife Rachel, have turned tradition on its head and are finding a new way to farm a Central Otago delicacy — cherries.

The couple — an accountant (Mrs Casey) and a computer programmer — had no previous experience of farming or horticulture.

The pair did not want to live in a big city anymore, and found a property with 9ha of land and an irrigation pond for what it would cost to buy a nice four-bedroom house in Wanaka.

They planted 9250 cherry trees, but a study by Hawea firm Environmental Accounting showed the orchard was far from carbon-neutral. 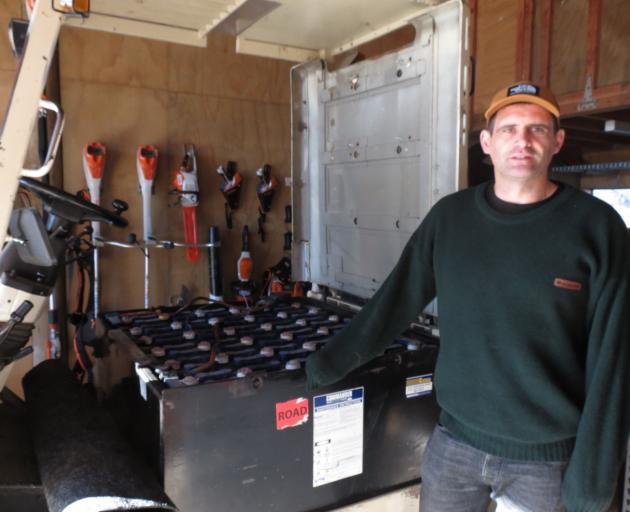 "The issue was, in order to run a productive cherry orchard using all of the diesel technology everybody else uses, you probably emit between 50 and 80 tonnes of carbon emissions, depending on how you run the orchard," Mr Casey said.

Looking to eliminate diesel, they replaced their diesel irrigation pump by sinking a bore and putting in an 18.5kW electric pump.

The pump required three-phase power but the property only had single-phase and upgrading the grid connection would cost more than $100,000.

"You can see right there why farmers don’t ever replace the diesel technology," Mr Casey said.

They worked with Cromwell solar company Infinite Energy to design a solar and battery system that could run off-grid to power the irrigation system.

That worked well about 80% of the time, but there were times they needed to irrigate and did not have the battery power to do so.

"In the end, we decided to bite the bullet and engage with Aurora to upgrade the connection." 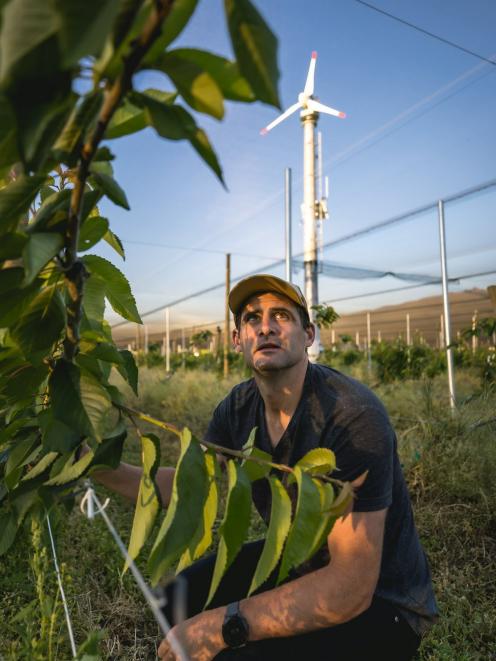 Forest Lodge Orchard founder Mike Casey during the growing season, with one of the property’s two 30kW electric frost-fighting fans behind him. PHOTO: MILES HOLDEN

"We started off with the payback period to electrify this orchard being 11-12 years, when the price of diesel was $1.20, and it went down to about 90 cents [per litre].

"Now it’s $2.70 and the payback period is nine and a-half years in terms of cost savings."

Last season, they sold their cherries under the consumer brand they created — NZ Zero — to a boutique supermarket chain in Auckland at a 15% premium.

That premium, about an extra $3 per cardboard box of cherries that used zero fossil fuels in their production, would bring their payback period down to under two years when in full production.

The orchard is planted using the upright fruiting offshoots (UFO) system where the branches are trained similarly to grape vines to grow along wires.

This allows for the fertilisation system to be a drip system as with grape vines, meaning no wastage of water or fertiliser on the rows between the trees.

The orchard buys its power under a spot-price contract.

Mr Casey wrote a programme that only buys when the price is below a certain point, and they sell back to the grid once the price exceeds another set point.

The orchard has two electric cars and upgraded golf carts, a 40-year-old electric forklift and the house and outbuilding all run on electricity.

By next summer, it will have taken delivery of New Zealand’s first electric tractor.

"There are no fossil fuels burnt anywhere on this farm. Everything is 100% electric, and we are close to a net zero energy bill," Mr Casey said.