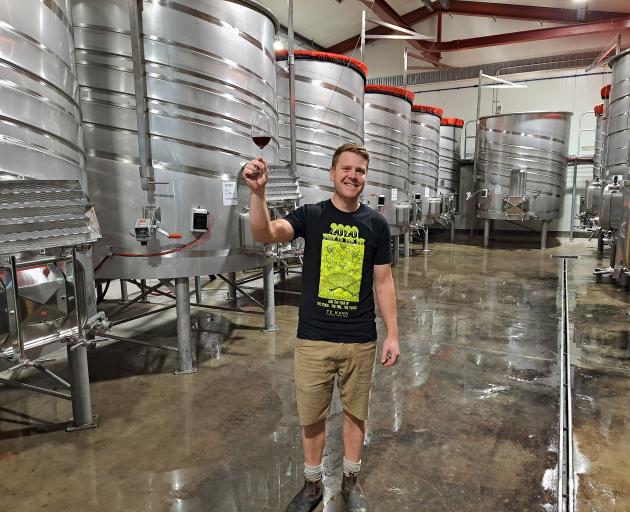 Te Kano winemaker and general manager Dave Sutton with a drop of red, freshly produced at the former Pasquale Kurow Winery, which his company recently bought. PHOTO: SUPPLIED/JAMES SUTHERLAND
Te Kano Estate may be a familiar name in the Central Otago wine industry, but it is the new kid on the Waitaki wine block.

The company has taken over what was Pasquale Kurow Winery, and winemaker and general manager Dave Sutton described the opportunity as "serendipity".

"We were on the road to building a winery in Central, and when this came on the market, it was just like the perfect fit," he said.

Te Kano has three Central Otago vineyards — two in Bannockburn and one in Northburn.

It bought the Kurow property just before lockdown last year, and ran some of its grapes through the facility, to "kind of get it running again". "This year we’re bringing all of our fruit from Central Otago to here."

The Waitaki region did not get the attention it deserved for its wines, Mr Sutton said. 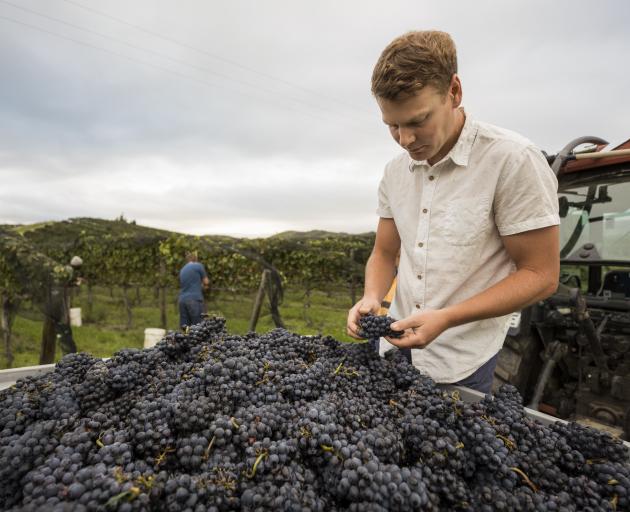 Dave Sutton at work. PHOTO: SUPPLIED/VAUGHAN BROOKFIELD
"It produces some really amazing wines, and there’s really dedicated winemakers here, but its never had the kind of limelight Central Otago has.

"So I’m really hoping that our investment in the region can help to promote the Waitaki industry."

"It’s a really good winery. They spared no money on the property.

"It’s a beautiful property, but it never reached the size to make it viable. This is a 300-tonne winery, and I think their biggest year — I mean, they never would have hit 100 tonne."

The "ethos" of how the Pasquale winery had been run was similar to that of Te Kano’s, with a focus on organics and sustainability. Te Kano had an extensive native propagation conservation programme in Central Otago.

"So Pasquale is a really natural fit for us."

The actual vineyard "was kind of mothballed for two to four years", so the last season had been spent getting it back in shape, ready for next year’s harvest. The grapes were a mix of pinot noir, chardonnay, pinot gris, riesling and gewurztraminer.

"The varieties that are here are already part of our portfolio, and we’re really looking forward to making both blended wines from across our entire estate, and also single vineyard wines from this block and our own block."

This year’s harvest, which was almost complete, had been good, with Otago much more fortunate than other regions, he said. The Marlborough season in particular was "seriously down in volume".

"We’re having a bumper season, with good yields and quality fruit. So we’re really happy."

A special aspect of the operation was the bottling line, with only "a handful" of Central Otago producers bottling their own wines.

"So we control everything from the grape right through to the glass. It’s all estate-owned. It’s all in-house, and gives us an advantage over other producers," Mr Sutton said.

He had been with Te Kano almost five years, and in that time the company had grown from 5ha in Bannockburn to almost 50ha across all sub-regions.

"And now, obviously, we have a winery."

An assistant winemaker was living on-site in Kurow, while Mr Sutton drove between the regions.

"I come across for the majority of harvest and also transition back and forth. During the vintage period, you need to be looking at fruit every week. So I kind of cover the spread between Central Otago and here and try and make that seamless."