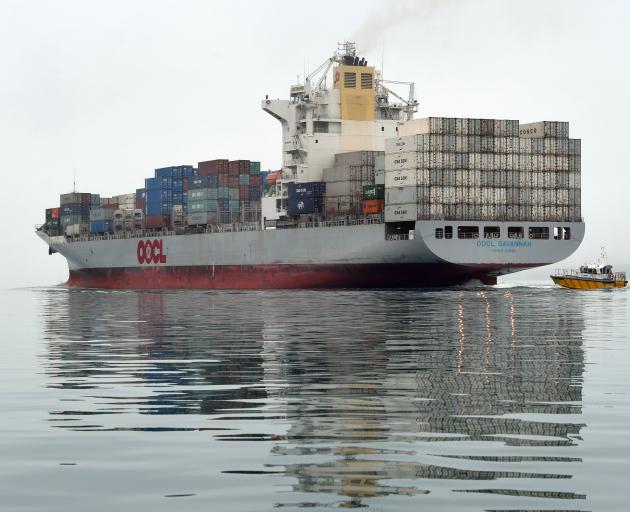 Mr Taggart and fellow directors and management are travelling the country, attending the co-operative's annual roadshows.

Speaking to the Otago Daily Times yesterday, he said feedback from shareholders and suppliers had been "pleasantly positive".

That was despite the company signalling it had been a "little bit more [of a] challenging" year from a profitability perspective.

"Most farmers are feeling they've been reasonably well rewarded over the last 12 months for their stock. They are in a pretty good space," he said.

The company was due to release its annual financial result in November, and Mr Taggart said no chairman was proud of getting to the end of the year and not being able to have a profit rebate.

Management was also feeling "pretty disappointed" about that; however, development of the business was "never going to be a straight line".

"It wasn't going to be up and up. We always knew there'd be some lumps and bumps along the way," he said.

The company had a strong balance sheet, and it was still in a very strong financial position to carry on with its transformational journey. However, it did not want to compromise that longer journey.

He was pleased that it had occurred in a year when farmers had been well rewarded up front, he said.

Farmers had been very supportive of the company's new corporate identity, which included new branding being launched last month.

In the early stages of its new strategy, it had been about getting "fit", getting the cost structure in order and building capability in the business.

That work continued but it was now moving into the sales and marketing part of the transformation, something that the company had been "itching" to get to.

He believed there was so much opportunity within both the business and beyond.

"As David [chief executive David Surveyor] keeps saying, it's a really exciting place to be working," he said.

When it came to lamb prices, Mr Taggart said some resistance in market to the current high pricing was certainly obvious.

A mid-season forecast in the mid-$6/kg range was being forecast by the company, but he stressed such predictions were very difficult to make.

No-one could have predicted this time last year that the exchange rate would be where it was at, along with the Brexit discussions and Trump trade wars.

The last 12 months had highlighted just how incredibly difficult it was to forecast around such global dynamics.

There were "pretty empty freezers and chillers", and he believed other New Zealand players were probably in the same space.

While there had been a slight-build up occurring in Europe as a result of warm weather reducing consumption a little, it was now moving to the Christmas chilled trade, and that build-up was eroding very quickly.

When it came to this year's lamb crop, some areas - including parts of Southland and the North Island - had taken a knock with bad weather and the guess was it was probably only going to be average overall.

A mid-season price in the mid-$6kg range felt achievable at this stage, he said.

With beef, there was the issue of trade wars between China and the US and a significant build-up of pork protein in North America, which was competing at the cheap end of the beef market. There was also significant drought in Australia and the US.

Looking at the various factors, it felt like beef was pretty fully priced and there was room for it to "move south".

Venison still felt very strong; there was a much better spread of markets than there had been traditionally, lower value cuts were very well underpinned by strong pet food demand, and there appeared to be an element of herd rebuilding in New Zealand.

Putting those factors together, the company saw no obvious reason for the strong pricing to decline.

The plant gave the company much lower cost structure and the ability to capture more revenue from animals, Mr Taggart said.