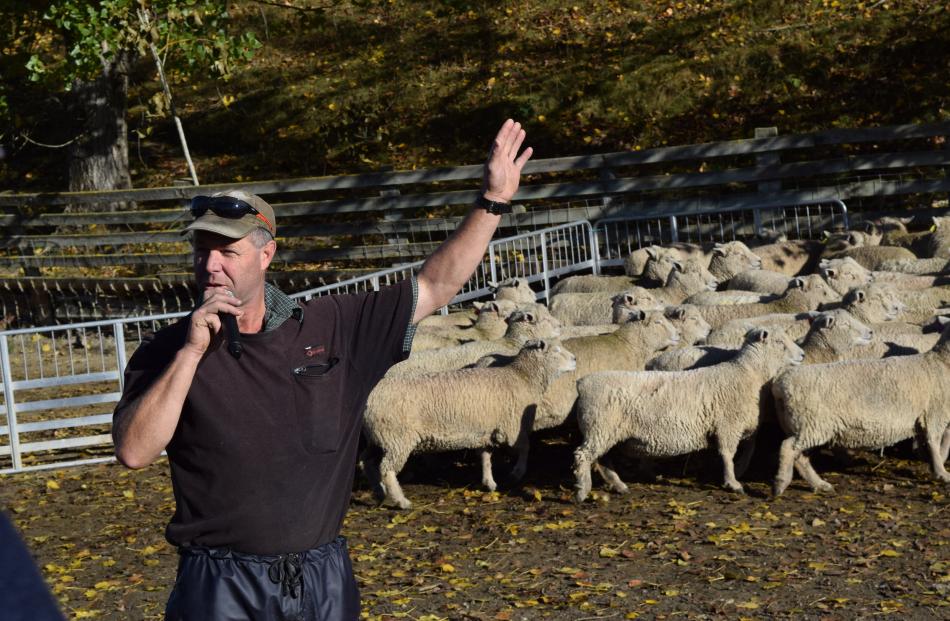 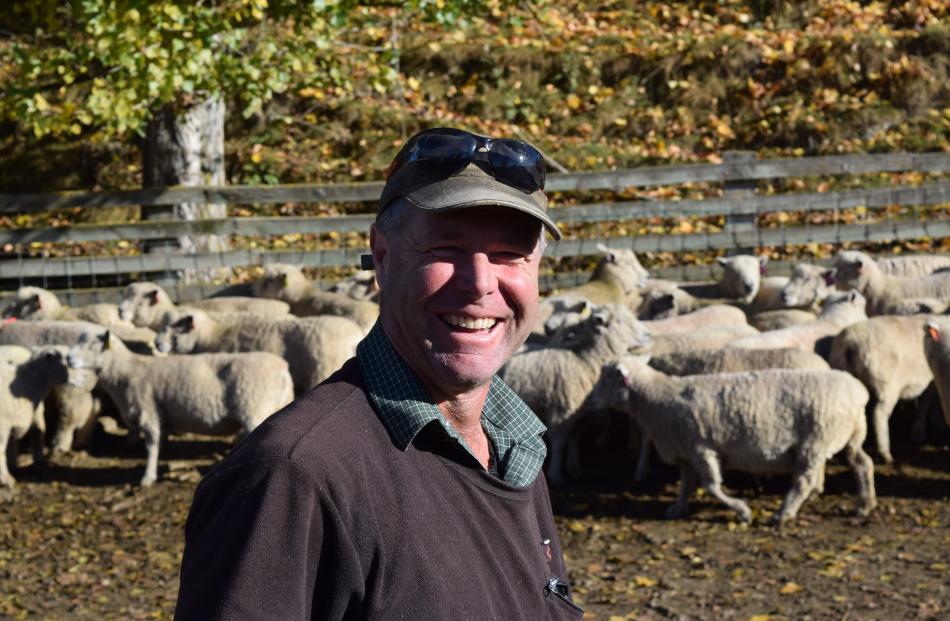 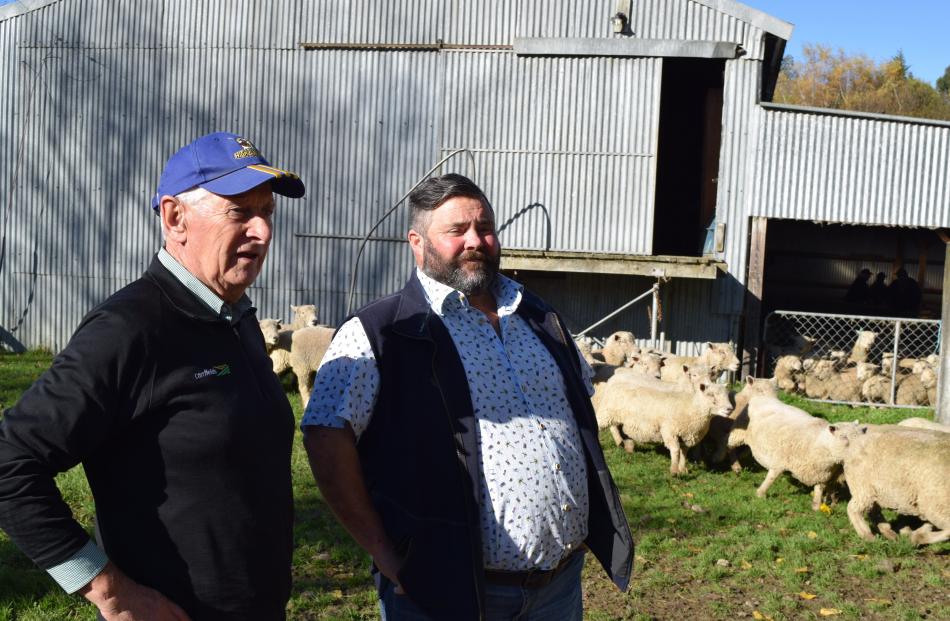 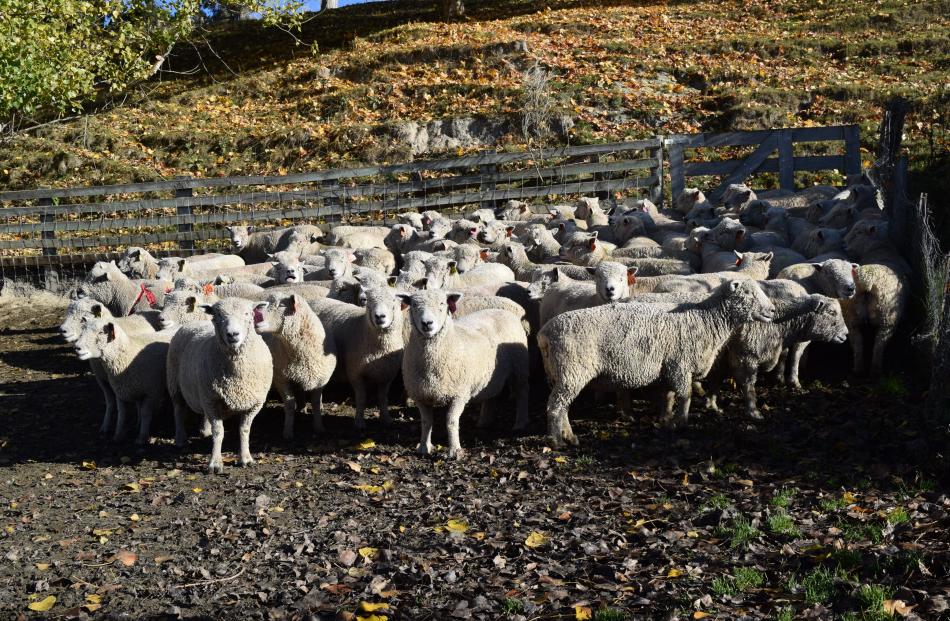 A flock of Southdown sheep at Riverside stud last week.

A tour of Southern farms running Southdown sheep featured discussions about hogget lambing and the traits of the breed farmers must "protect at all costs".

About 40 people from throughout the country attended the Southdown Sheep Society of New Zealand’s national southern tour last week.

"Who played at two test matches — All Blacks and New Zealand Kiwis — on the same day in Auckland in 1946?" Visitors pondered the question as Mr Murray introduced himself and talked about his system breeding Southdowns on his 550ha farm.

He talked about lambing Southdown hoggets.

"I don’t like skiting but I reckon I’ve just about nutted this hogget lambing — it’s not without its fish-hooks but lambing late seems to help with survival and lambing problems," Mr Murray said.

He had sold "quite a few lambs for hogget mating" and it had been "working really good" for his clients.

A client in the district had success on his first attempt at hogget lambing.

When he started hogget lambing it was a "balls- up".

"You’d have a good hogget and you’d pull the lamb out and it would wander away and be buggered but now our sheep have improved and I’ve become a bit of a convert." Most of the improvements were due to providing quality feed to the hoggets.

"You can blame the ram all you like but if that hogget’s not there ... "

His system included lambing in mid-September and spreading fertiliser in November, in a bid to fatten the lambs and get them to the meatworks sooner.

"That seems to be working pretty good." The Southdown traits he believed farmers should "protect at all costs" was its ability to mature early, thrive in tough weather conditions, the uniformity of the breed and its ease of lambing.

The first trait he looked for when selecting a ewe lamb was the condition of its feet and its ability to "stand up tall and strong".

The second trait was its "head cover", he said.

A topic of discussion was how much wool to remove from the head of a Southdown and when to do it to give it the best chance of survival.

A North Canterbury farmer on the tour said the first trait he looked for when selecting for improvements was the ability of a ewe to produce milk for her lambs.

Another topic Mr Murray raised for discussion was whether switching from conventional tagging to DNA tagging could increase lambing per centages.

If a twin or a triplet lamb was tagged conventionally, it could result in its mother abandoning it and impacting on survival rates.

"The ewes are doing better as I’m [conventional] tagging, but I am thinking quite seriously of doing DNA tagging."

The only part of DNA tagging which "scares" him was upsetting any long-term clients by switching tagging method. "That makes me nervous," Mr Murray said.

Club member John Macaulay, of Timaru, said he had been breeding Southdown sheep for more than 60 years and was on a tour of Riverside stud nine years ago.

"In those nine years you’ve improved out of sight, no doubt. You have some magnificent ewes." 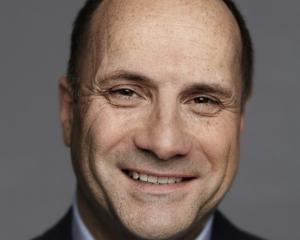 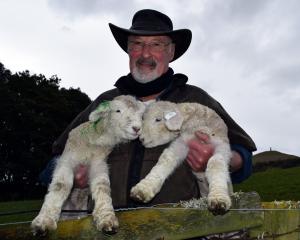