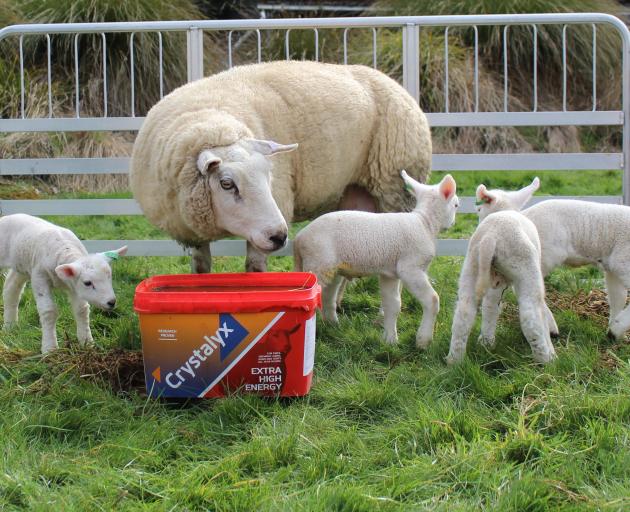 These quads at Cromarty Texel Stud, in Invercargill, are looking well-muscled and meatier, thanks to imported semen from Scottish studs. Photo: Supplied
The second crop of lambs on the ground from Scottish genetics are looking good, Texel stud breeder and farmer Brent Busby says.

He and wife Heather own the Cromarty Texel Stud and run 110 pedigree registered Texel ewes on 20ha at Myross Bush, Invercargill, with a further 15ha leased.

''We have finished lambing early and have 170% tailed, (including a set of quads)'' he said. 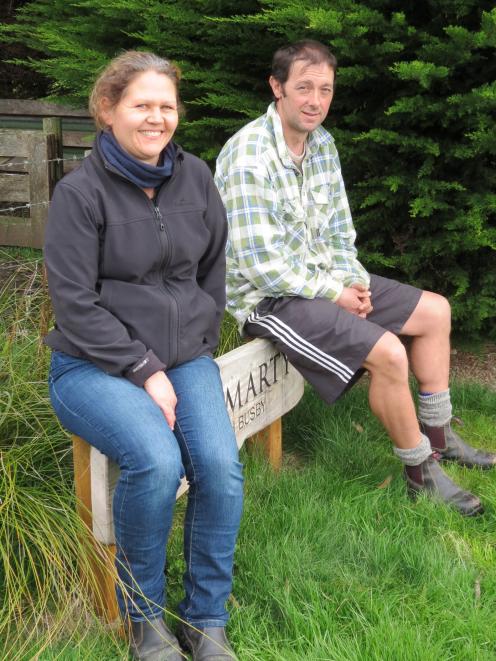 The first crop of lambs was on the ground in November 2018, six weeks later than their main flock.

However, they were delighted to see that despite the younger age, the Scottish Texel influences provided fast-growing and well muscled, meaty animals.

The 2-tooth rams will be for sale this year.

They also bought straws from the Cambwell Texel stud, near the Scottish borders, supplied by ram Trademark.

''My brother Hamish Cottle, who has a stud in Canterbury, went over to look at the different studs and their genetics,'' Mrs Busby said.

''We were looking for something a little bit different.

''We also wanted to look to the future.''

The Scottish stud owners were happy to comply with stringent regulations and kept their rams in quarantine for three months before collecting semen straws.

''We wanted something to fit in with New Zealand conditions,'' Mr Busby said.

''It was always going to be a gamble as the AI'd ewes might not produce lambs, or the lambs might not work in New Zealand conditions.''

However, the lambs that arrived, although born six weeks later than the main flock, were earlier maturing and a ''ball of muscle''.

When the lambs were scanned the couple were pleased to see the Scottish lambs had a higher eye muscle area to body ratio than the others, and a larger body size ''across the board'', Mrs Busby said.

''That is what we wanted.

''At this stage we are quite happy, and the meat is where it should be.''

They will keep the ewes and sell the rams as 2-tooths.

Mrs Busby said they intended to consolidate what they had at the moment.

The straws were $130 each and they produced on average, one lamb per straw, although there was a set of quads and several triplets this year.

However, she was optimistic they would see sufficient returns on their investment.

During the past two years they have taken 2-tooth rams and ewes to the Canterbury A&P Show.

The rams placed fourth out of 24 and the ewes placed sixth out of 24 in the competitions and they won the pair of rams class.