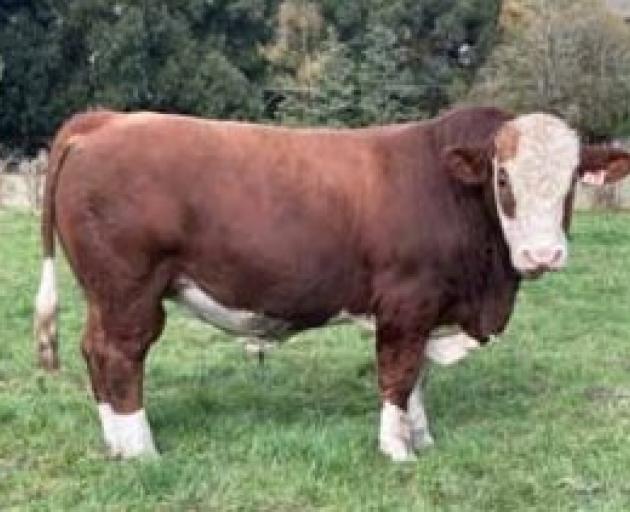 "I knew he was a good bull but you never know what to expect."

The buyers were Simon, Louise and James McRae, of Overland Simmentals, in Waimate.

"That’s the highest average we’ve had."

Despite the high price average, demand for Simmental bulls was down on past years.

Buyers were taking the "top bulls" and passing on others.

"It’s just a cycle. Who knows, next year demand might be up again."

He had been breeding bulls for nearly 40 years and had a "good bunch of calves" which would feature at the 25th sale next year.