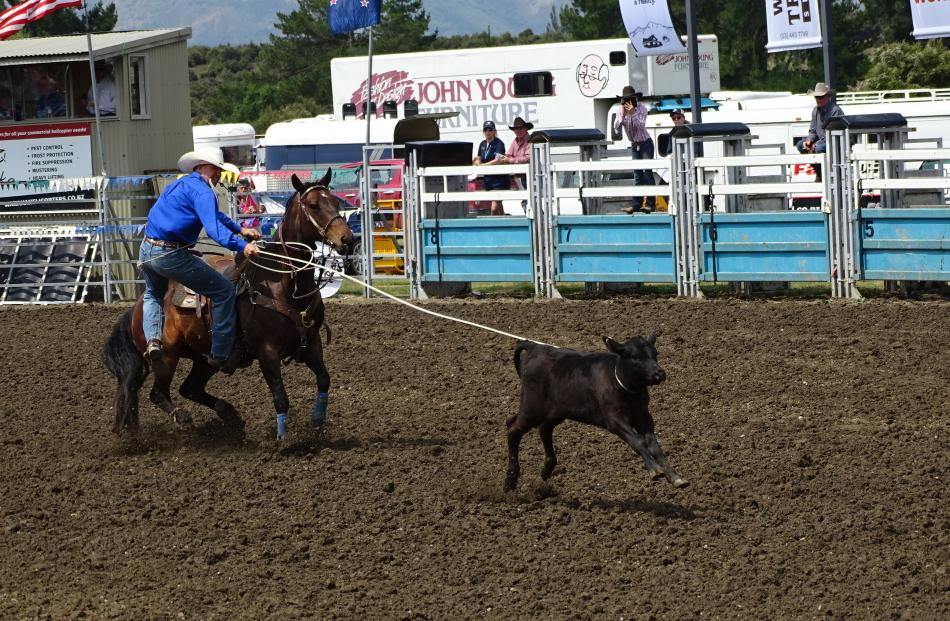 Patrick McCarthy, of Wanaka, easily won the open rope-and-tie event. He has won the event six times in the past decade. Photos: Kerrie Waterworth 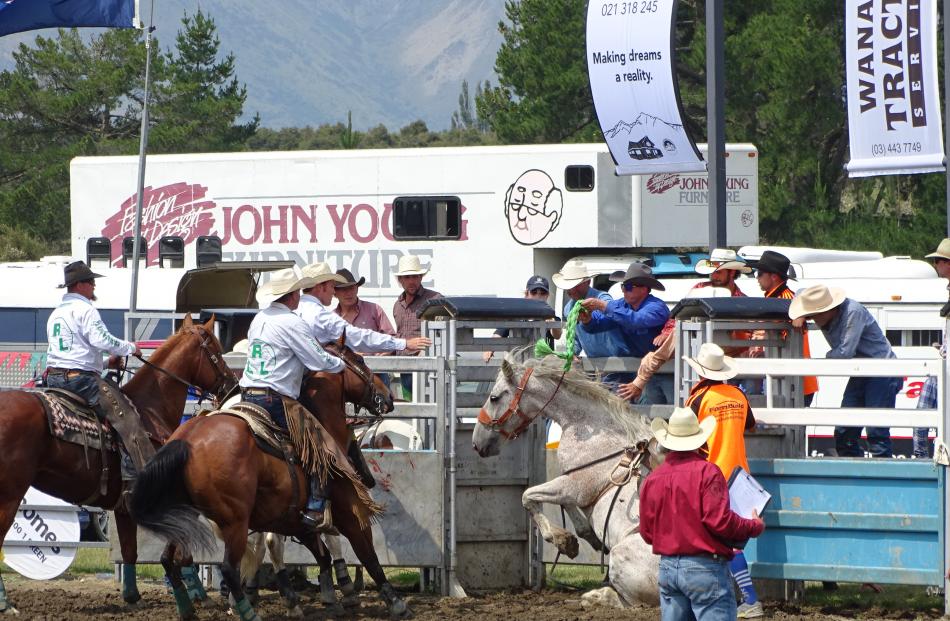 This horse got himself excused from the open saddle bronc for misbehaving. 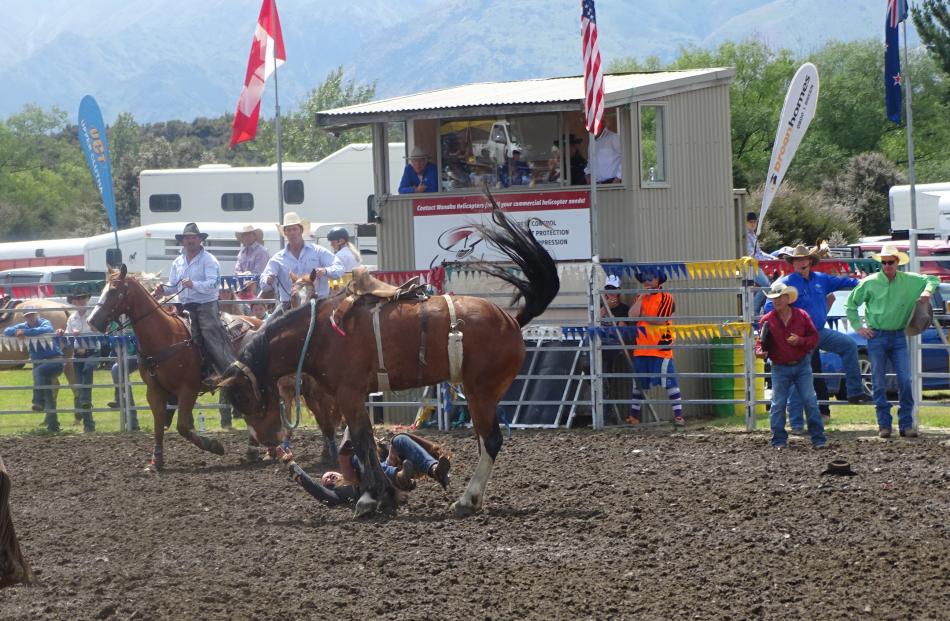 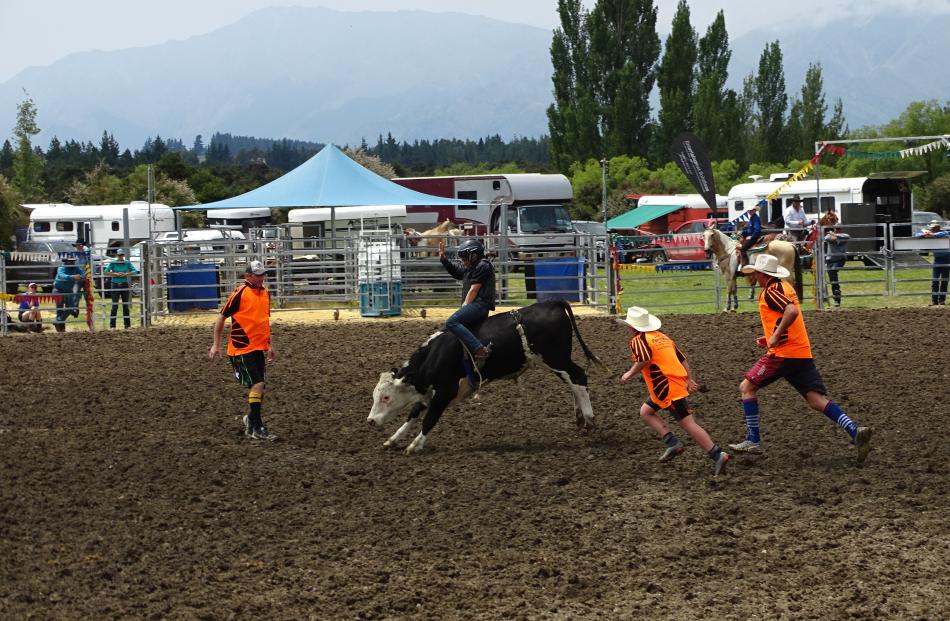 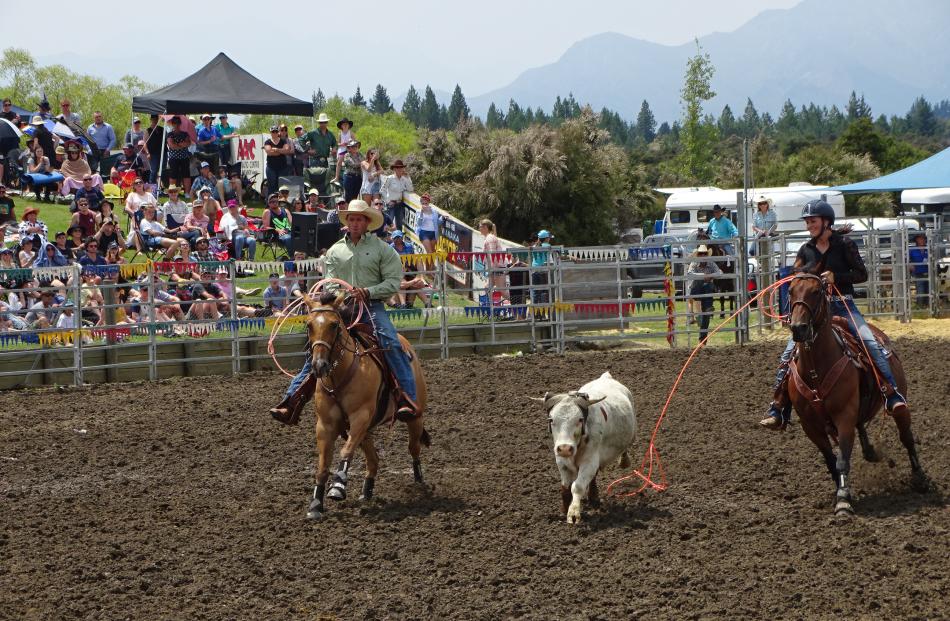 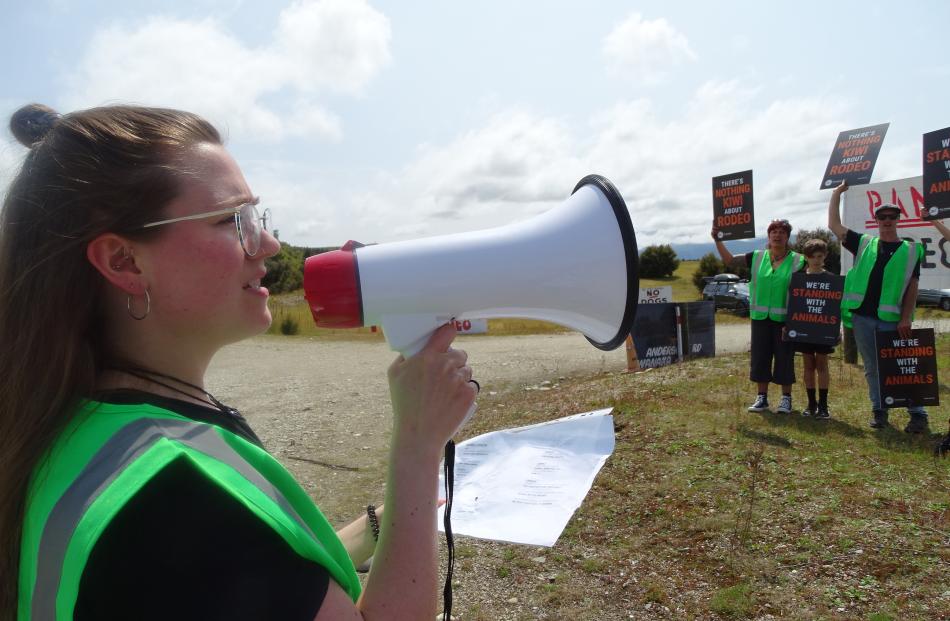 Kat Gollop of the Queenstown Vegan Society and 10 supporters protest at the entrance to the Wanaka Rodeo on SH6 in Albert Town yesterday. 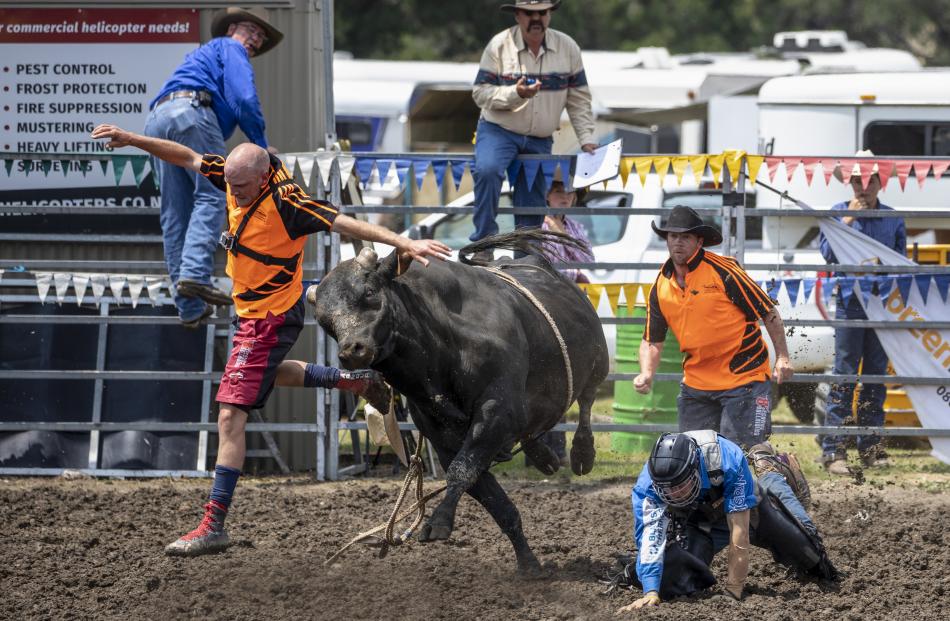 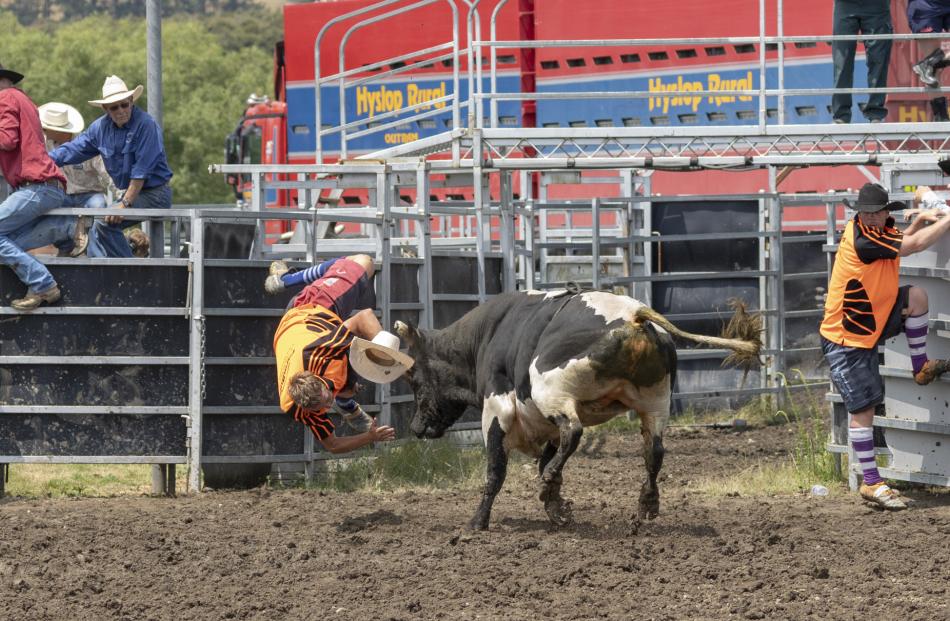 Heavy rain overnight delayed the start of the annual Wanaka Rodeo yesterday but did not prevent a huge crowd and a few protesters from attending the event at the Farmbuild South Arena near Albert Town.

New Zealand Cowboys Association president Lyal Cocks estimated 3500 spectators, including locals and visitors, watched 300 entrants, ranging in age from 10 to 70 years old, compete in the traditional rodeo events as well as a new one — ‘‘breakaway roping’’.

‘‘We keep bringing in new events to make sure we have a good competition to satisfy the dynamics of the membership, for reasons of animal welfare and to reduce the risk of accidents happening, and for the spectators as it is not much use having a boring sport,’’ Mr Cocks said.

There were only five entrants in the event this year but ‘‘quite a few were in the wings watching and probably will have a go next year’’, club president Patrick McCarthy said.

Amanda Batt (13), of Cave, has competed in 10 rodeos over the past 12 months and yesterday she won the novice steer ride.

She said her big brother was her inspiration but she also wanted to prove that ‘‘us girls are as strong as the boys no matter what anyone says’’.

She said riding a bucking steer felt like you were ‘‘flying’’ but admitted when she first sat down on the animal she had to stop herself from screaming ‘‘because you are really scared at first that you are going to get hurt, but as soon as the gate opens you are free’’.

Ten members of the Queenstown Vegan Society waved placards and chanted outside the public entrance to the Wanaka Rodeo on SH6 for about an hour before the rodeo started.

Rodeo entrants (from left) Jack Thomas (14), of Blenheim, Oscar Nott (17), of Wanaka, and Bill Biggar (29), of Alexandra, practise on the ground where it is safer.
Spokeswoman Kat Gollop said they were protesting against an ‘‘archaic form of using animals and exploiting them in the name of entertainment for the minority’’, and to remind the Government it had promised to ban events such as calf roping, which uses calves only a few months old.

She said 90% of the cars driving past the rodeo were ‘‘cheering for them’’.

‘‘It goes to show the fight we are fighting is the one most of us agree with.’’

Mr McCarthy said there were only a small number of protesters, and ‘‘they don’t worry us at all, really’’. 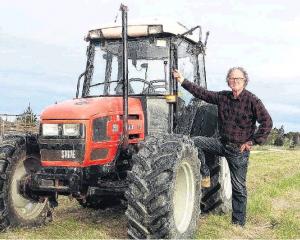