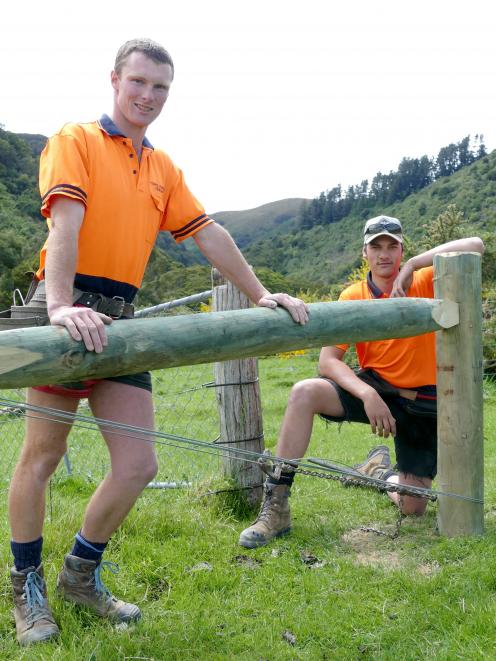 The West Otago A&P Show returns to town on Saturday, and among the many attractions and events on offer is one involving several hundred metres of No 8 wire.

However, Tapanui fencing contractor Isaac Johnston wants to increase that awareness, and will help both oversee and compete in the A&P show’s second annual fencing competition this year.

Mr Johnston (27) has been fencing competitively since 2014, and says it is a skill most who live rurally should try to pick up.

"We had seven entrants last year, and we’ve got about that already again, but we’re always keen to see a few more step up," he said.

"If you live in the country, you have at least one fence on your property. That means whether you’re watching or taking part, there should be something of interest you can pick up from the competition."

Materials for and the style of fencing in formal national competitions like the annual Golden Pliers at Mystery Creek were dictated by North Island standards, whose proponents dominated the sport at present.

However, for Saturday, a more recognisably Mainland style of fencing would be used.

"We build a short netting fence of 20 to 30 metres, using posts already in place, with materials from Stuart Timber [of Tapanui], Hurricane Wire and Strainrite.

"It takes about three to four hours, and it’s all about showcasing best practice. It’s easy to pick apart a fence that hasn’t been put together well."

Mr Johnston’s fencing competition will run alongside a smorgasbord of traditional and novel show elements.

Among other entertainment, visitors to the eventcan enjoy a big dig, the Otago Museum show, horizontal bungy, a children versus Clydesdales tug-o-war and the show’s traditional grand parade, which will take place at 12.30pm.