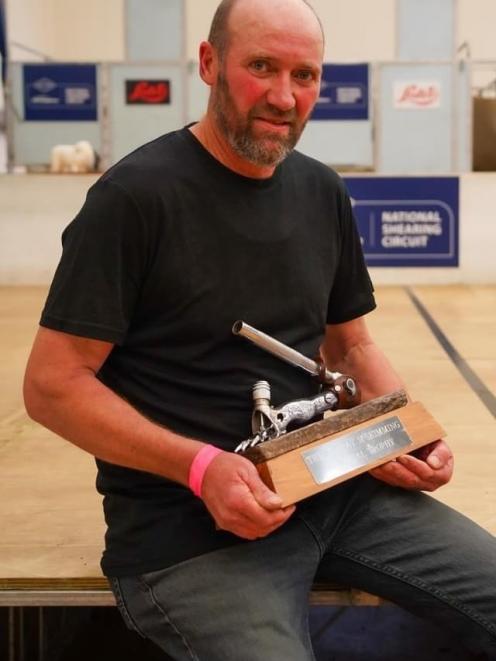 If anything, he would like the chance to do a bit more.

He may just get the chance this weekend at the closed-to-the-public Ashburton A&P Show shearing competition. But for now he is happy to just be helping organise the shearing section.

Mr Smith (55) started on the stands as a teen in school to help a family friend, and over the years his shearing prowess had grown into a business.

He learnt how to shear from the likes of John Hough, Lindsay Palmer and David Fagan, and worked with Peter Lyon, John Mulholland, Adrian Cox and Barry Pullin, before setting up contracting business ProShear Ltd in Rakaia with Norm Harraway.

Now, Mr Smith and wife Lynn run the business and at the peak, from mid-July to the end of September, have 30 to 40 staff working in the Ashburton and Rakaia Gorges and as far afield as Little River, at Banks Peninsula.

It is a busy operation in which staff often live and work together. It helps if they get along.

The couple’s twin sons, Alex and Jackson (26), have also ventured into shearing, but in different ways. 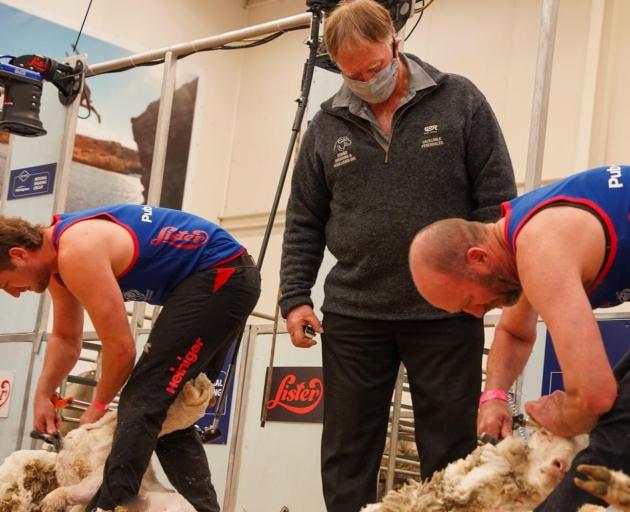 Alex Smith (left) competes alongside father Grant in the open machine shearing heats at the New Zealand Merino Shearing Championships at Alexandra.
Alex has taken it up as a profession, after attending Telford, and has travelled the world shearing.

Jackson, after full-time university study and two completed bachelor degrees, sees its potential as a pathway for travel.

After four decades, Mr Smith feels the impact on his body with ‘‘a few niggles’’.

And he is likely due a hip replacement with bone-on-bone a bit of a cause for concern.

Luckily, most of Grant’s 16-hour days involve keeping the shears moving for his staff, and clients.

He is lucky if he has shorn 100 sheep pre-lamb this season, he says. 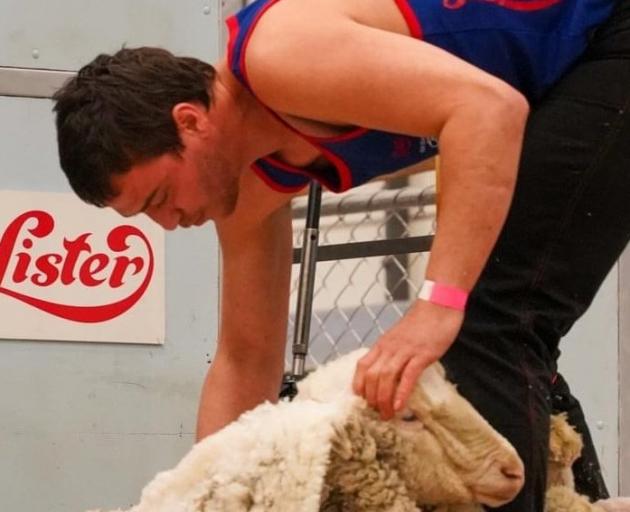 Shearer Taare Edwards in action
That is a big deal, as Grant was in the starting line-up in the New Zealand Merino Shearing Championships open machine shearing event at Alexandra earlier this month — its 60th show.

He took the stands against 37 others — all were younger, and among was his son Alex.

Lugging merino wethers weighing up to 60kg, Mr Smith made it through to the six-shearer final.

He is now the only shearer aged over 50 to have contested the open final twice. He last did it in 2018.

Although this year it was won by Nathan Stratford, the Alexandra show has a special place in Grant’s heart.

The shows are a way for people to try to better themselves, often not about the prize money but earning the title, he says. There is plenty of competition between shearers — friendships are made in the yards, put aside during the event, and rekindled afterwards.

‘‘I’ve competed at the show right through the grades, and have met a lot of good people over the years,’’ Mr Smith says.

Alexandra is ‘‘one of the more challenging shows in the country’’, and a must for shearers on the national circuit, he says.

It is also where Mr Smith won his first title, competing at his first show back in 1986. 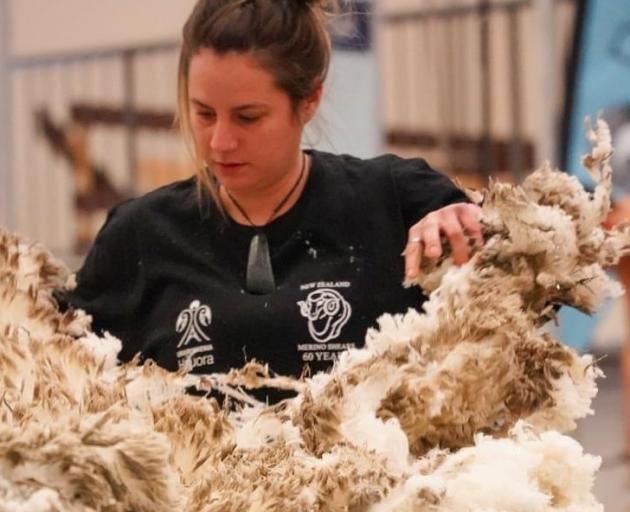 Woolhandler Jess Toa in action during the New Zealand Merino Shearing Championships at Alexandra earlier this month.
Then, at age 18, he took the senior shearing title, after only ever having shorn one merino.

There were 300-ewe shearing milestones (completed twice), and three world merino shearing records set. The first in 1993 at Ben Omar Station, in Omarama, where Mr Smith shore 447 merino ewes in a nine-hour day, the second — a two-stand record alongside Barry Taylor set at Omahau Station, Twizel. The duo set a wether record of 809 in nine hours.

Mr Smith’s third record attempt was at Ryton Station, Lake Coleridge in late 1999, when he shore 418 wethers in nine hours.

The second time, four years later, earned him a spot in the New Zealand team competing at the World Championships in Toowoomba, Australia in 2005 alongside shearing legend Sir David Fagan.

He then went on to represent New Zealand many times, and travelled the world shearing, with stints in the UK (mostly England and Scotland) and Hawaii.

The ProShear crew also did well at Alexandra.

Among them were shearer Taare Edwards, who placed second in senior shearers class, and woolhandler Jess Toa, who came second overall in the junior woolhandlers class.

‘‘We’re pretty proud of them all,’’ Mr Smith says.

Due to the Covid-19 pandemic, there were no team events and no spectators, as was happening at A&P shows around the district.