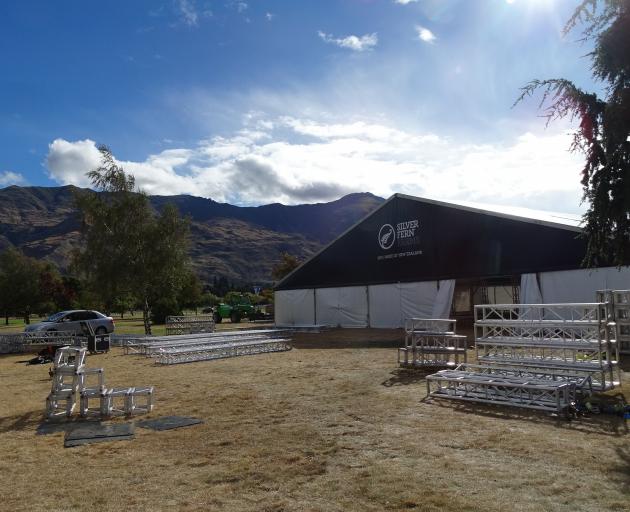 On Tuesday night, the five-member A&P board voted unanimously to proceed with the show, but on Sunday the Government will decide whether the country can move from Alert Level 2 to Alert Level 1 for areas outside Auckland.

The first trade tent went up on Tuesday in Pembroke Park.

Paul Menzies was in charge of the team erecting the Silver Fern Farms tent and said "they would keep building until they were told to stop, otherwise it would not be finished in time".

Board chairman Mike Scurr said today was the first big working bee for volunteers and they would begin unloading the pavilion and sorting out the different sections.

Between 30,000 and 40,000 people have attended the two-day event in the past and the show has raised more than $200,000 for local charities. According to an economic survey five years ago, it contributed $19million to the town’s economy.

Mr Scurr said "we are still not across the line, the decision now is with [Prime Minister] Jacinda [Ardern] and the Government".