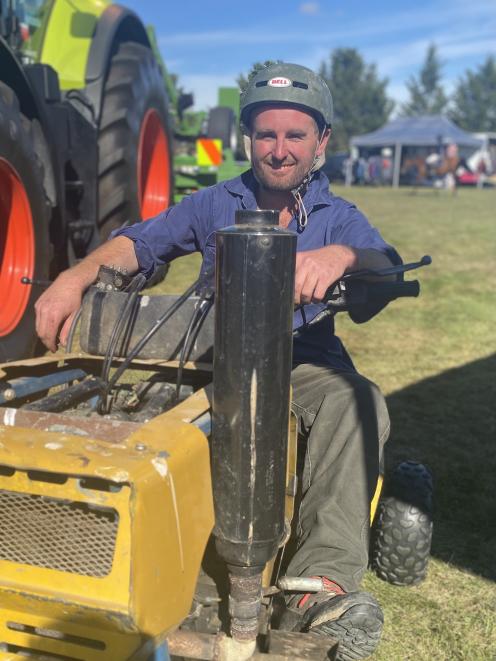 The mower, which no longer has any grass cutting facilities, was purchased from Timaru by Mr McCone and fellow Macraes farmer Kent Tisdall with full intentions to "pimp it up" with a 250cc Kawasaki motor to take part in the annual competition.

The duo has enjoyed tinkering with the machine over the years to improve its throttle capabilities and Mr McCone said not a lot needed to be done this year to prepare it for its one big day of the year but "working on the mower" was good code for enjoying a quiet beverage on a warm summer's evening.

The mower had reached a top speed of about 50kmh in an "undisclosed location" in the lead up to the race and Mr McCone said he had not had any incidents . . . ``not yet anyway''.

Sunday's race was hotly contested and three other extremely fast mowers were entered in the race but Mr McCone's race experience and superior handling skills secured the win in the end. 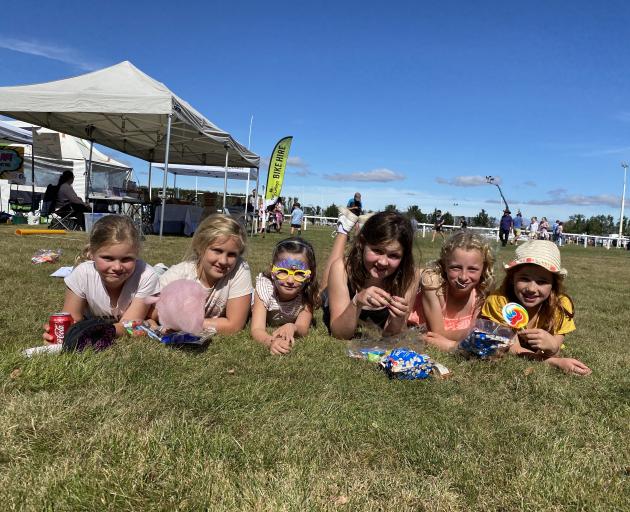 Show secretary Michelle Tisdall said it was the biggest crowd the event had seen in a long time.

"We changed the date this year so people could make the most of a long weekend here in Middlemarch." 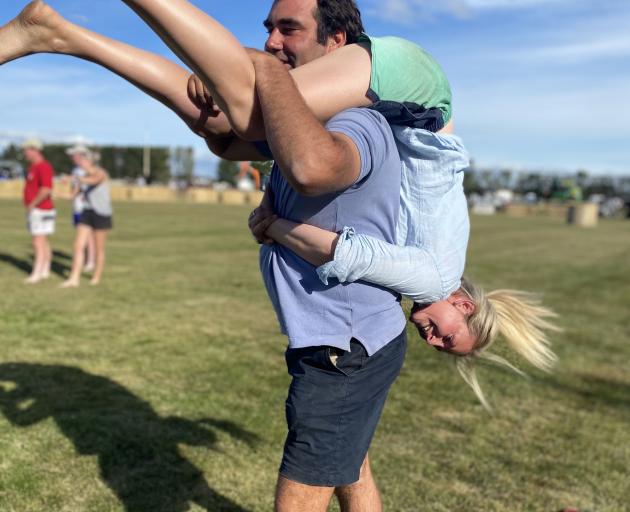 Husband and wife Willy and Emily Jones line up at the start line of the spouse carrying competition.
After having to cancel the show less than a week out last year due to Covid-19 Mrs Tisdall was "relieved" to see it happen this year.

"Relieved and exhausted," she said.