Farm sales down by 9% 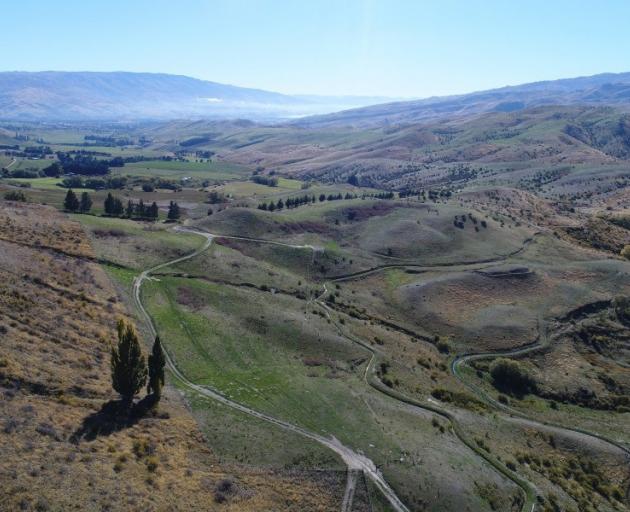 Happy Valley Station, a 2265ha high country merino operation near Cromwell, is expecting good interest from buyers. Photo: PGW
A total of 1336 farms changed hands for the year to October 2019, down more than 9% on 2018 figures, according to latest data from the Real Estate Institute of New Zealand (REINZ).

The decline was most marked in dairy, as 36% less dairy farms sold across the 12 months, compared with the previous year. There were also fewer finishing and grazing farms sold nationally.

Sales of arable farms increased by 7% over the period.

For specialists in farming real estate, sales figures for the past quarter in Southland made for depressing reading, as the biggest decline in sales (13) came in the province.

REINZ rural spokesman Brian Peacocke said while dairy, and finishing properties were down considerably, the stand-out category was arable, which was ''comfortably ahead'' of two years ago and almost double compared with the equivalent period in 2018 at 28 versus 15 confirmed sales.

Despite the decline in overall numbers, the median sales price for dairy for the quarter jumped to $41,204 per hectare for the quarter, an increase of 44% from the previous year, while the average price for a finishing farm came in at $34,554, a nominal 4.8% increase over the 12 months.

By contrast the average sale price for a horticulture farm - 44 of which went under the hammer for the period - was at $216,383 per hectare, a 9% increase on the previous year.

''The banking industry, which surprisingly in view of low interest rates, is less than subtly erecting barriers to frustrate rural borrowers and in the process, risking a potential major drop in farm values as increasing numbers of landowners seek to exit the industry,'' Mr Peacocke said.

He said the South Island, in particular, had been ''very quiet'', particularly in dairy, although there had been a continuation of steady sales of smaller grazing units in Central Otago.

''At the same time, there was a reasonably steady level of sales of dairy support, grazing and arable properties in Southland.''

PGG Wrightson Real Estate Alexandra branch manager Mike Direen confirmed the market in his area had been ''well down'' on prior years, although there had been positive demand for sheep and beef farms.

''Traditional demand from dairy farms looking for run-on blocks, but that market has pretty much stopped in this area, with banks unwilling to back buyers.''