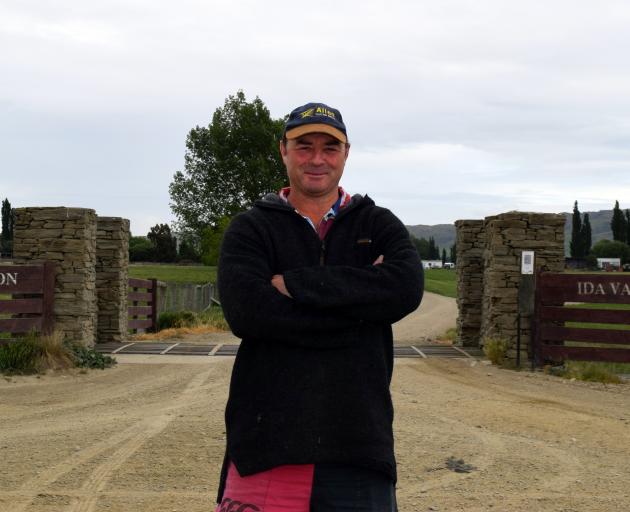 Ida Valley Station owner Callum Paterson runs up to 30,000 stock units on his 12,600ha property, which lies between 400m and 1040m above sea level, about a 50km drive east of Alexandra.

Including Mr Paterson, the station has seven full-time staff — three working on stock, two driving tractors and one doing maintenance.

Dry seasons and rabbit plagues, particularly in the mid to late 1980s, led to a decline in preferred pastures of clovers, cocksfoot, sweet vernal and native blue tussock and the advance of invasive weeds, such as hieracium.

"In the late 80s, you’d shift a block of stock and spend two hours driving home, shooting a couple hundred rabbits — they were everywhere."

After calicivirus was released in 1997, the rabbit population declined dramatically.

"Overnight, it brought them down to just about nothing."

He stopped any form of rabbit control.

"We took our foot off the throat, thinking it was going to be that way for ever but the numbers slowly returned."

In 2007, he and his neighbours collectively employed a rabbit shooter, but rabbit numbers continued to grow.

In 2013, he advertised in the newspaper a full-time job for a rabbit shooter to work solely on his station.

"It’s the most replies I had for a job because people have a romantic idea of getting paid to shoot rabbits, not thinking they would need to do it at night and in cold, unfavourable conditions."

He employed two inexperienced rabbiters — both "fly-by-nighters" — and the rabbit population got out of control.

Shooting rabbits was not enough to control numbers.

"I thought I was going to save myself a few dollars by doing that and you get people in who don’t know how to do it properly, so you are better off using contractors."

About four years ago, he called in professional pest contractor Robert Andrews.

Professional contractors knew a range of control methods and the best time to use them.

In the first year working with Mr Andrews, he spent about $20 per hectare on rabbit control, including spreading carrots laced with poison in winter.

Now you were lucky to see a rabbit on the station on any given day.

Despite rabbit numbers falling, he kept employing Mr Andrews, spending about $8 per hectare a year on rabbit control.

"It’s an insurance policy we have to keep paying."

When rabbit numbers were booming, he estimated it cost him more than $30 per hectare a year in lost production.

The war against rabbits could be won, if everyone, including lifestyle block owners, worked collectively, played their part and got the job done right.

"You need good contractors, otherwise it won’t be done properly."

It was right the land occupier had responsibility for the control of rabbits.

Expecting a regional council to control rabbits was "like asking your dietitian to cook your steak, instead of a chef".