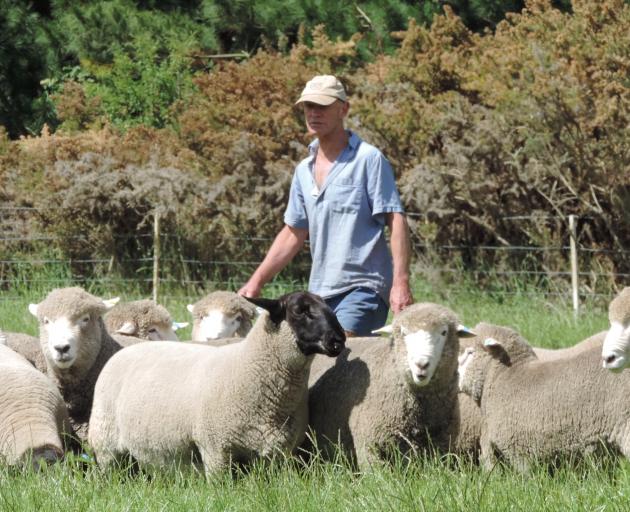 The Ross family, from Hakataramea, has been breeding stud sheep for more than six decades. Eric Ross recently topped the Canterbury A&P Association’s elite ram and ewe sale, selling a Suffolk ram for $12,500. Photos: Sally Brooker
The farmer who topped the recent Christchurch ram fair with a Suffolk is just as fond of the Corriedale breed.

Eric Ross sold a ram from his Hakataramea Collie Hills Suffolk stud for $12,500 at the Canterbury A&P Association Elite Ram and Ewe Sale. Two of his other rams made $6500 and $2200, so he also topped the averages.

Mr Ross set up his Suffolk stud in 1981, having already taken over the Corriedale stud his late father, Bill Ross, had established in 1955.

The Suffolks have ‘‘really improved’’ in the last 10 years as a meat breed, and now have good musculature, he said.

Nine years ago he sold a Suffolk ram lamb to the country where the breed began. A farmer from Wiltshire, England, bought one of Mr Ross’ rams after visiting Collie Hills — just across the Waitaki River from Kurow. It was quarantined for two months before its semen was sold in England.

These flock rams in the home paddock at Collie Hills have been sold.
Mr Ross has hosted 250 people attending the World Corriedale Congress and has exported both Suffolks and Corriedales to South America.

‘‘I like both equally,’’ he said of the two breeds.

‘‘You’ve got to buy good sheep.

‘‘I’ve had great client loyalty — that’s a big thing. One started buying from my father in 1955 and he’s still buying.

‘‘I love breeding. The challenge is to breed the best sheep.’’

‘‘At the moment I’ve got a great ram; he breeds really well.

‘‘You have to buy a ram that clicks with your stud flock.’’ 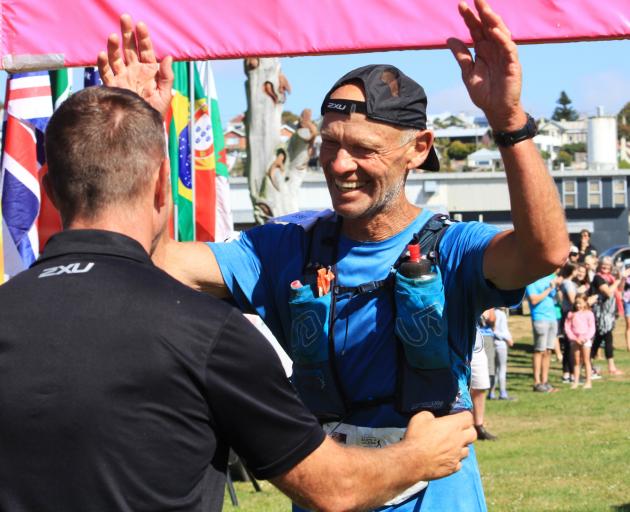 Culling for undesirable traits was ‘‘easy’’, he said — largely because of the numbers Collie Hills has to work with.

There are 350 Suffolk stud ewes and 600 ewes in the Corriedale stud.

‘‘The Suffolks are no problem. They just poke out lambs.

‘‘Twinning is a big thing with the Corriedales.’’

The triplets, which were not uncommon, were all left on the ewe and seemed to do well, Mr Ross said. 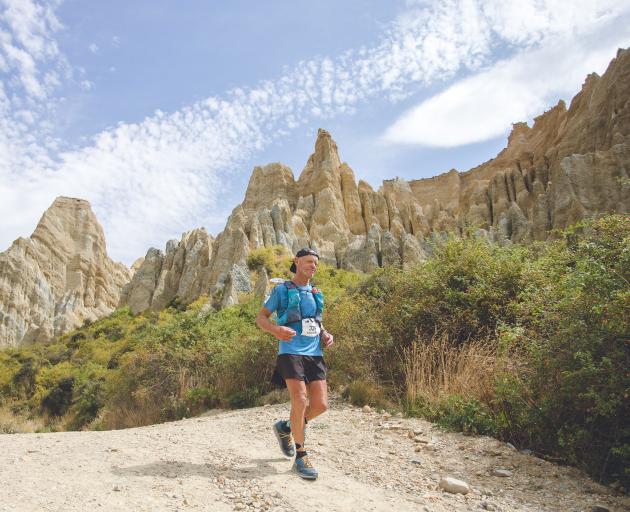 Eric Ross jogs past the Clay Cliffs in the Alps 2 Ocean Ultra earlier this year. Photo: Supplied
That meant they were fit for the conditions in which many of the stud’s customers lived.

Collie Hills does not get much snow in the winter, he said. The highest point is 914m above sea level and the annual rainfall is ‘‘bugger all’’— about 420mm.

K-line irrigation taken from the Waitaki River in a private scheme augmented it on 161ha.

‘‘We sell a lot of our lambs store. It depends on the weather.’’

Their son-in-law Wade Newlands owns the stock and leases the farm in a partnership.

Mr Ross intends to keep the stud the same size and hopes Mr Newlands will take it over one day.

At the age of 67, Mr Ross is what might be described as amazingly fit. He has been a top multisport athlete, completing the Coast to Coast race from Karamea to Sumner numerous times and winning the veterans’ section.

His most recent undertaking was the gruelling 323km Alps 2 Ocean Ultra in February and March. He was a volunteer for last year’s inaugural race from Aoraki/Mt Cook to Oamaru, helping to design the seven-stage course.

Running every step of it this year was ‘‘the hardest thing I’ve ever done in my life — and the most satisfying’’.

‘‘Every day you run a marathon. One day you run two marathons. The next day is even harder.’’

He ‘‘trained like hell’’ leading up to the event, going for 40km to 50km runs in between farming activities.

A ‘‘very crook calf muscle’’ threatened to scupper his efforts, but on the fourth day he amazed everyone by being the first runner to finish the 88km longest stage from Lake Ohau to Loch Laird.

‘‘I just had one of those days I can’t believe,’’ he said after getting to the Oamaru Harbour. ‘‘I was in front for the last 60km and I was just looking around for someone to take over — I just couldn’t believe it.’’

‘‘I love getting out of my comfort zone.’’