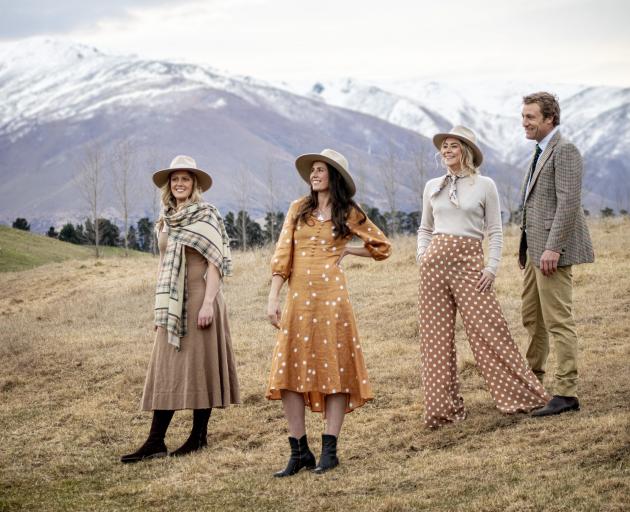 Bex Hayman was happy to get her latest photo shoot in just before New Zealand went into Level 4 lockdown. PHOTO: SUPPLIED/DANA JOHNSTON IMAGERY
Bex Hayman has made country cool again with her jewellery and accessories brand Whistle & Pop. She makes time to speak to Ashley Smyth, while juggling farm life, lockdown and running a business with three small children.

Talking to Bex Hayman over the phone during lockdown, you can’t help but be buoyed by her enthusiasm.

As we bond over the joys of working from home with three children, she takes a peppering of Nerf bullets from 3-year-old William in her stride. 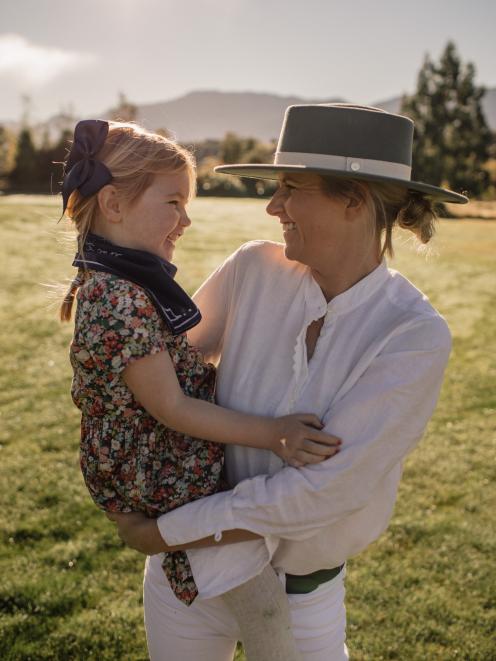 Bex Hayman and her daughter Isabella (4) wear some Whistle & Pop accessories.PHOTO: SUPPLIED/JODIE RAINSFORD
The conversation comes to a swift end, however, when one of the kids bounces off the Swiss ball and lands on baby Henrietta (11 months).

Bex is the brains behind Whistle & Pop, which she began in 2017 from the sheep, beef and cropping farm where she and husband Tom are based, a 25-minute drive into the Hakataramea Valley.

‘‘It’s definitely all kind of inspired by living where I do,’’ she says.

Her eldest daughter Isabella (4) was born in January the same year, and she had started an online venture, Young Rural Ladies, with friend Sarah Douglas, who had moved from Auckland, and was in a similar situation to her.

‘‘We started Market Place by Young Rural Ladies online, which was promoting women in small businesses in the same kind of situation, which was awesome and we loved it.

‘‘We were kind of posting about baking and my DIY stuff, and then we started promoting women in small businesses like us, out in the wop-wops.

‘‘Then we thought, we might as well put it online, so we could sell it for them ... And so that’s when I started selling dog whistles and created Whistle & Pop.’’

Bex had discovered a niche market. Although dog whistles could be bought ‘‘around the place’’, none were really being sold online.

She was getting her silver dog whistles made in Timaru, and they doubled as necklaces. She sold them through Market Place, ‘‘and that’s kind of where it started’’.

When the two friends became busier with the demands of young families and farm life, Market Place came to a natural end, but Bex carried on with Whistle & Pop, and it has continued to thrive.

The company now stocks more than 140 products on the website — mostly jewellery, scarves and hats.

‘‘Everything has got a kind of rural twist, I suppose, you know, in terms of materials too,’’ she says

‘‘The jewellery is, kind of, country-people focused. The scarves are wool or cashmere ... and the hats are all 100% wool. And they’re cool. Everything I do is because I like it myself.’’

Rural life was not new to Bex, originally from Lake Tekapo, but the isolation of farm life was. Her parents had been in the tourism industry.

Social media such as Instagram and Facebook enabled a connection with other people and were the platform for her business to be able to succeed.

‘‘So you don’t feel quite as isolated, that’s for sure.’’

During this Level 4 lockdown, with her children unable to go to preschool, she managed with help from their stock manager’s wife, Laura Johnston.

‘‘At the moment, I’m kind of just replying to emails when they’ve gone to bed.

‘‘I do all the orders and stuff, but Laura’s packaging them up ... I couldn’t do it without her. So that’s kind of made life a little bit easier.

‘‘Over lockdown the packages are piling up and just waiting for my lovely mail lady Kaye [Jenkins] to come and pick them up for me.

‘‘I’ve converted part of the old woolshed into kind of office and storage space, which is very authentic.’’

Outside lockdown, highlights on the Whistle & Pop calendar are photo shoots of new products, and the Wanaka and Christchurch A&P shows.

The models were Bex’s friends from Maryburn Station, near Tekapo, and Glen Lyon, near Mt Cook. Hakataramea-based photographer Dana Johnston, and more recently Claire Pope, from Oamaru, had been helping too.

‘‘It’s like actually my favourite part of what I do, bringing everyone together.

‘‘We’ve been doing it together since it started ... well I’ve definitely had Dana help me, she’s been amazing. And the other two girls, who are my models, they help me at the Wanaka Show and the Christchurch Show, too.

Bex is also spurred on by other entrepreneurs and businesswomen in the area. Liz Hayes, at Nest Tree Houses, and What’s For Smoko’s Philippa Cameron spring to mind.

‘‘We’re so lucky. Like, we have such a good, young community. We’ve got older [people] as well, who we learn from obviously, but there’s just a whole lot of young families, and a few of the girls are starting new businesses.

‘‘It is very cool, and I feel lucky to be up here with all these cool ladies around us.’’

‘‘She’s just an amazing person to have in the Waitaki, I suppose. Because she is so business-savvy — and I sit down on her couch in there and we yarn away about things I should and shouldn’t be doing.

‘‘She’s fully behind us new and small businesses, in terms of stocking stuff in there. She has all these ideas, and she always kind of involves us. It’s great.’’

As for lockdown affecting business, other than orders not being able to go out during Level 4, it is booming.

‘‘Am I allowed to say, it’s got busier? Not last time, but this time definitely.’’

New supplies of in-demand stock had arrived pre-Level 4, for November’s Christchurch Show and it was perfect timing for online customers, stuck at home in their bubbles.

‘‘I’ve just brought out a new mini cowboy boot and it sold out in three or four hours. I couldn’t believe it.’’

She has just launched a gumboot pendant and $10 from every one sold will go towards Mike King’s mental health charity Gumboot Friday.