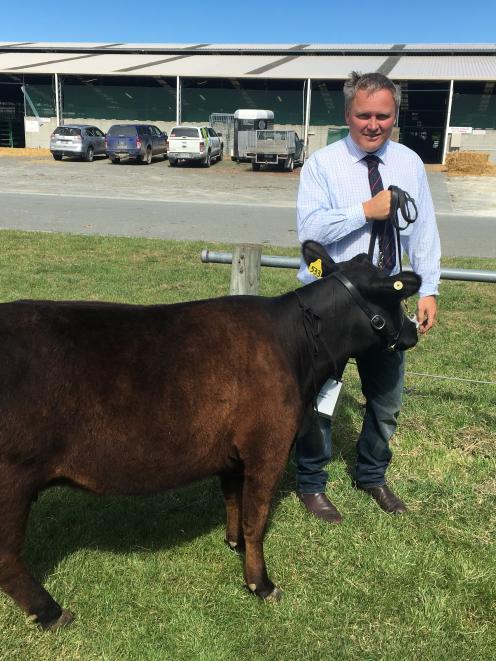 The North Canterbury farmer has stayed on as Canterbury A&P Association co-president to support the association through a challenging 2020 after presiding over last year's show and serving 20 years on the cattle committee.

Over the past few years Mr Herbert's sons Louie (17) and Charlie (15) have taken charge of the family's blonde d'Aquitaine stud cattle at showtime while dad was busy with show duties.

"I'm looking forward to just helping the boys with our cattle because the whole time the boys have been showing, I've been on the cattle committee and I haven't been able to do it.

"But I don't think you ever really step aside, you just move to one side.

"It's a lifetime commitment,'' he said, emphasising he would continue to be involved in some capacity.

The Herberts have taken a year off showing while they complete an embryo programme through the herd, which is based at Omihi, north of Waipara.

But the blonde d'Aquitaine cattle will be back at the show next year, he said.

While this year's New Zealand Agricultural Show was cancelled due to Covid-19, Mr Herbert agreed to stay as co-president to support incoming president Chris Harris, who was busy supporting the equestrian competition last week.

Last week, Mr Herbert was back at Canterbury Agricultural Park at Wigram to support the cattle committee as it ran the prime cattle and young auctioneers' competitions on Tuesday, the beef cattle competition on Thursday and youth competitions on Friday.

"We've got a good turnout of exhibitors, although there's no public, and I think they are enjoying the social occasion.

"I guess for a lot of them, it's all about the social occasion and the opportunity to catch up with their mates.

"It was important that we kept it going, because once you stop exhibiting it's very difficult to get motivated to start up again and that was why we had the idea of running these things, so we could keep people united for next year.''