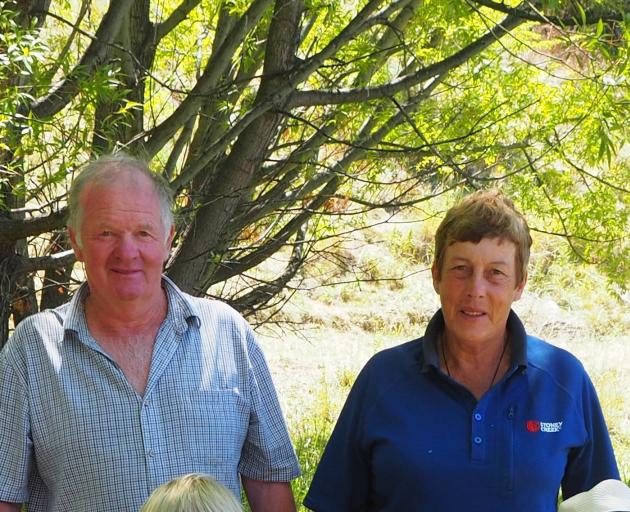 This year's show president has had a long connection as an exhibitor, but his involvement was restricted due to the relative isolation of Muzzle Station in the Clarence Valley, where he and wife Tina farmed for 35 years.

"I've been involved in the show on and off for a number of years, but we lived in the Clarence Valley, so our main involvement was as an exhibitor. We usually have sheep, wool and horses in the show."

The couple's daughter and son-in-law, Fiona and Guy Redfern, took over the running of Muzzle Station around seven years ago, with the Nimmos moving to the Kaikoura flats.

"We are closer to town, but we still can't see the neighbours," Mr Nimmo said.

The Muzzle Station farming operation has two finishing blocks on the Kaikoura Inland Rd, with the Nimmos responsible for one of those farms, "so it keeps us busy".

The family runs 12,000 stock units of merino sheep and beef cattle. It was all Herefords until recently, with Angus-cross cows gradually being added to the herd.

Most of the wool is supplied on contract to the New Zealand Merino Company.

"They suit our country and financially they are the best sheep for us to be in. Both the wool and the meat have done pretty well.

"The wool is still wanted and I think anywhere where you can run them, it's definitely worth it. But they are probably a bit limited in terms of the country you can run them on."

Conservation was important to the Nimmos and Redferns, he said.

"I think most people are doing the best they can for the land. It's important to look after the land, but any work around conservation and water ways has got to be worthwhile from an economic point of view rather than legislation.

"The bulk of the station has been farmed pretty conservatively because that's the best way to do it."