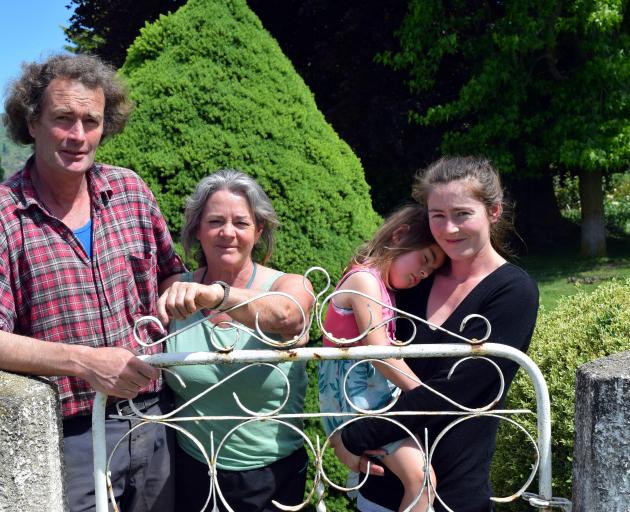 About four years ago, Robert and Janine Gunn bought a 260ha property at Shingle Creek, about 15km north of Roxburgh, to increase their Mt Hope sheep and beef operation to about 2800ha.

"It was riddled with rabbits — I’ve never seen so many rabbits — the ground was moving" Mr Gunn said.

Mr Gunn said the Shingle Creek property was "bare dirt, riddled with rabbit holes" but had sentimental value as his grandfather had once owned it and, as a young boy, lived there with his family.

As part of his due diligence, he asked his mate if he thought the rabbits could be controlled largely by shooting.

A tentative ‘yes’ from his mate was enough to proceed with the land purchase.

Before shooting began, they renewed about 2km of rabbit netting on fences on the property bordering the Clutha River.

Rabbit control would be a waste of time without effective rabbit netting, he said.

Once the netting was installed, a group of six friends and family members — including children and their wives William, Josh, Serena, Jade and Arama — got to work on rabbit control.

The group, armed with shotguns, formed a line and walked towards the fence, shooting rabbits.

"You could chase them into a corner and they can’t get away."

At dusk, the group would shoot for about two hours, three times a week.

Up to 500 rabbits could be shot in a session.

"You’d carry as much ammo as you could and within two hours, you’d used it all."

In some parts of the property, the rabbits were too flighty to shoot and hid in warrens.

They got a friend in who was certified to put magnesium phosphide pills in the entrance of those burrows, which releases a deadly gas when they come into contact with soil moisture.

In the first year, he estimated he spent about $10,000 on ammunition to shoot about 18,000 rabbits in Shingle Creek.

In the second year, they shot 200 rabbits.

In the third year, about 30 rabbits.

Now the rabbit population on the property was "bugger all".

The control work was effective and the property was a productive part of their operation.

‘It’s a good bit of ground — good for fattening stock on."

"It takes a fair bit of bloody hard work and perseverance and you’ve got to stick to it."

As they could not afford to employ a professional pest contractor, they needed the fortitude to do the work themselves, which motivated friends and family to help.

"The owner has to have a bit of drive."

She wanted all land occupiers, including central and local Government, to control rabbits on their land.

"They want to live the life but they’re not prepared to do the work and it’s important we all do the work."