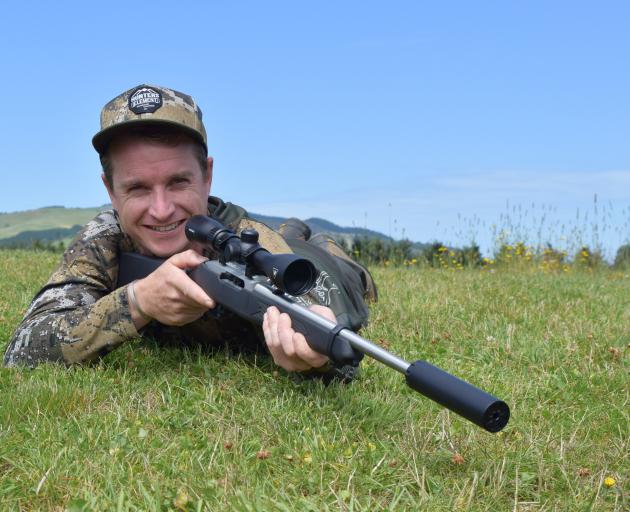 The quantity surveyor travels between St Kilda and Milton to get to his work in the Calder Stewart office space Revolution Hills.

"It’s amazing the amount of rabbits you’ll see on the drive."

In a bid to reduce the booming bunny population, he placed ads in the Otago Daily Times about six months ago seeking places in East Otago to hunt rabbits, free.

Respondents who gave him access included a retired farming couple on a 3ha lifestyle block south of Waihola, where the "ground moves" due to the rabbit population.

Within hours of being on the block, he had reduced the rabbit population by about 40 with his "very effective".22 calibre rifle and silencer.

"I was pretty stoked with that."

Although the service was provided free, he would often return to his ute to find a dozen eggs or a feed of whitebait on the passenger seat of his ute — "a token to say thanks".

He also shot rabbits for free on a 200ha dairy farm south of Milton, at Revolution Hills, on a Saddle Hill lifestyle block and at St Mary’s School, where his girlfriend teaches.

He offered the free service because it was an enjoyable hobby, which provided good fitness.

"Some of the places are quite hilly — it’s good exercise."

Some of the dead rabbits were collected for a workmate to cook amd for a friend to feed his dogs.

He was seeking new clients but he wanted to charge $2 per rabbit killed to cover costs, such as ammunition and petrol.