Lessons from experience with bovis

If they have it, it will be the second time for the Eiffelton sharemilkers.

The notice of direction they have been issued this time is because of 15 yearling bulls they brought into their yearling heifers when they restocked.

But Mr and Mrs O’Connell remain optimistic, mainly due to the low risk of the animals.

They worked through it once and they will do so again. 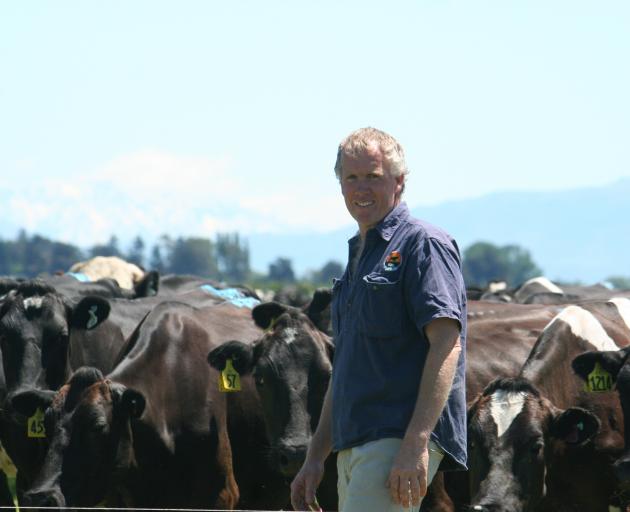 They have supportive and knowledgeable people around them, they will have a plan of attack and use their goal to restock to help them drive the process. The O’Connells milk 1200 A2 cows, supplying Synlait.

It was important to have help to co-ordinate the event and have with a plan that included everybody involved, Mr O’Connell said. They had highly valued advice from former-Mid Canterbury Rural Support Trust welfare co-ordinator Angela Cushnie.

Their "out of the blue" notice to cull 15 cows in January last year set off a journey which gave the O’Connells valuable insight.

They shared that knowledge this month by hosting a resilience during adversity field day on their farm. South Canterbury dairy farmer John Gregan also shared his story about dealing with stress on-farm and best ways to handle it.

The field day was well attended by industry members, farm workers and dairy farmers — including others dealing with M. bovis on farm.

The past two years had been a steep learning curve for the O’Connells. They encouraged others to keep herd records up to date and cows tagged and, if affected, to work with the Ministry for Primary Industries, but be prepared to drive the process themselves, using resources on offer such as the DairyNZ and Beef + New Zealand compensation assistance team (DBCAT) (making claims yourself is much more difficult).

They also encouraged people to surround themselves with others who would help them get through, such as vets, stock agents, financial and farm advisers, DairyNZ consulting officers and the Rural Support Trust.

"A small line of heifers we purchased had been grazing at an infected property.

"It was quite a shock," Mr O’Connell recalled.

M. bovis was confirmed in the culled animals’ slaughter samples and the O’Connells’ precious herd — all 1184 cows, 364 yearlings and 32 bulls — were given a death sentence.

"At the time, it knocked us for a six, but we realised early on that we couldn’t dwell on it.

"We had to stay positive and keep moving. We planned for business as usual as soon as possible," Mr O’Connell said.

"Once you have MPI and bovis in your life for a week you want rid of it as soon as you can."

It was hardest seeing the first load of stock leave the farm, but it got easier.

They found out early on that dotting all the i’s and crossing all the t’s was important for the compensation process to go smoothly.

They took on administration jobs, such as booking killing space directly with their freezing works buyer, to speed up the process.

The O’Connells were keen to restock and be up and running with another A2 herd as soon as possible.

"We wanted to get our claims in quickly, so as soon as we got the all-clear from MPI we could concentrate on buying a new $2million A2 herd."

Every truckload needed a slew of paperwork to ensure the status of each animal was cross-referenced, Mr O’Connell said. If one piece did not line up, it would slow down the compensation process.

They surrounded themselves with good support, got everyone affected involved and used DBCAT to help with paperwork.

It was important to identify issues and work out a plan to minimise disruption, Mr O’Connell said.

"We got into a good routine and for every 200 cows we lodged a claim and got paid within 20 days.

"The cows were valued by PGG Wrightson and then we deducted what the works paid for them," he said.

Once they could buy more, they were ready.