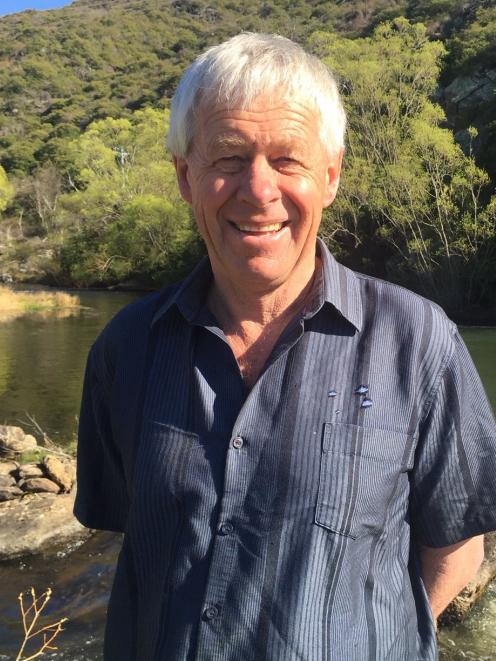 There were two key players in ‘Team Tony’; Tony Banks, the 2016 recipient of the Ron Cocks Memorial award for outstanding leadership in the irrigation industry, and Earnscleugh Irrigation Company managing director Tony Lepper.

These were the days when landowners were promised a new, fully piped irrigation scheme, through the Clutha Development (Clyde Dam) Empowering Act 1982, and when the Government was divesting itself of irrigation schemes.

“By 1986, $21million was touted for an Earnscleugh upgrade, but the settlers [the landowners] said they couldn’t afford $677 per hectare,” Mr Lepper said.

The language was a little more colourful than that. They even told an MP to get stuffed. The price was too high and would have crippled landowners.

Instead, they bought the scheme for $1 from the Crown and were given the $3.3million that went with it to do an upgrade themselves, which included the Strode Rd siphon in 1992, and the Blackmans extension upgrade in 1996. As a co-operative, the landowners put in the voluntary work to make it happen.

Mr Lepper has been working part-time for the scheme since 1998. In 1999-2000, Earnscleugh Irrigation established its own 4.1km pipeline to take water from Lake Dunstan, and in a deal with the Clyde Dam owner and operator Contact Energy, got half the funds back, which means it is in healthy financial shape with about $6million in reserves for upgrades.

Under the scheme, residents do not get their water pumped and piped underground or under pressure to their gate as the Crown proposed in the 1980s, but rely on water races and storage dams.

However, at $56.30 per hectare, Earnscleugh gets some of the lowest-priced water in the country.

This year, the scheme reached a 30-year milestone.

“I’m proud of what we did, to think outside the square, to convert a dryland and to think how do we get water to it. And it means we have a river [the snow-fed Fraser] that doesn’t go dry three months of the year.”

The company has a 25% interest in the Fraser Power Scheme on the lower Fraser River, which is owned and operated by Pioneer Energy. It supplies free electricity not only for the Earnscleugh, but the Galloway, Ripponvale Valley and Pisa irrigation schemes.

At the end of October, the company will reach another milestone with the renewal of the resource consents for the Fraser River, until 2044 and the Omeo Creek, until 2035.

Next year Mr Lepper, who has lived in the district since 1983 with wife Bernice (nee Paulin), will turn 65. While he has no immediate plans to hang up his Red Bands, a succession plan is in place. Working on the irrigation scheme has been the perfect mix for him.

The two-term former Central Otago mayor has been the chairman of Bowls New Zealand for the past five years and was awarded the Order of New Zealand Medal (ONZM) this year.

He was elected to the board of the Central Lakes Trust in the November last year, holds several company directorships and is a government appointee to the New Zealand Conservation Authority. He is deputy chairman of the Alexandra-based Space Science Technology Trust.

After 27 years in local government, he has not been back to the council.