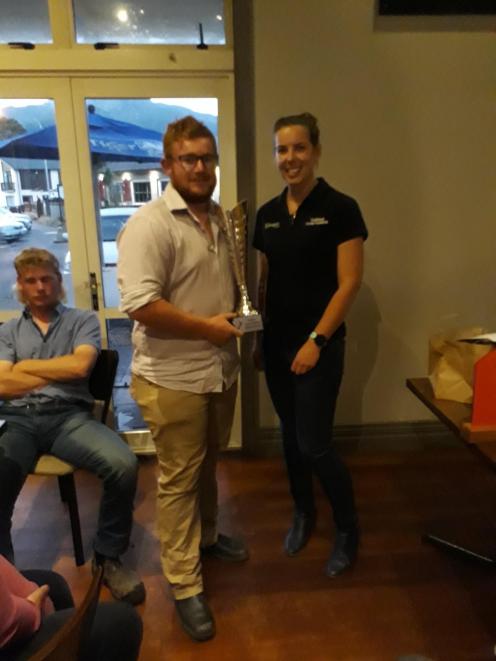 The 22-year-old was elected club chairman in 2017, before heading over the England on a rugby contract.

When he returned the following year he found there was just one member.

“I didn’t want to let the club die so I began ringing round a few mates and I visited my old school, Hurunui College,” Mr White said.

“It’s good for them to get to know some of their community and the older farmers are keen to support them, as many of them have been involved in Young Farmers.”

Mr White narrowly missed the ‘‘most growth award’’ “by one member”.

He was meant to be travel to the national awards, but the event has been postponed.

Born and bred in the Hawarden-Waikari area, Mr White has his own Dorset Down sheep stud, with 40 ewes and 10 replacements, which he grazes on two blocks he leases at Waikari.

“I bought a Dorset Down ram and I liked the progeny he was leaving.

‘‘I started off with 10 ewes and built it up from there.

“It’s very much a hobby at the moment. I enjoy picking out what I’m going to breed with and working with the breed.

“It’s hard competing with the big guns, but I’m starting to see the goals of what I’ve been breeding for in the last few years.”

The stud is named Glenkinnick Downs, a name steeped in family history.

“When the family first came over from Scotland in the 1800s, my great-grandfather bought a Clydesdale from Glenkinnick and the name has been in the family ever since, so I’ve carried it on.”

He planned to build up his stud and to buy his own farm one day.

Mr White was due to start work at Mt Benger farm, near Hawarden, but that was put on hold due to the Covid-19 lockdown.

In the meantime, he is working with his partner, Ally Rutten, at Landcorp’s Hanmer Springs Farm.