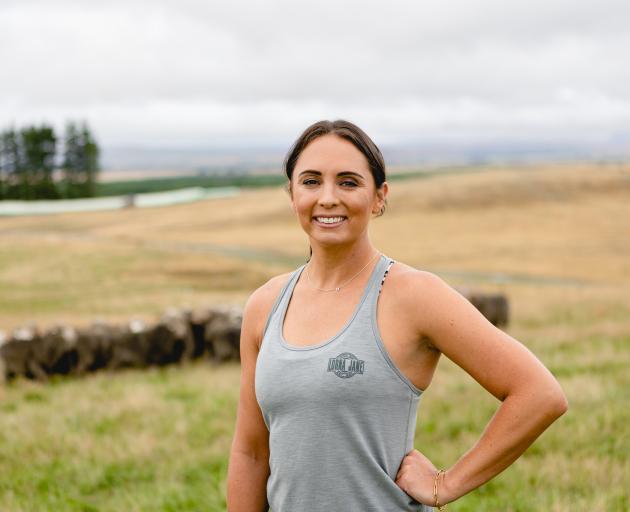 Kate Ivey Fitness founder Kate Ivey gets a thrill out of encouraging other women to exercise. PHOTO: KATE IVEY FITNESS
She has curled her biceps on the shores of Lake Pukaki and lifted weights in the shadow of Aoraki-Mt Cook — now Kate Ivey is getting back to her rural roots. 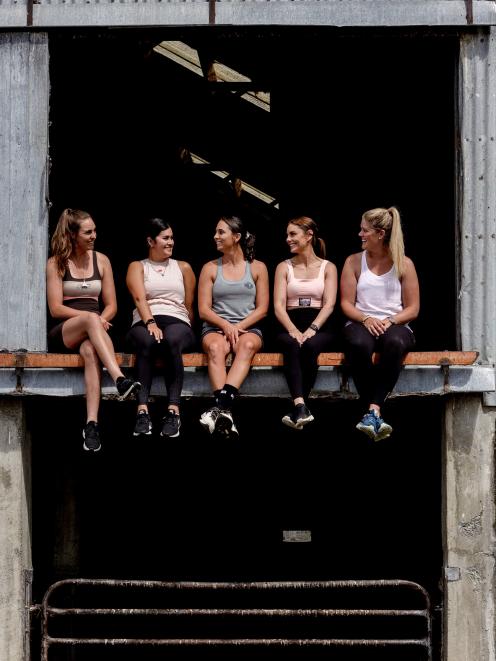 Promoting a new rural fitness campaign for Kate Ivey Fitness are (from left) Ginny Sutton, Sheree Corbett, Kate Ivey, Jess Mackay and Georgie Murray. PHOTO: KATE IVEY FITNESS
Mrs Ivey is the founder of Kate Ivey Fitness, a business which began in her home in the remote Mackenzie Country in 2016 and has grown to 1600 members.

Established with the aim of helping women lead positive, healthy, fitness-filled lives, it started with a simple e-book which was then followed by the launch of DediKate, an online health and fitness community for women.

Initially, membership was predominantly rural but that demographic had since changed and Mrs Ivey was focusing on rural again, launching DediKate Rural today in both New Zealand and Australia, to officially start on March 21.

While rural mental health was often discussed, sometimes women were missed out of that discussion, she said.

Exercise was "just such a great tool" and Mrs Ivey was noticing that more rural women were wanting to do it for the mental health benefits and how it made them feel.

She was "just fizzing" about the rural campaign. Last year, Kate Ivey Fitness did a lot of different challenges but, on reflection, it was too many.

So the team looked at what its core values were and who they could help, deciding there was a need in rural communities and it was a gap they could fill.

Rather than a fancy photo-shoot in a studio to promote the campaign, they got back to grassroots level — literally — in both New Zealand and Australia.

Mrs Ivey’s farmer husband Mark helpfully rounded up a few rams, and those roped in to help also posed in a paddock with some cattle. Then there were the woolshed shots.

The intention was to capture the attention of rural women and brand ambassadors had been selected in both New Zealand and Australia .

"Everything we do is down-to earth and relatable. Our brand is essentially rural anyway," she said.

Mr and Mrs Ivey and their three children live on the run-off block for the 4000ha Glentanner Station — the Ivey family’s property on the highway to Aoraki-Mt Cook — at the eastern end of Lake Pukaki.

While it might be somewhat of a cliche, Mrs Ivey said journey was the right word for the development of her business.

"It really has been a journey. Putting yourself out there on social media is a massive thing."

While she acknowledged it might sound a little arrogant, Mrs Ivey said she never thought that her venture would not been successful. However, it had been both easier and harder than she had expected.

The hard part was the juggle of "everything" — combining business with family life and being a farmer’s wife — "because farmers are all consumed in what they are doing".

And then there was always having to come up with new ideas and she was learning constantly. It took a lot of brain power to be continuously learning and "juggling everything".

But reflecting on the past six years made Mrs Ivey realise just how far Kate Ivey Fitness had come, including exponentially increasing its membership and expanding to staff.

The business doubled its membership from the first Covid-19 lockdown in 2020; it was great to see people taking stock of their lives and realising that, rather than "running around like headless chickens", they need to make changes and find time to work-out at home.

There were lots of warm fuzzy moments, which usually came through "exactly when you need them" from happy customers.

Rural living was quite different now to what it used to be. There were many women living rurally who might not be doing day-to-day farm work, but were running businesses.

It was amazing to see women realising they could "create something awesome from anywhere", it was just a matter of taking that first step.

"You just have to get started, that’s a massive thing I’ve learned. Just get started and, before you know it, you’ve created something amazing."