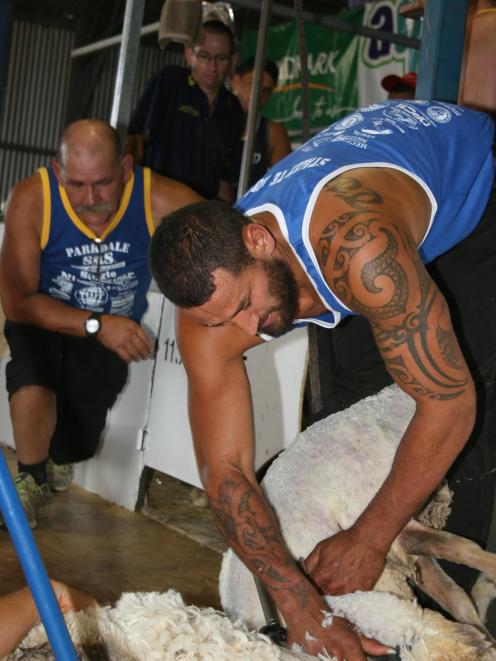 Te Huia aims to claim the 9-hour merino wethers record on December 7, in a shearing shed near Ranfurly.

The record is one of the longest-standing in the books, held by Rakaia shearer Grant Smith, who shore 418 sheep within the allocated time in November 1999.

When asked what it would take to beat Smith's record, Te Huia was quick to respond.

"Nine hours of heart and concentration," he said.

And that is just the competition.

To reach his goal, Mr Te Huia plans to shear 100 sheep in the first run and 80 in the remaining four runs to give him a tally of 420.

Regular 8-hour days of shearing, followed by gym sessions of up to two hours had been on his training schedule over the past four months.

Te Huia is now in Australia to do some final preparation work alongside "guys that are pretty quick", including some who are already record-holders.

He holds a two-stand ewes record set in 2012 and the solo 9-hour merino ewes record, shorn in Australia in 2015. Competing was simply a case of putting his hand up and finding a farmer to supply the sheep and facility, he said. He also has a team of about 30 people who have helped organise the event, which is registered with the World Sheep Shearing Records Society.

Among those supporters were local shearing contractors Mouse O'Neill, Dion Morrell and John Stringer, he said.

"Their involvement has helped with facilitating the farmer, mentoring, in-shed training, enhancing my shearing pattern and development."