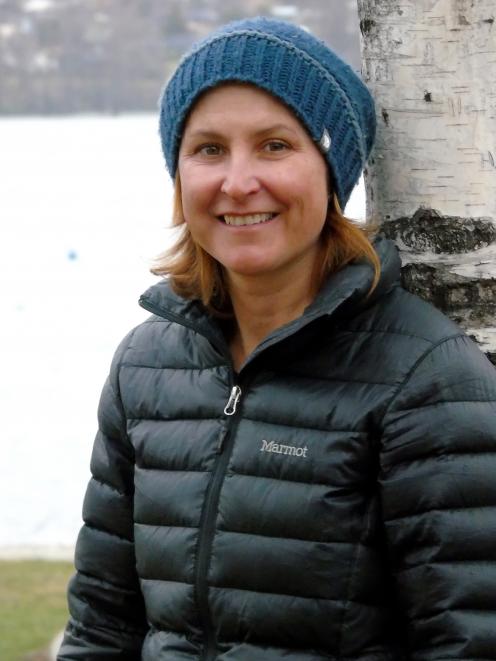 Valli Vineyards' winemaker Jen Parr, of Wanaka, has been nominated as one of six finalists for the Gourmet Traveller Wine magazine's New Zealand Winemaker of the Year award. She also won the 2018 Winemaker of the Year title as part of the 2018 New Zealand Aromatic Wine Competition run under the auspices of the Canterbury A&P Show. Photo: SRL archives
It has been a great year for Valli Vineyards' winemaker and wine judge Jen Parr.

While in Hong Kong two weeks ago she heard she had been selected as one of six finalists in the prestigious Gourmet Traveller Wine magazine's New Zealand Winemaker of the Year award, the only one from Central Otago.

She said the finalists were chosen by top wine writer Bob Campbell MW and his team.

''It is very humbling as the other winemakers who are finalists are all people I consider my heroes and who have made a truly significant contribution to the wine community,'' Ms Parr said.

''I had no idea I was being considered.''

The winner of the award will be announced at a dinner in Auckland next month.

Originally from Oregon, Ms Parr was also named the 2018 Winemaker of the Year in October.

''I had to send in three wines of three different varietals and write an essay, to show the depth and breadth of my winemaking,'' Ms Parr said.

Ms Parr said she had taken a slight risk by including the orange wine as it was not widely judged, but the contest was to showcase her skills, and the orange wine ''pushed boundaries''.

The accolades are important as they recognise the whole Valli team for their skills and expertise, all of which contribute to making quality wines.

''Being nominated is also a tribute to Valli owner Grant Taylor,'' she said.

''He is instrumental at selling and marketing and allows me to do my job better and give us what we need to do our jobs well.

Ms Parr also took part in the Women in Wine mentoring pilot programme this year and has spent much of the year mentoring Katrina Jackson, an assistant winemaker for Chard Farm.

''It is hugely satisfying, but the important thing is it is a two-way street.''

Both she and Katrina shared their experiences and gained benefits.

She said, in her personal opinion, while the pilot programme was for women only, and the second one next year would be more robust, she would like to see it sponsored so it could be opened to both genders within the wine community.

She was not sure she would take part in the second programme.

''I will probably let someone else have the chance,'' she said.