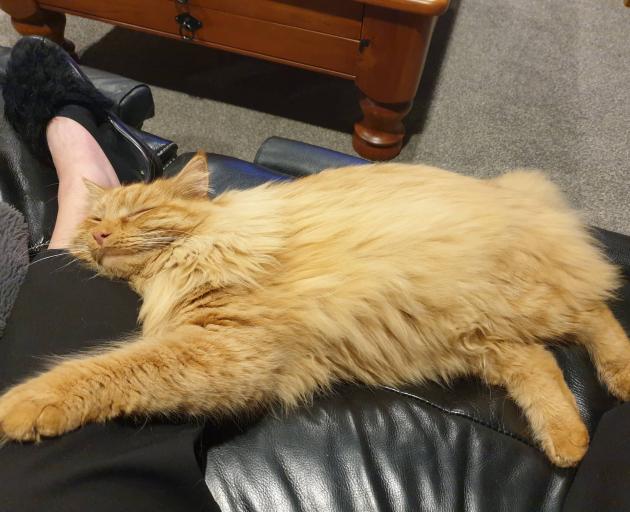 Squire the cat. Photo: Supplied
Squire the three-legged cat from Darfield would have been an easy target for the person who shot him, says his owner Shelly Hindle.

The three-year-old fluffy ginger was rushed to the vet after returning home with blood all over him last Friday.

The vet confirmed he had been shot, causing a fractured lower jaw and leaving bullet fragments in soft tissue.

Hindle said the latest injury occurred after Squire had to have a leg amputated just one year ago due to a crushed paw, which likely occurred after he was caught in a trap.

Having only three legs means he walks slowly and awkwardly, so it would have been easy for someone to aim a gun at him. 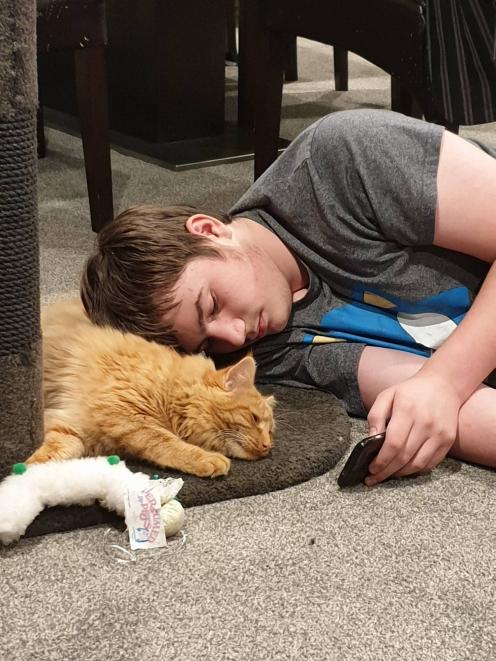 Logan Hindle with family cat Squire before he lost one of his front legs. Photo: Supplied
Hindle said vets’ bills so far were about $3000. The figure was expected to climb as he may need one or more surgeries.

However, the family would be paying it regardless.

Squire was very special to herself, husband Richard and their children, including teenager Logan.

"He’s like a dog, he comes in and he talks to us, he plays in the snow, he has his own teddy bear that he carts around.

"He’s a right smooch, but he’s feisty with it."

Squire is now down to having just six of his nine lives remaining, having been saved as a stray by the family after turning up on their doorstep as a starving kitten.

Hindle said residents of her rural residential neighbourhood shot rabbits and possums, nevertheless, she believes the shooting of Squire had been deliberate.

It made her look back on the incident of his crushed paw one year ago more so as if this had been deliberate as well and she thought that it could be linked to the reported disappearances of a number of cats in the wider area in recent times.

She planned to report the shooting to police.