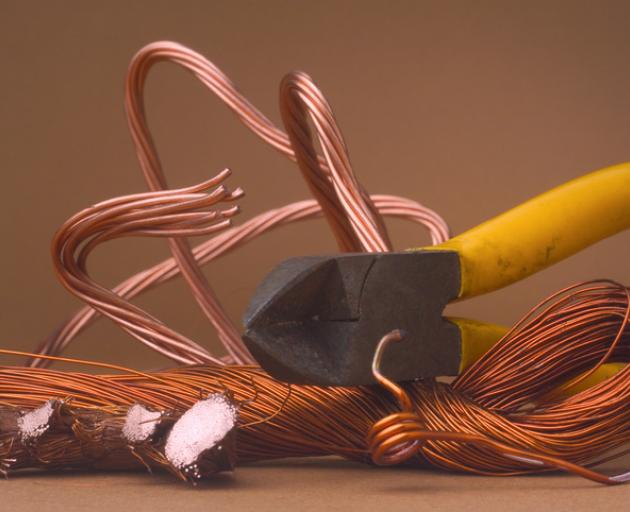 Photo: Getty Images
Copper wiring is being targeted by thieves on construction sites in Canterbury.

The houses targeted were on Ridgeway Ave, Wittington Drive and Chesney Drive.

Harker said police believe the incidents are linked and were likely carried out by one person.

He said copper wiring was also stolen in a number of similar burglaries last year.

"It [copper wiring] has a monetary value," he said.

"The value of the wire itself is not overly large."

Harker estimated the resale value of the wire stolen from each property to be about $50, but said it costs much more to have it installed.

Earlier this month, it was revealed the Selwyn district has the lowest crime rate of anywhere in New Zealand.

Harker said the recent burglaries would not change this status but construction site burglaries are becoming more common in the district due to the area's development.

"There’s a lot of building here, there is that opportunity for people to actually target those sort of areas.

"With all that building, it’s just an opportunity for dishonest people to steal stuff."

He said police are investigating the thefts and checking to see if any video footage of the burglaries was caught over the long weekend.